It’s an oldie, but a goodie and it’s a quintessential Irish American romp – but we still love it! 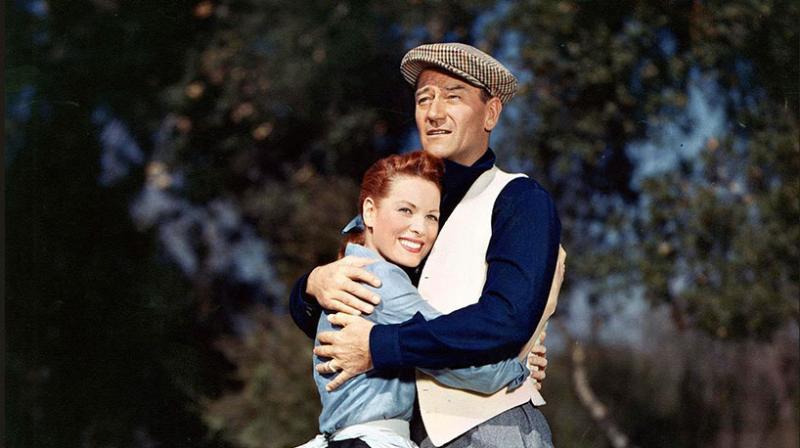 The Quiet Man starring John Wayne and Maureen O’Hara will be screened at Roe Valley Arts and Cultural Centre on Thursday 5th March at 7.30pm.

It’s an oldie, but a goodie and it’s a quintessential Irish American romp, full of clichés, rolling landscapes, tradition and technicolour – but we still love it!
Perfect for a date night or to get you in the mood for some St Patrick’s Day celebrations, The Quiet Man is coming to the big screen screening at Roe Valley Arts and Cultural Centre in Limavady on Thursday 5th March at 7.30pm.
Directed by John Ford and the first American feature to be filmed in Ireland’s picturesque countryside, Ford richly imbued this masterpiece with his love of Ireland and its people.
Telling the story of Sean Thornton (John Wayne) as a retired American boxer trying to put the tragedy of accidently killing an opponent behind him, he returns to the Irish town of his birth where he finds happiness when he falls in love with the fiery Mary Kate (Maureen O’Hara).
Though he is sorely tempted to pick up the gloves against her brother, the town bully, Sean is determined not to use his fists.
Mary Kate and Sean wed but her brother refuses to pay the dowry. Sean would rather walk away than accept this challenge. Even when his new wife accuses him of cowardice, Sean stands firm.
But when she boards a train to leave, he is finally ready to take matters into his own hands.
The resulting fist-fight erupts into the longest brawl ever filmed, followed by one of the most memorable reconciliations in motion picture history. Due to the length of the film there will be a short interval for refreshments.
Admission £5. To book call the Box Office on 028 7776 0650.
Certificate U/Running time 129mins/Released 1952