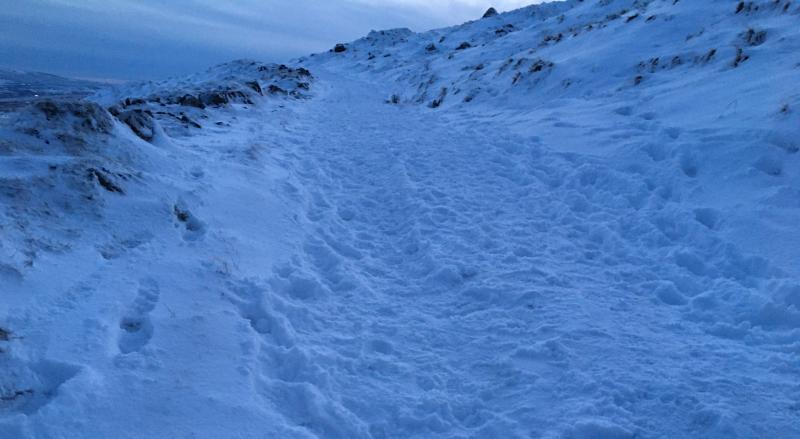 This time last year, the sporting calendar was bursting at the seams.

In rugby, Rainey, with current Ulster player Brad Roberts in their side, were in action in a defeat against City of Armagh. Limavady were double score winners over Randalstown.

St Pius' MacLarnon team were on the wrong side of an extra-time blockbuster against Castleblayney in the league play-offs.

And that's just a taste of January. Then came months of nothing before the GAA shoehorned their season expertly into the tightest of windows.

Now, following what seems like a yo-yoing of locking down and opening up again and pulling down the shutters again, we are back into another abyss of inactivity.

I'm not qualified in economics nor do I claim to have any major political acumen. The horse has already bolted, but unless we can tap into what New Zealand and Australia were able to do, we could keep cycling around in a never-ending swirl of semi-lockdown.

Perhaps the vaccine can be the sweeper system of our defensive plan to close out Covid-19. But like any successful team, the rest of the defenders need to do their own jobs. And not rely on the sweeper. We need to baton down the hatches and see this one out. Whatever it takes.

It's the short term that worries me. There is an absence of fixtures and a chance for the sporting world to blow off steam. Away from the elite, sport is an important vehicle in our sanity. With gyms, swimming pools and leisure centres closed down, the mental health of a nation is on tenterhooks.

The one saving grace is the great outdoors. Rather than making any New Year resolution, which often fail, I decided to take a one day at a time approach and join the 100 Days of Walking, with a target of 10,000 steps a day. Monday marked the quarter marker, so I'm getting there.

It's great to listen to music, a podcast or just daydream on what the sporting year may look like.

But the greatest thing was how many others are doing the same. Forest walks, mountain treks and fluorescent jackets jogging at dusk. All signs of a world getting on the move.

It will keep us going for now, with the Doyle family's exploits on Ireland's Fittest Family fresh in our minds. Healthy body, healthy mind...and all that.

Roll on getting back to normality.