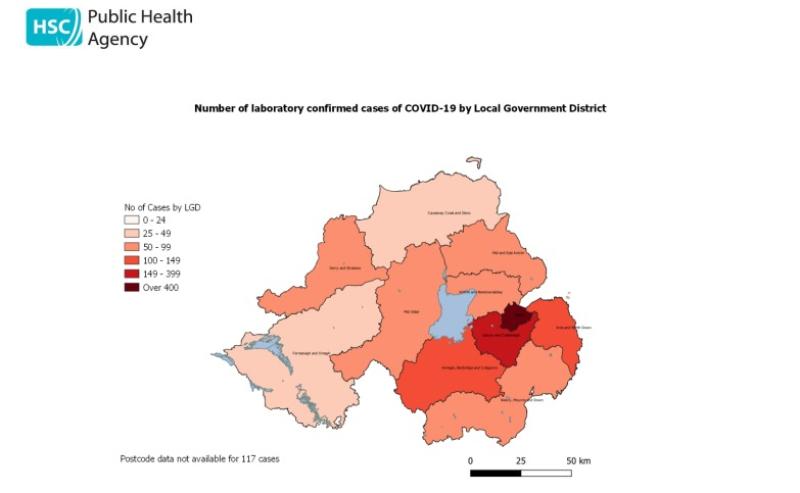 The actual number of tests carried out in the Western Trust area sits much higher than figures presented by the Public Health Agency making it unclear exactly how many positive COVID-19 cases there are in Derry and Strabane at present.

Tests were initially conducted by the Regional Virology Laboratory (RVL) Belfast for all of Northern Ireland.

According to Public Health Agency (PHA) data, over recent days tests conducted in the Western Trust area have gone up ever so slightly with positive cases in Derry and Strabane remaining stable.

However, it has emerged that those figures are not a true reflection of tests nor positive cases to date.

The PHA report from yesterday says that laboratory testing data from the Western Trust started on April 3 and is not currently included due to ‘reporting issues’.

PHA data shows that the number of tests carried out in the Western Trust area is 894 but in reality the figure is much higher.

A Spokesperson for the Western Health and Social Care Trust has now confirmed that 344 Covid-19 tests were carried out at Altnagelvin between April 3 and April 8.

“Prior to this samples had been analysed in the Regional Virology Laboratory in  Belfast.

The current PHA data excludes all tests between April 3-8.

In that time the PHA had reported numbers were going up slightly, understood to be based on regional lab tests.

According to PHA figures, on April 3, 775 tests had been carried out with 35 confirmed cases in the Derry and Strabane area.

On April 4 and 5 there was no breakdown provided for Trust areas.

Neither the PHA or Western Trust was in a position to say how many more positive cases have been confirmed in Derry and Strabane.