Conlan calls for the GAA to take the lead again

The club leagues could be replaced with warm-up games 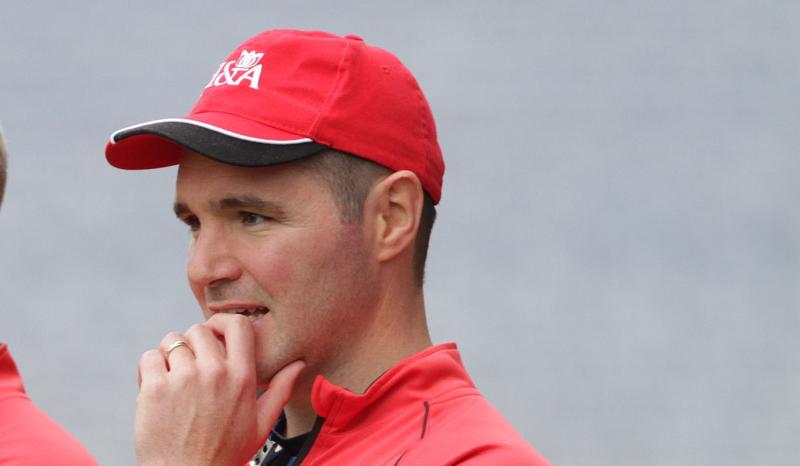 The GAA have led the way in their handling of fixture cancellation surrounding the lock-down, but are going to have to make a call on how the remainder of the season will pan out.

That's the view of Newbridge manager Killian Conlan, who also acknowledges the importance needing to be placed on safely managing the current Covid-19 pandemic that has brought the sporting calendar to a standstill.

Conlan, who also coaches the Ballinderry U10 team, speaks of the 'strange' scenario of going from being busy to being left looking at sport from the outside.

“It is coming up on four weeks this Thursday. We had training scheduled and the first competitive game in the Larkin Cup,” he said in an interview with the County Derry Post.

Conlan, a coach under Damian McErlain at minor and senior level, said it was 'great' to see all the youngsters across the country honing their skills and uploading them on social media. But at senior level, preparations are much different.

The Newbridge squad have also been using technology to keep in shape, with the help of player Nathan Rocks, who has a background in Strength and Conditioning.

“He runs an online workout for the players and they do a bit of road-running,” said Conlan, who is cautious of the implications of pounding the roads.

“You need to be cautious, with players having knee and Achilles problems in the past. Some players don't like using treadmills and we can't use the pitch with the gates being closed.”

Team management is a balancing act, Conlan points out. Players have different types of fitness equipment at home, the squad has a range of ages and fitness levels.

“It is really marrying that all together and watching what they eat. But it is important they are not worrying about it too much and they have this time to spend with their families,” Conlan adds.

He is also aware of the mental health aspect of the lay-off. Gone is the interaction of meeting up three days a week. Like many clubs, the 'Bridge panel has many family links and players are having to refrain from entering each other's houses.

“We have to look at the bigger picture here, the more we can do then the quicker this whole scenario can leave us and we can move on,”

Derry are due to play Armagh in the Ulster SFC on Saturday, May 16. As yet, no decision has been made on the next step. The games involving London and New York have been pulled due to the travel plans involved.

“It is a difficult job for them (fixture chiefs), but they are probably soon going to have to make a call on what they are going to do,” Conlan added.

“After the league, counties usually have a month to prepare for championship. Whatever date they decide to go back to, if they ever do, they will have to allow for teams to prepare. It is going to be very hard for an entire panel of players to prepare for a game they didn't know was going to happen.”

It will knock on to a club fixture calendar Conlan says is 'stretched' already.

“I can see the league maybe being cancelled and used as warm-up games before playing a club championship in the autumn. That's just my thinking and what other people are thinking, but we don't know.

“When clubs started, the Derry CCC were excellent with their communication. You had a certain time limit to put forward dates for weddings and stag dos. You'd imagine that has all been shelved. All of a sudden, new fixtures could be released and they don't suit.”

With sporting teams all over the world uncertain of what is around the corner, Conlan puts things in perspective.

“In the grander scheme of things, it is insignificant when you think about the battles and the real life scenarios that are happening in the hospitals at the moment. To me that is more important.

“It has been great the way the GAA has came together, with each club – with help from the Official GAA – to having different contacts in different communities for the elderly and vulnerable to call on for help and deliveries.”

- Schools' finals to be played when it is safe.  Click here...