Creggan groups join forces to support ‘most vulnerable’ during crisis 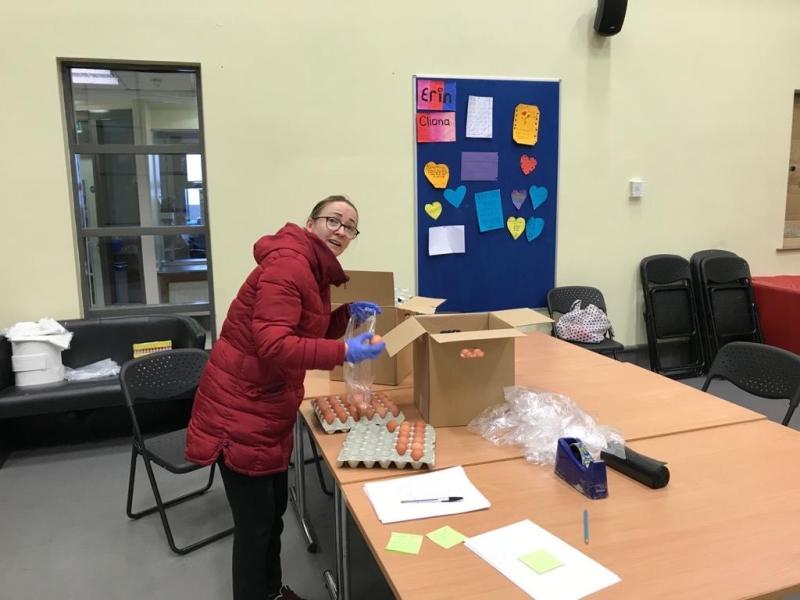 A unique community partnership in Creggan is proving to be a vital lifeline to vulnerable people currently isolated due to the government-imposed lockdown.

Following British Prime Minister Boris Johnson’s shutdown announcement on Monday, the public’s movements have been restricted which has dramatically changed the outlook in the Creggan area and beyond.

People have lost jobs, been forced to self-isolate and cut themselves off from wider society.

A home delivery service run from Rath Mor Centre has become very popular.  Coupled with the distribution of food parcels, it has proven to be a lifeline for people experiencing financial hardship.

The Rath Mor Centre, run by Creggan Enterprises, is a multi-purpose community facility comprising of retail services, a business centre and community services

Popular businesses including the hair salon, café and florists have been forced to close their doors resulting in the temporary, and potentially permanent, loss of 200-300 jobs.

The loss of jobs will have a ‘major impact’ on the Creggan, Brandywell and Bogside area, Rath Mor Chief Executive Conal McFeely said.

What remains at the centre is the supermarket, taxi company, pharmacy, post office and newly opened health centre to provide key services for the community.

A unique partnership between Creggan Enterprises, Creggan Neighbourhood Partnership (CNP) Eurospar and Glassagh Taxis has allowed them to run an effective delivery service across the city.

Those in need fall into two categories: people who can afford to pay for it and a sizeable section of the community who are ‘struggling to survive’.

Forced isolation of already vulnerable individuals means that some are struggling to manage mental health difficulties and are feeling ‘suicidal’.  Phoning for food delivery and meeting the driver may be their only form of contact all day.

“At this point in time we have a social enterprise delivering a service to not only Creggan, the Bogside and Brandywell but to Galliagh, Strathfoyle and so forth.  And what we’re actually showing is the people of Creggan care about the people in this city.

“This is a great example of how a community responds in a time of crisis to meet the common good.

“It shows how the Creggan community comes to the fore at times of adversity to meet the needs of local people and show that we’re all in this together.

“This is about saving lives and giving people hope at the other end of it.”

Below: Mark McCleary (Glassagh Taxis) awaiting his next round of deliveries – kitted in full Personal Protective Equipment (PPE). 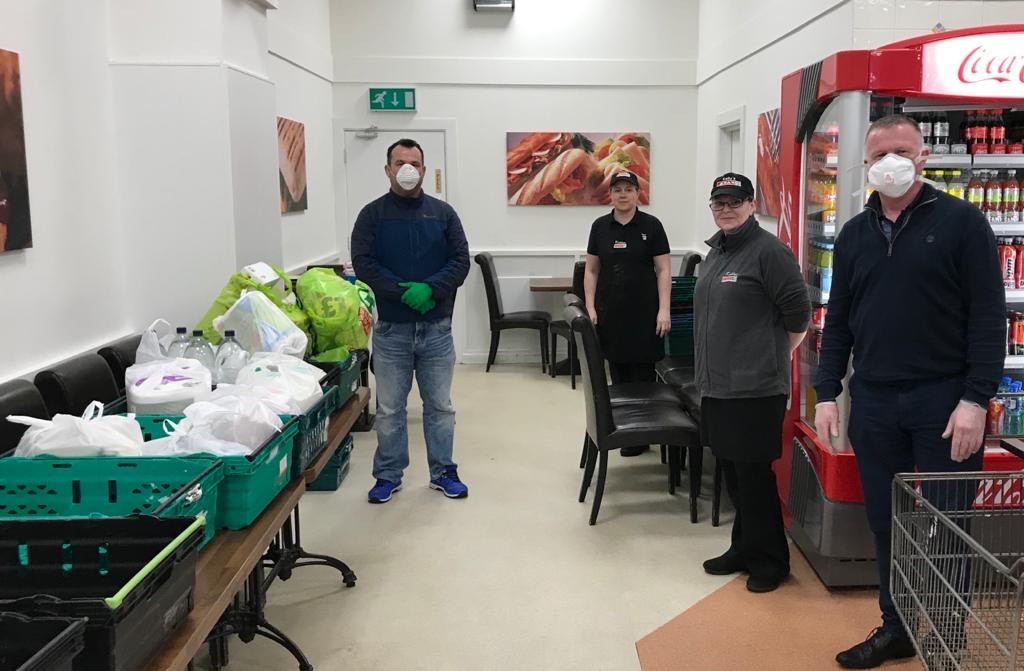 Community workers, Shauna Deery and Tony O’Doherty, of CNP are well placed to identify those most in need.

James McClean and his wife Erin have donated thousands of pounds worth of goods and other figures from the community have made additional contributions.  Yesterday, local bakeries which had to shut gifted a large supply of eggs.

These acts of generosity have allowed CNP to make up parcels filled with essentials for volunteers to distribute accordingly.

Ms Derry explained: “We were offered a huge amount of food from James McClean and following on from that we were able to identify older vulnerable people living within the Creggan are in particular, but also throughout the town to send these packages to.

“Over 200 parcels have been sent out.  We would go up to their front door, knock, leave the package on their doorstep and stand outside their fence to have a wee chat with them.

“Because a huge part of the problem is social isolation for people who don’t have a family.  They’re not seeing a being bar us coming to their door.  We’re primarily delivering necessities like cereal, cleaning stuff, pasta, beans, peas and tinned foods.

“We had a huge amount of baby stuff go out because people were struggling to access baby formula, nappies, wipes and so on.”

Volunteers have answered the phone to people weeping.  One family had a week old baby and were sent home from hospital, their sister had cancer and mother who is also ‘very vulnerable’ was looking after the both of them.

CNP was happy to be able to support this family which was isolated and in desperate need.

Other people have been visibly upset when parcels arrived at the door, thankful that someone had thought about them.  Ms Deery said community workers were taken aback after receiving messages hailing them as ‘earth angels’ - which shows the depth of gratitude for their efforts.

She envisages that demand for such services will increase as time goes by but more people have been coming forward with donations.