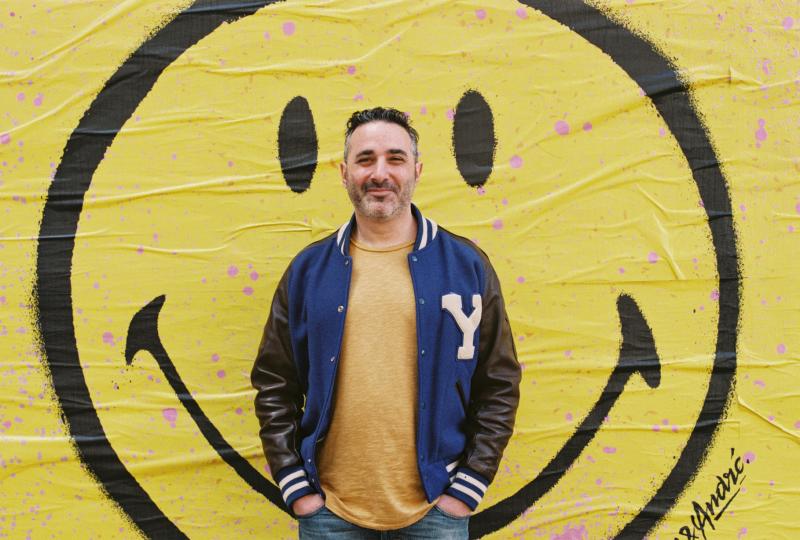 DJ Yoda is one of the many acts who will perform at Stendhal.

The multi-award-winning Stendhal festival have announced the third and final raft of musical performers set to take to the stages at Ballymully Cottage Farm, Limavady, this June 30 to July 2.

The final 19 acts bring the total number of musical performances at this year’s festival to 66 and these new acts will join the likes of Sister Sledge, Villagers, Simon and Oscar of Ocean Colour Scene, Hayseed Dixie, Lisa McHugh and loads more in a stellar and varied line-up.

Festival Director Ross Parkhill says he is delighted at the exciting, varied and eclectic line-up for the 12th edition of Stendhal Festival.

“The line-up has come together really well this year,” he said.

“We obviously have a huge, globally known headline act in Sister Sledge, who will no doubt put on a show to remember, we have A headliner in Villagers who are very different but have cultivated a stellar catalogue of music and amassed a great following and Bronagh Gallagher headlining the Thursday means that we will kick the event off in a very classy fashion.

“The headline support acts are all incredible as well; Simon and Oscar from Ocean Colour Scene will essentially be doing an unplugged, Ocean Colour Scene greatest hits set, which as anyone who knows Ocean Colour Scene, knows will be amazing. DJ Yoda is one of our favourite DJ’s ever, always innovating and igniting any crowd he performs for, Hayseed Dixie are singalong festival favourites all over the world, Lisa McHugh is the biggest female country music star around and Scratch Perverts are another DJ act that will have the farm absolutely bouncing.”

Ross continued: “On top of that Stendhal, as always, is the largest festival platform for indigenous Northern Irish Acts and performers like Ciaran Lavery, The Woodburning Savages and Cherym, will once again show why we consider Northern Irish Talent as good if not better than anywhere else in the UK and Ireland.”

For the third year in a row, global events are making their presence felt in the build up to the festival, price rises across the board have seen day to day life become much more expensive, something that Ross says Stendhal has taken on board this year in their pricing structure for the festival.

“Navigating covid for the past two years has been incredibly difficult and ultimately has left the festival in a situation we are just about managing. However, post covid and into the reality of cost increases across the board, we are in a precarious enough position going forward.

“However, we have always stood by our core ideal that Stendhal will always be a phenomenal value for money proposition and this year we doubled down on that by being pretty much the only company on the planet that has reduced prices for this year’s event.”

He added: “We understand that times are tough for people out there but we also believe in the intrinsic value of the arts and the value of people being able to engage and enjoy them.

“For that reason, our ticket prices this year are cheaper than they were in 2018. It’s a risk for us yes, but one worth taking. If people can’t afford to get involved in or experience the arts then we have a serious problem on our hands.”
For tickets and more information visit www.stendhalfestival.com