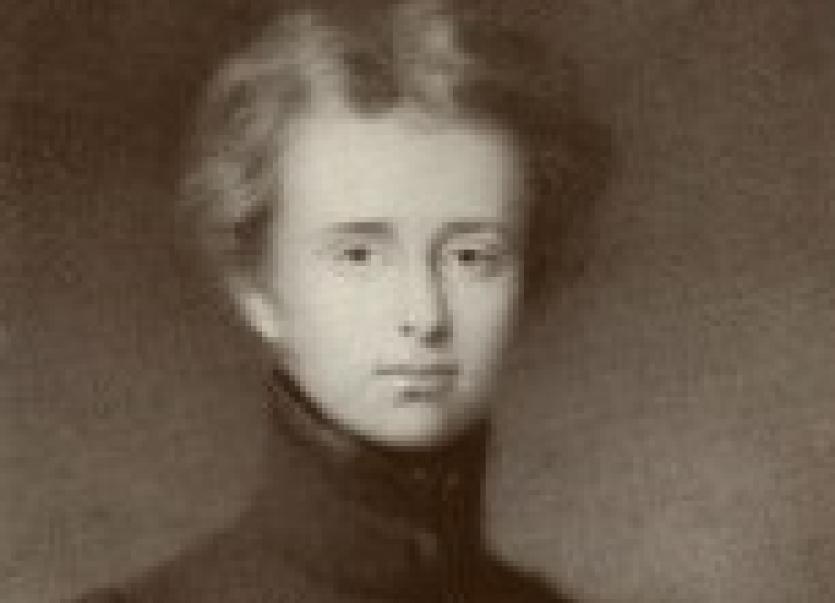 Former ‘Derry News’ Editor, Ciaran O’Neill has just returned from Malaga, in southern Spain (on the Costa del Sol) and was interviewed on ‘Live on Éire’, Spain’s only Irish radio programme.

He was back in Malaga as he delved more into the background and history of Derry man, Robert Boyd, who was executed by firing squad on December 10, 1831.

Boyd was executed for his part in a failed attempt to overthrow King Ferdinand VII of Spain.

In his last letter to his brother, William, Boyd wrote: “Mark you that I die like a gentleman and a soldier. I am to be shot with 60 others in about an hour.”

Robert Boyd was 26 when he died, having participated in General Torrijos’ ill-fated expedition to overthrow King Ferdinand VII of Spain in 1831.

Through betrayal by a presumed ally, General Moreno, the expedition failed, and the participants were captured.

After a period of incarceration in Malaga, they were, without any semblance of justice, taken out and executed by firing squad.According to historians, In 1831, Spain wrestled with political unrest.

Ferdinand VII had been restored to the throne by the British in 1814, on condition that he ruled under the more liberal Constitution of 1812.

Unfortunately, Ferdinand reneged on this, preferring an autocratic approach to sovereignty.In 1820, Ferdinand’s misrule provoked a revolt in favour of the 1812 Constitution.

Ferdinand was captured but then made promises for reform. However, after his release in 1823, he again reneged on these undertakings and avenged himself against his ‘liberal’ opponents with great ferocity.

This repression of those considered to be holding ‘liberal views’ drove many into exile; amongst these was Jose Maria de Torrijos and Uriarte (General Torrijos).

Torrijos sought refuge in England during the 1820s. During his time in England, he attracted a following of like-minded people seeking to defend the cause of liberty and fight against the absolutist and repressive regime of Ferdinand VII.

Amongst those followers was Boyd, then a lieutenant in the East India Company’s army.