Song already get a lot of play on the airwaves

Popular Derry band Lavengro are back with a new single.

The four piece indie-pop outfit this week released 'Get Out'.

The song has been produced by Cormac Butler who has previously worked with The Academic, All Tvvins, Kodaline.

It is described as an anthemic, catchy track packed full of guitar hooks, upbeat bass & drums, groovy Synths and a stellar strong chorus that won't 'Get Out' of your head. 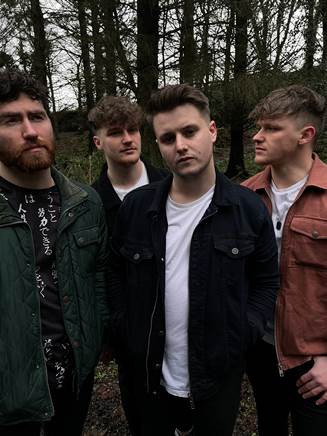 After their last single release 'I Want Your Girl' which was produced and co-written by Billen Ted, the band took a short hiatus to knuckle down and experiment with a new sound.

'Get Out' has already been picked as 'Best Song in the World' by BBC ATL weeks before release.

You can catch the band on Tik Tok @Lavengro as they entertain and rapidly grow their following with their blend of content.

A few of Lavengro’s famous pals have also took part in their new music video for ‘Get Out’.