MacD on Music: Missing the girlfriend you never had 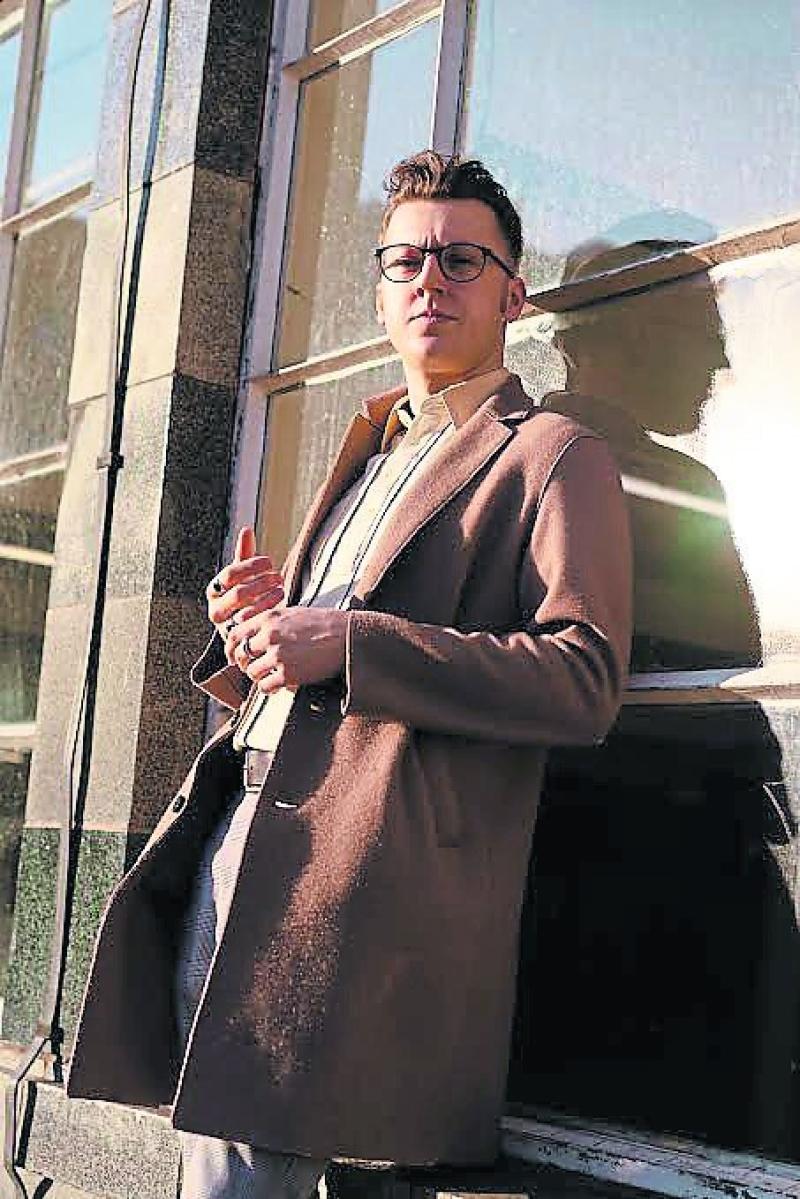 Quentin Wylie . . . based in Manchester.

Quentin is back home ahead of the release of his new songs, ‘Like Glue’ and ‘I’m Not The One For You (Nor You The One For Me).’

Born in Derry, the former Lumen Christi College pupil is based currently in Manchester.

Quentin’s music would best be described as indie-folk-rock that grabs the listener from the opening note. Listening to ‘Like Glue’ for the first time, I was reminded of Ryan Adams covering Taylor Swift’s ‘Blank Space’, both in the music and Quentin’s vocals.

Quentin explains the song has 'quite complex lyrics and a very simple guitar.'

Written after the end of a relationship, the song tells of that period after a break-up, when you think you’re over it until you see your ex’s profile on a dating app or on social media and all those feelings come rushing back, all the good times, where, as

Quentin says, “it’s like rose-coloured glasses, but at the same time you realise, that’s still affecting me a bit.”.

The second song on the EP, ‘I’m Not The One For You (Nor You The One For Me),' was written around the same time and works almost as a companion piece to ‘Like Glue.’ It tells of that time after a break-up, when “you’re looking for comfort, and realising that that comfort is actually a friend thing and not another relationship.”

Musically, the song has “quite complex guitar and very simple lyrics” and features almost Harry Chapin-esque vocals. The production is simpler, mainly being driven by Quentin’s acoustic guitar and harmonica. Both tracks were produced by Brandon Darby.

The songs were recorded in Manchester and represent a coming together of artist and producer, that moment when two musical souls find each other, and history is made. Like Jim Steinman and Meat Loaf, or Phil and Ronnie Spector.

Like everyone else on the planet, Quentin couldn’t escape from Covid. In fact, he caught it early in March last year while living in Manchester.

However, despite being very ill with the virus, he managed to make his time productive. He explains “I was so ill with Covid I was off work for two months so I tried to fill my time reading and writing. It was a struggle to sing but I never had that amount of time to write before”.

The inspiration for the song ‘Like Glue’ came after a breakup in October the previous year and, having had time to think about the breakup and the feelings it engendered, Quentin came up with the lyrics. He maintains just when you think you’re over a breakup it hits you like a wave.

The Derry man moved to Manchester some five years ago. He says “I’ve been living in Manchester five years and just recently fell in with the music crowd. Then I met Brandon Darby during Covid, and he just happened to have a little studio in his home.

He is actually living in a house that used to belong to Graham Nash, lead singer of the Hollies ,and later Crosby, Stills, Nash, and Young. Anyway, he asked me to play some of my songs and he said ‘These two go great together.”

Quentin has only recently returned from Mui Ne, Vietnam, where he was working for eight months and, as if catching Covid’s not bad enough, he was involved in a serious motorcycle accident in June of this year. But, thankfully, he survived and is now itching to get back in the studio.

Quentin is aware that a lot of his songs are kind of sad songs but this is deliberate. He said “I think these days a lot of people are afraid to write a sad song. Not all music should make you happy and, to be honest, I would find it hard to write a happy song. I think it would be a bit cheesy.

“I think you shouldn’t be afraid to write a song that invokes a feeling, even if that feeling is sadness or nostalgia. One of my friends, after listening to me, said: ‘Quentin would make you feel like you miss a girlfriend you never had.”

Growing up in Ireland, Quentin feels he’s been influenced by traditional music here and also the sounds of his newfound home Manchester, with bands like New Order and Oasis. He acknowledges the influence of country on his music but is at pains to point out he means real country.

He said “Some people say my sound is a bit country vibe. I play harmonica on some tracks. But this is not the country of Daniel O’Donnell or Nathan Carter.

"I think Hank Williams would be rolling in his grave if he heard some of the modern country.”

Quentin is looking to the future now he has a producer, a studio and someone to master the tapes and is looking forward to getting more of his music recorded.

He said: “My intention when I go back to Manchester is just to churn out tunes over the next while. I have enough material for probably two albums.”

Quentin Wylie’s songs ‘Like Glue’ and ‘I’m Not The One For You’ are out now.'