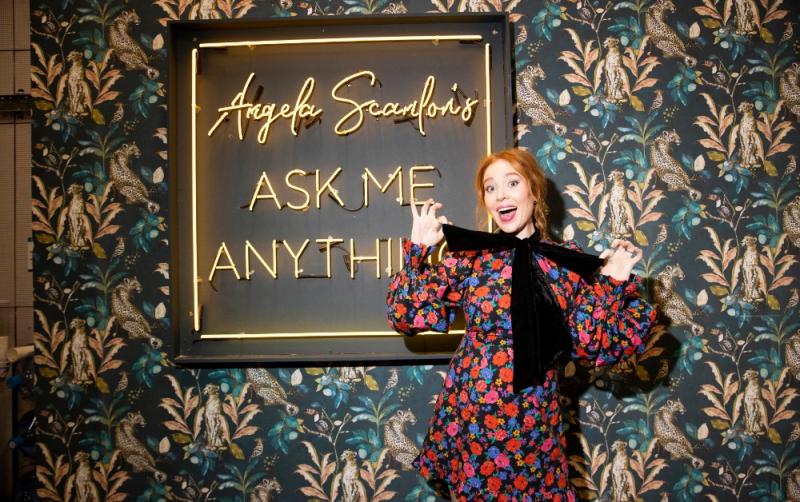 Guest line-up revealed for this weeks 'Ask Me Anything' with Angela Scanlon (Image: RTE)

The guests for Angela Scanlon's Ask Me Anything are revealed.

The Irish broadcaster will be joined by Angeline Ball, Des Cahill, and Stephen Mangan in the fourth installment of RTE One's new Saturday night entertainment show.

Deadly Cuts & Hidden Assets actress, Angeline Ball talks about how she started performing from an early age and even starred on the Late Late Toy Show at 12 years of age. Outside of work, she likes to use her time wisely and productively and has recently qualified as a yoga and pilates teacher. Angela also talks to Angeline about her big break with The Commitments, how she coped with her newfound fame at that time, and how very different it is from today's world.

After a very busy sporting summer, RTÉ sports presenter, Des Cahill tells Angela how it's been an exciting time for him both professionally and personally. Home from covering the Olympics in Tokyo where 'Daddy Des' minded the Irish athletes and a busy GAA championship season, Des talks about his busy schedule and recent family celebrations as his son got married and his daughter gave birth to his first grandchild, who's now the apple of his eye.

Mayo actor and comedian, Stephen Mangan and Angela realise they're actually related, even though it's long-distance! Stephen who is most known for his roles in Alan Partridge and Episodes, talks to Angela about his childhood, working with Ireland's 'favourite uncle', Matt LeBlanc, and how the press created a feud between him and Megan Markle.

Angela brings her fun and inquisitive nature to this one-hour show featuring surprises and unexpected revelations for the celebrity guests, as they all agree to be asked, absolutely anything.