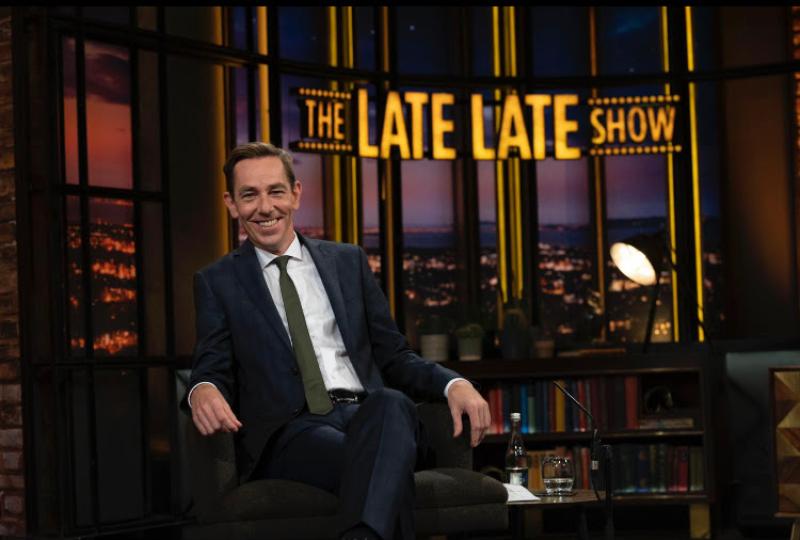 Tomorrows show will welcome its largest studio audience since March 2020

The Late Late Show line up is here.

This weeks show will welcome its largest studio audience since March 2020 along with some of the biggest names in sport, comedy and the acting world.

Ireland’s Fittest Family coaches Anna Geary, Davy Fitzgerald, Derval O’Rourke and Donncha O’Callaghan will catch up with Ryan ahead of the return of the hit series on 31st October and explain how their on-screen rivalry has filtered into real life.

Star of Love/Hate, The Umbrella Academy, Misfits, The Mortal Instruments Robert Sheehan will be on the show to talk about growing up in Portlaoise, becoming an author despite nearly failing English in the Leaving Certificate and why he'll never lose his midlands accent!

Author John Boyne will talk to Ryan about being one of the most prolific and successful Irish authors in recent years. From The Boy in the Striped Pyjamas to The Heart’s Invisible Furies and The Echo Chamber, he’ll tell us the stories behind some of his most successful books and what inspires him to keep writing best-selling novels.

One of the stars of the All-Ireland winning Meath ladies football team Vikki Wall will share her favourite photos from the GAA year from the 2021 edition of the popular book Season of Sundays.

One of the greatest and most influential stand-up comedians of all time Billy Connolly will join Ryan from Florida as he reflects on his stellar 50 years in comedy.

Plus, we will have Tolu Makay and Malaki will exclusively perform their brand new single The Light.