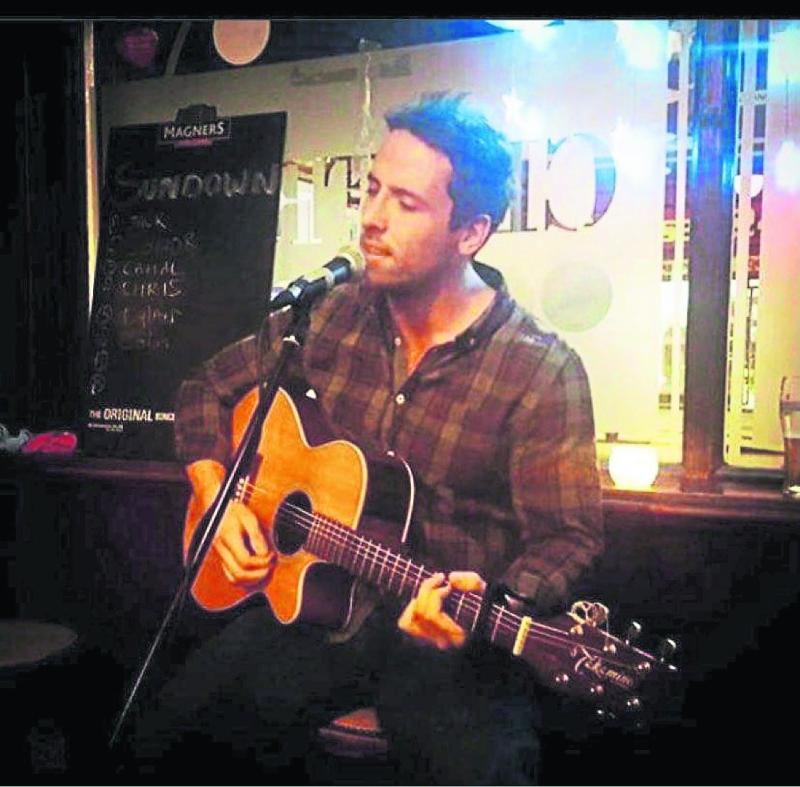 Conor Cummings is an emerging singer based in Derry whose style of Country, pop and rock are influenced by the sounds of Chris Stapleton, Luke Combs, and David Gray, while closer to home he feels Dermot Kennedy and Ryan McMullan have influenced his powerful rock tone.

Conor has dabbled in open mike nights over the years with great feedback however found himself struggling to find the confidence to next the next step into the world of gigging.

However, after multiple lockdowns, playing his acoustic guitar within the confines of his home, he took plunge and into the world of gigging and hasn’t looked back since.

Like most of us, Conor’s life grinded to a halt during COVID. Not being able to do the things he loved he decided once again to wipe the dust off his old guitar and give this singing thing a go.

Luckily for Conor his work from home schedule at times wasn’t overly demanding so he found himself homing in on his guitar skills between meetings.

He credits both his music and his love of the outdoors for keeping his sanity throughout the winter lockdown of 2020.

A keen swimmer, Conor found himself using the cold water, taking regular dips in Enagh Lough throughout the week to stay present and focused, alleviating the worries and uncertainty that gripped the nation during COVID times.

Coming out the far side Conor sees exciting times ahead for himself.

“COVID had really made me realise that the most important thing in life is to do the things that really get me excited.

“Life is short and tomorrow it could be gone, so don’t take anything for granted.

“I’ve discovered my love for music and live performing and this is something I really want to peruse. The buzz from singing your heart out on stage to be received by a rapturous applause is something I can’t get from any other areas of my life.

“It’s amazing, something needs to be experienced to fully understood.”

Smallmint hail from various parts of Northern Ireland, a collective of musicians shaped by their years of service to the music scenes of Belfast, Glasgow and beyond.

Fronted by Andrew Cameron-Braithwaite, they confidently wander the border between Indie Rock and Americana — sounding like a long overdue meeting of the minds of Pinegrove, Frightened Rabbit and Julien Baker AND THEY release “Where We All End Up In The End” on15 October 2021.

The album will be released in its entirety on Bandcamp on 15 October, followed by single releases on DSPs each month thereafter.

To give listeners a taste of the album, smallmint will perform a streamed album launch gig on 13 October and release the fourth and final single ‘Pseudonym’ on DSPs on 14 October.

I don’t know for sure but I’m going to say that DSPs are download streaming platforms. Hot Press have said "The layered production, melodic guitar hooks and enthralling dynamics come together to form a striking and powerful sound" and they know a thing or two. The Last Mixed Tape have said "A well-crafted piece of songwriting, the band's sound moves dynamically with each twist in the song’s tail”, but I don’t believe they’re the actual last mixed tape and Chorblossom have predictably said

"Drenched in dreamy Americana vibes, 'Liv' is a superb second single from smallmint", I’d love to see them rip into someone meself.

‘Where we all end up in the end’ began life in 2017, when live tracking commenced at Smalltown America Studios in Derry.

Smallmint worked closely together with producer Caolán Austin to achieve the sound on the record. Frontman Andrew Cameron-Braithwaite wears his emotional intricacies on his sleeve through his vocal delivery and upfront lyricism, all set to a musical backdrop of crunchy electric guitars and pounding drums.

The result is a confident statement of intent — a testament to the band’s hard work, musicianship, and their own high standards.

He said: “We wanted the album to feel natural and to actually sound like a band playing live in a room, which is exactly how it was recorded. It was important for us to keep that space and energy in the recordings - no need for overproduction or too many overdubs, we wanted to let the arrangement of the music by the band, and the lyrics speak for themselves.”