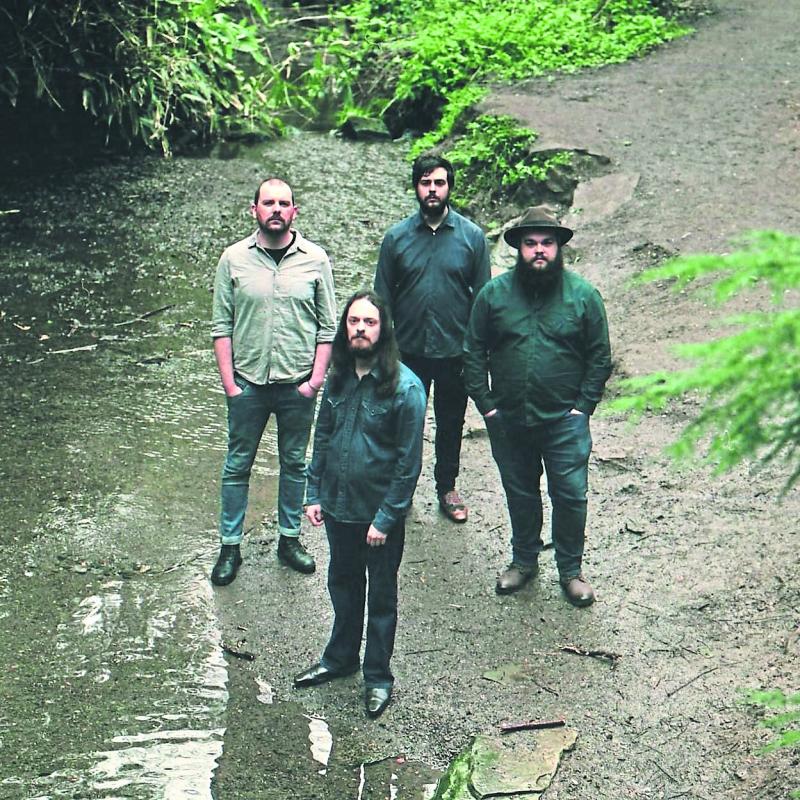 Get it? Really, let me know. No Oil Paintings are a rowdy Americana four piece from Belfast.

What am I doing writing about a Belfast band when all I do is slag them normally?

They do have some good bands and even some great ones and besides most of the funding was gone before anyone else had filled their application.

Where was I? Their mix of folk instrumentation, four-part harmonies and high energy live shows serves to create their own brand of genre bending roots music.

The band share and switch lead vocals with each member delivering their own style and strength to the songs they bring to the table.

Expect to hear everything from swampy blues rock to straight up-country waltzes.

What’d you do during the lockdown?

“Most importantly we finished recording our debut album, but when we weren’t focused on that we just tried to keep creative.

“We recorded live sessions, performed live streams, made ‘zoom videos’ and set each other writing challenges.”

Have you got plans for normality, whatever that is, returns?

“Release the album out into the world.

“ We’ve a few more singles to put out before releasing next year, so we’re concentrating on those and trying to book a tour to coincide with that.”

“We have loads of incredible friends that are part of the music scene here and there really is too much talent to choose from. We’re all fans of The Bonnevilles, Joshua Burnside, Joel Harkin, Laytha, Dani Larkin - The list could go on forever.”

Are there any valuable people, places, organisations to musicians anymore?

“There is a huge lack of infrastructure within the music scene in the North, however the people that are here to help do a fantastic job of it. Help Musicians N.I helped fund a lot of the cost of our album through their ‘Do It Differently’ fund.

"Places like the Oh Yeah Centre, The Nerve Centre, and how they influence the younger generations as well as nurture the more experienced performers is a credit to all of them.

"I think a lot of grass roots venues are incredible throughout the country, but we love The Sunflower Bar and The American they’ve always been good to us - and of course Half Bap Recording Studios where we recorded our album.”

How was Stendhal, I’ve seen you there a couple of times now?

“We’ve slowly made Stendhal a home from home for ourselves, so it’s always a dream to get up to the farm to play again. August 2021 made it our 8th time performing in the last six years.

"We’ve made great friends and amazing memories over that time and will always be there for as long as they’ll have us.”

Any misconceptions about the band that you’d like to clear up?

“I think a lot of people still have us down as quite a bluegrass / folky band, and over the years we’ve had line-up changes and different sounds and styles. I think we’ve settled a lot more now into the Americana/Alt-folk genre.

“We keep very true to our roots and still write folk songs, but they come with a little more decibel now.”

Is the oh yeah of any worth?

“Absolutely, the work that Charlotte and the team are doing there is really admirable. We’ve been fortunate to play gigs for them on numerous occasions, most recently at last years ‘Sound of Music’ festival.

“They have also helped promote us in the past with their ‘Getting To Know’ series and the ‘Native Music Mart’ they host each year.

“Aside from ourselves the work they do with Scratch My Progress, Volume Control, Over The Hill and a long list of other”. Well, that’s me proved wrong. I probably owe them an apology

So, if the Oh Yeah is so good what’s wrong with Irish music scene?

“I think the lack of infrastructure is our only downfall. There is an incredible amount of talent on this island, but we don’t have the private investment needed to be able to export it at the right volume.
“Small things that people don’t think about such as tour managers, tour buses, right up to major labels and publishers.
“We don’t even have representatives for PRS, MU or PPL.”