Magee on Music: Surviving through lockdown

Last Survivor, a brand-new band from Derry has signed an album deal without releasing music! 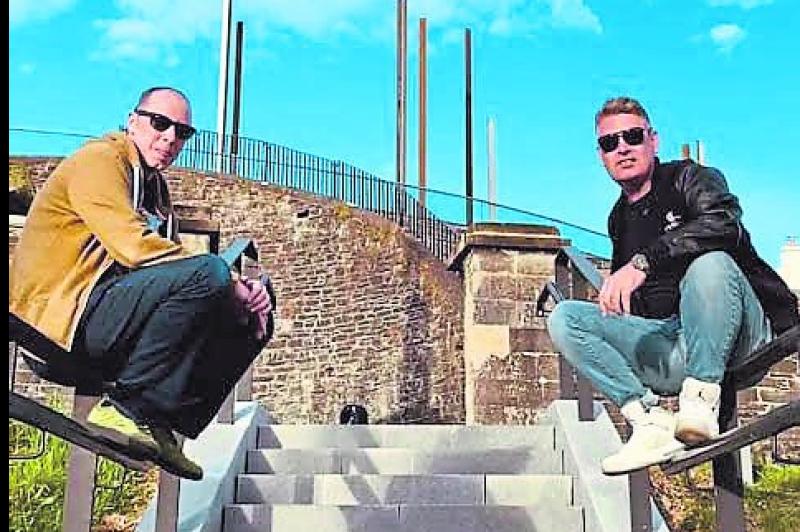 It’s no secret that Derry is a parish that enjoys a bit of electronic music, it’s the home of Celtronic, Jika Jika, The Fully Automatic Model and tons more that I’m going to get in bother for not mentioning.

That being said, these acts have always appealed to all kinds of music fans and If you’re of a certain vintage though the name Declan McLaughlin will be familiar, there’s a couple in the local music scene so from here on I’ll refer to him as Decky Hedrock (even he got so used to the moniker Decky Hedrock that he hasn’t used his given name since the 90s) who is now one of the most celebrated electronic musicians around.

He has one of the most impressive CVs in Irish music. Many many moons ago you couldn’t be anywhere in the village without banging into Hedrock Valley Beats, at least two if not all three would be somewhere on Waterloo Street (if memory serves, which it doesn’t, so ignore), they were a band that formed in 1998 and released various records over the space of five years.

Made up of Decky Hedrock, Frankie Kane and Kevin Fox, they were an award-winning live act and achieved chart success in various countries around the globe including a number one in Australia and National Airplay number one in the USA with different releases with their own brand of Big Beat and Breakbeat music. The band no longer are active.

They were also voted 'Best Breakthrough Producers' at the DJ Mag Best of British Awards 2008, awarded 'No.1 Dance Album' by Hotpress magazine, and won 'Best Live Act' and 'Best Album' at the 2009 Irish Music Awards.

Decky left the group in 2012 (not because of the whole Japanese thing) to pursue his career as Sirkus Sirkuz. which is also known to be the first ever artist to release three EPs with one record label on the same day. 'The Trilogy EP' was released on November 3, 2012 on 9G Records. He also hosts his own monthly dance show on Ireland largest radio station RTÉ 2fm called 'Sirkus Sirkuz Presents'.

In his career, he has remixed songs by artists including Beyoncé, Depeche Mode, Ash, James, Benny Benassi, Kylie Minogue, and Gorillaz, under various aliases. He has also toured with  Crookers, Vitalic, Bookashade,  Deadmau5 as well as collaborating with the likes of Jon Spencer  (yes that Jon Spencer, from the Blues Explosion), Morgan Kibby of M83, and many others.

They started writing music in Nov 2019 and then lockdown kicked in, but it didn’t stop them writing an album’s worth of material in that time and sourcing guest vocalists from all corners of the planet, they then got lots of interest from some quite reputable labels and signed with Atlantic Traxx recently.

Decky said: ”We are absolutely buzzing to have found a home for our music without releasing any material or even playing a gig this last year. The response from the labels was pretty exciting, we sat tight during lockdown, made lots of new music and can’t wait to actually get our songs out finally!”

Decky has decided to reach out to various vocalists he’s worked with in the past to guest star on the new album and collaborated with everyone via the internet, sending ideas back and forth. Singer/songwriter Mick McCallion, who has also been a drummer with rock group Droids concludes: ‘It’s fantastic that we signed a record deal in this way, and we hope once things normalise this will lead to us playing our own shows and gigs soon now too.”

May I be the first to say how good it is to see Mick McCallion again, Droids were pure lethal and it’s magic to see a talent like that isn’t wasted. Dry your eyes. The album will see release later this year with single ‘Waste Away’ coming out to begin with.

There’s a massive back catalogue to go through out there and I recommend having a look/listen to soundcloud.com/hedrock-valley -beats for Hedrock Valley Beats,  soundcloud.com/the-japanese- popstars for Japanese Popstars,  sound cloud.com/sirkus-sirkuz for Sirkus Sirkuz. Keep an eye on the usual social media for Last Survivor who will be releasing 'Waste Away' very soon.