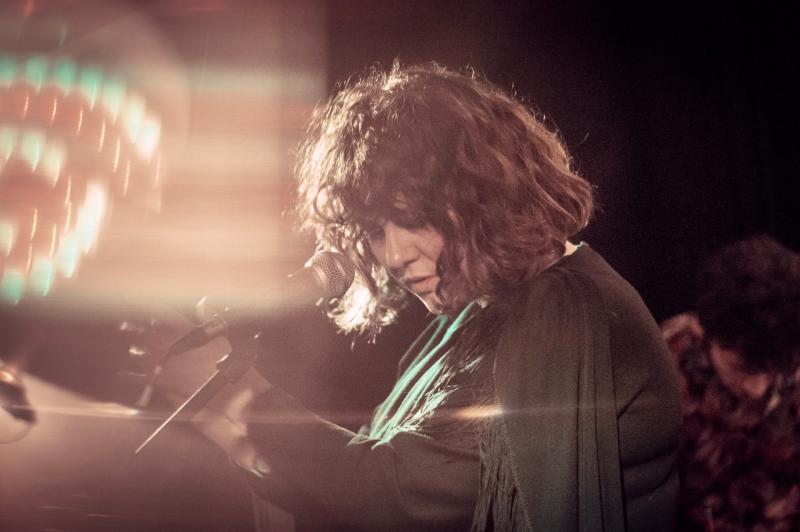 I've spoken to Great White Lies before, they’re a band that mixes a bit of everything and sounds like no one else, they’re another example of sticking to your guns and going it alone.
Siobhan Shiels once told me “Great White Lies would be lucky to make more than €300 for a gig, that's five people rehearsing, travelling and spending up six hours in and around the venue. That culminates in approx. €40 each after travel costs for six hours and work. Why is this so? It's not sustainable. Whereas a wedding band would get paid approx. €200 each for the same hours. Without people creating there'd be no music for the cover bands to play yet we don't appreciate it.”That’s music now.

You are based in the cultural  critical mass of North Donegal, is it easier to be part of a few different scenes than to try to fit into one?
“When you live in a rural idyll it can be hard to find outlets for your music locally. Inishowen's got tons of inspiration yet unfortunately lacks a space to share original music. That's why Derry is my go-to, since I studied Jazz in Derry that's where I began gigging after uni and never stopped. There's a great group of musicians in Donegal who all share and help each other out with a few performance opportunities including Disturbance and being part of Bennigan’s in Derry was a great boon for us. So, finding the middle ground between both counties just as our group makes up folk from across  Ulster.”
2019 was busy, what’re you at in 2020?
“I'm planning an Irish tour with a twist. I'll be working with arts centres and people living in Direct Provision. Where we'll be collaborating to create new works. The people seeking asylum will have the opportunity to work with us and performing any new works with us at our gigs in their area. I'm working with MASI (Movement of Asylum Seekers in Ireland) on this and am hopeful that we can create space to learn from each other and share our creativity bringing each community together instead of people with ulterior motives tearing these communities apart as we, unfortunately, have seen in Moville last year and recently in Leitrim and across our island.”

The funding for albums is a hell of chore.... it’s almost the new record labels in a way.... does it feel like a labour of love or is it a nightmare?
“It's definitely a mixture of both. I crowdfunded and saved my ass off eating beans and toast, which happily I love, cutting out alcohol and becoming a hermit in order to save the monies to record the album as well as I could. Thankfully, It's paid off”.

You've been an active participant in movements and there's been massive forward steps forward, how was it for you?
“Seeing the abortion rights campaigns pass in NI and in the Republic has been amazing. It's demonstrated to me what people power can achieve. The movement to accept asylum seekers in Ireland has been a focus for me especially since Carndonagh has welcomed 5 new Syrian families. I'm eager to set up welcoming measures in my community with Inishowen's first Middle Eastern Festival and we hosted in Moville mid last year with Global Kitchen which brought people form Direct provision currently living in Sligo to share their food with us and we fed approximately 400 people”.

Is it more difficult for women to get taken seriously in the independent scene? (as opposed to the funded pseudo-feminists)
“I've always found it difficult to get noticed, could it be because I'm woman with pesky female opinions that the male-dominated music hierarchy deem less than intriguing? Or could it be that my music is jazz-inspired genre-bending music without guitars?  The tides are changing. I'd like to give up on vying for attention in an oversaturated market where the only folk people want to elevate is more of the same old schitck where there's a ready audience generating money for the industry. I'm making music I like and sharing it with people with whom it resonates. Luckily there's a few stations and DJ’s around the country who appreciate what I do and I've a sound bunch of folks who make great efforts to attend my gigs. I'm making music for myself, them and anyone else who finds me along the way”.
You can find them on Facebook, iTunes and  www.greatwhite
liesmusic.com.