The Oakleafers host London this weekend at Celtic Park. 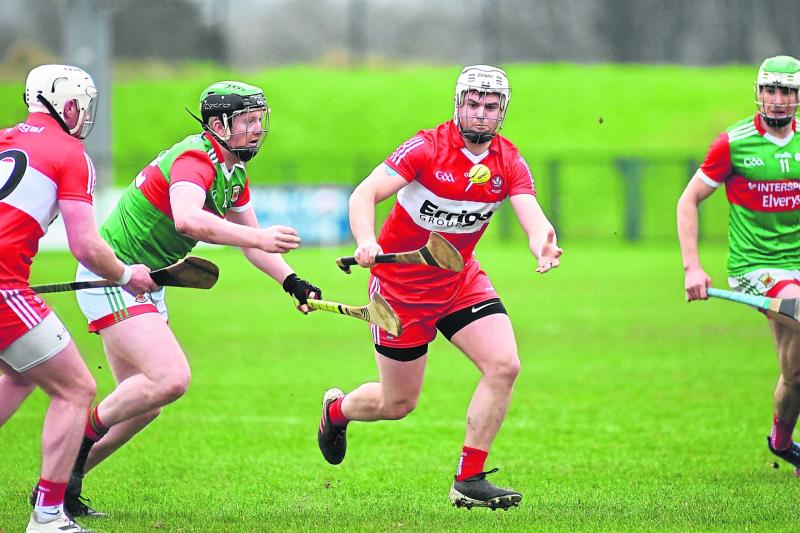 Ciaran Hendry's viral piece of improvisation aside, there was an important hurling match in Letterkenny a few weeks ago.

Derry senior hurlers' win over Donegal at O'Donnell Park saw them all but secure a berth in the Division 2B league final, and the Oakleafers will look to seal top spot this weekend.

A draw against a travelling London side will be enough to guarantee Derry go into the April 2 decider as the division's top dogs as they visit Celtic Park this weekend.

However, Dominic McKinley and Cormac Donnelly's side have a 100% record going into Sunday's encounter and will want to complete a full set of scalps. Derry's Odhran McKeever is having another fine season. Pic by Mary K Burke.

They have the division's highest scoring record (109), the lowest concession statistic (61) and an average winning margin of 12 points from their four games played so far.

All the stats in the world though will count for nothing if they come up short for promotion again, and forward Brian Óg McGilligan said getting out of the division was their main target.

“We've had a few near misses and disappointments,” he told the County Derry Post.

“We've been striving this last two or three years; it's our main objective for this year, to get promotion. It's been within us the last few years and we've left it behind us.”

Sunday's opponents are currently sitting in fourth place having won two of their four games, with both victories coming at Ruislip over Mayo and Wicklow.

Captain Benny McCarry is a scoring threat for London, while Luke Hanley marshals their defence from centre back.

The Oakleafers are a team in fine form at present. Cormac O'Doherty has slotted 0-33 in the four games, while Odhran McKeever, Déaglán Foley and John Mullan have also been scoring at will.

Both management and players have remarked on a high level of commitment within the ranks this season, and the results are following.

Despite injuries to Richie Mullan and Tiarnan McHugh hampering preparations, Derry should have enough to see off London and secure top spot ahead of the league final.