The Derry and Ulster champions take on the Kerry side in the All-Ireland semi final. 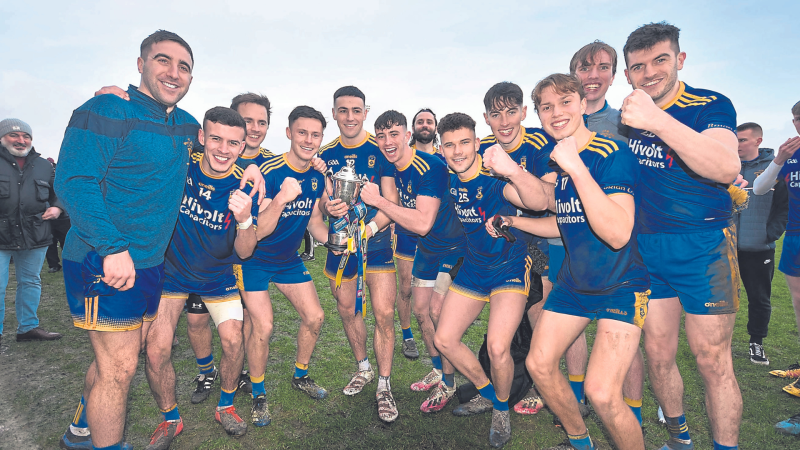 The bookies odds won’t bother Hugh McGrath and his team too much, however, given that at the start of the Ulster series they were 45/1 to land the trophy that captain Neil Forester raised at Owenbeg two weeks ago.

It’s been a fairytale season for the men of Brian Óg’s but there is little doubt that this weekend’s clash with the kingpins of Munster will be their toughest challenge to date.

Both clubs have known the heartache of a long wait for county championship glory. A select few of the current Óg’s panel had the misfortune of being involved in all four of their final defeats (three intermediate and one junior) before they finally landed that coveted Derry title with their 0-9 to 0-8 win over Greenlough in November.

For the Tralee men, defeats in 2012 (Kenmare), 2016 (Glenbeigh-Glencar) and 2018 (Beaufort) came before they were crowned Kerry junior championship winners in 2019, beating St Senan’s.

The season didn’t stop there either, as they went on to claim the All-Ireland at Croke Park with a 3-20 to 1-5 victory over Wexford’s Rathgarogue-Cushinstown. 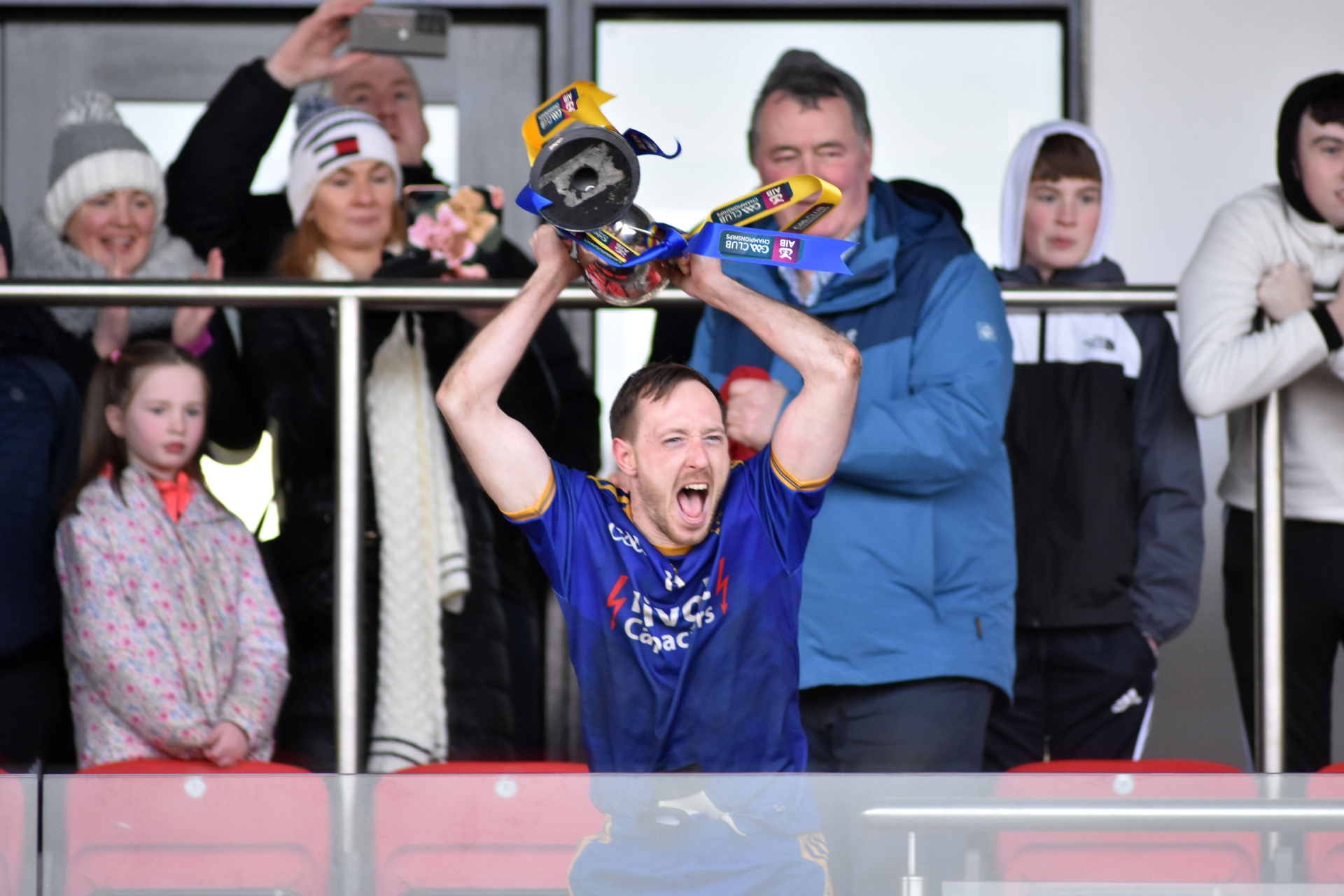 And now, just two years later, they are hoping to return to HQ and have a crack at the intermediate crown. However, it will be a very different team that will take to the pitch at the Connacht Centre of Excellence.

Goalkeeper Devon Burns, defender Enda O’Connor and forward Jack Sheehan have been 2021 championship regulars, but they weren’t even in the All-Ireland junior winning squad due to being too young.

Current county players on the Na Gaeil panel include Diarmuid O’Connor and Jack Barry – both of whom started in Kerry’s Munster final win over Cork in the summer, and in their All-Ireland semi-final defeat to eventual champions Tyrone.

Jack’s brother Andrew and Stefan Okunbar are also part of Jack O’Connor’s panel, with the latter lining out for the green and gold in a recent McGrath Cup game against Limerick. Okunbar – a 2016 All-Ireland minor winner with Kerry - is hoping to claim national glory with his club after returning from a three-year spell with AFL outfit Geelong Cats. 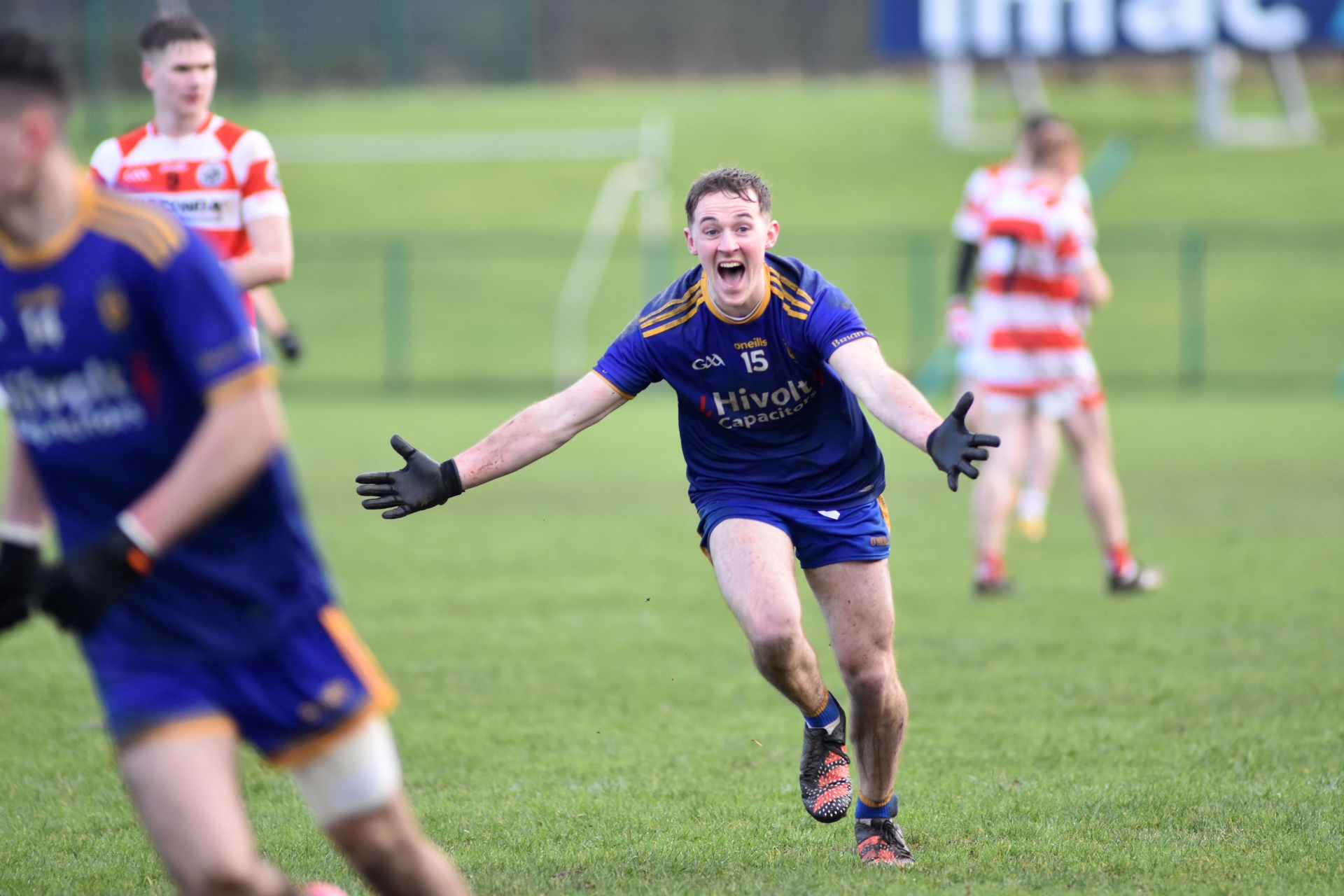 After losing their third Derry intermediate championship final in 2020, Steelstown were a team that weren’t to be deterred this season when it came to county glory.

Lissan, Limavady and Ballymaguigan were dominated in the group stages by the Óg’s before a tight run quarter-final against Castledawson

A rematch with Limavady in the semi-finals had the same outcome as the group stages before a repeat of the 2020 final with Greenlough, but with a different result thanks to a late Cahir McMonagle free.

And then it was on to unfamiliar territory – Ulster football – and they were going to have to do it the long way. A preliminary round meeting with Cloughaneely saw the Derry club dominate the ball, but they needed the crossbar to save them with the last kick.

Donaghmoyne and Butlersbridge felt the power of the Steelstown attack in comfortable victories before a tense and tight Ulster final, emerging as eventual winners against a disciplined Moortown by two. 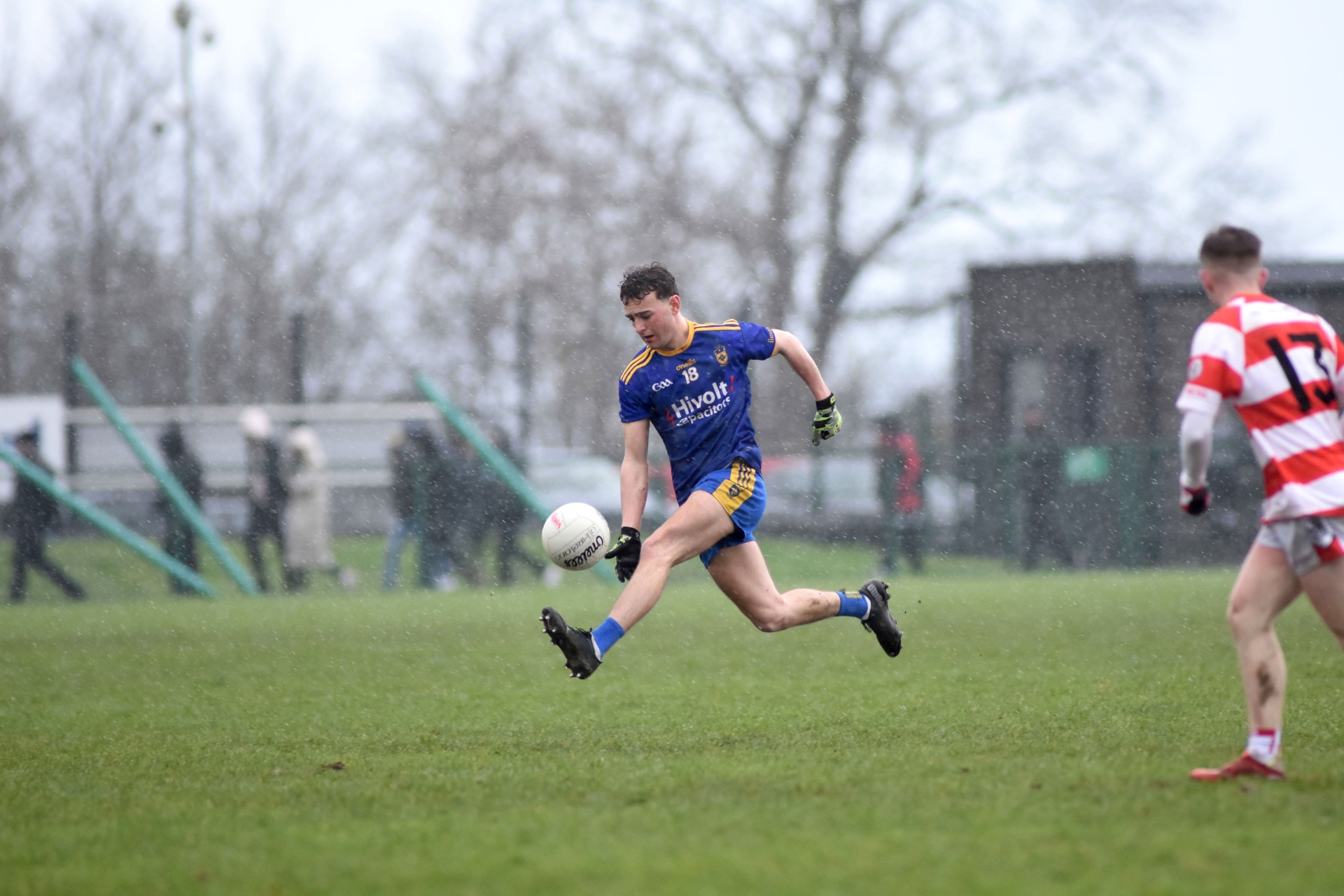 For Na Gaeil, the route to county glory started with group stage wins over Milltown/Castlemaine, Laune Rangers and An Ghaeltacht.

Wins over Ballydonoghue and Desmonds at knockout stage set up a Kerry final meeting with old rivals Beaufort.

There was drama before a ball was kicked as manager Jerome Stack left his role just before the game, with Mark Bourke stepping in and taking the reigns of his club.

Depsite the difficulties and adversity, it proved a game just like the Derry final, with no quarter asked or given. Three points off the boot of Diarmuid O’Connor, Jack Sheehan and Mark Bourke’s son, Jack, saw them grind out a 0-13 to 1-7 win.

Unlike Steelstown, it was just the two games in the Munster series for the Tralee men.

A four-point win over Drom and Inch in the final four was followed with a drubbing of Clare’s Corofin by 6-15 to 1-12, with goals for Sheehan (2), Burke, O’Connor, and Darragh Carmody (2).

Both teams have a similar style of play – wanting to be on the front foot, to break with pace, and a constant rotation inside that creates space and keeps the opposition guessing.

To start, the two men in the number one jerseys will play a key role. Devon Burns hasn’t shirked responsibility for a player so young, while Eoghan Heraghty has been exceptional between the posts for Steelstown since coming on late in the Derry final for the injured Marty Dunne.

Both sides have an eye for goal, so a clean sheet for either keeper would go a long way in securing their club’s passage to Croke Park, as well as accurate kick-outs. 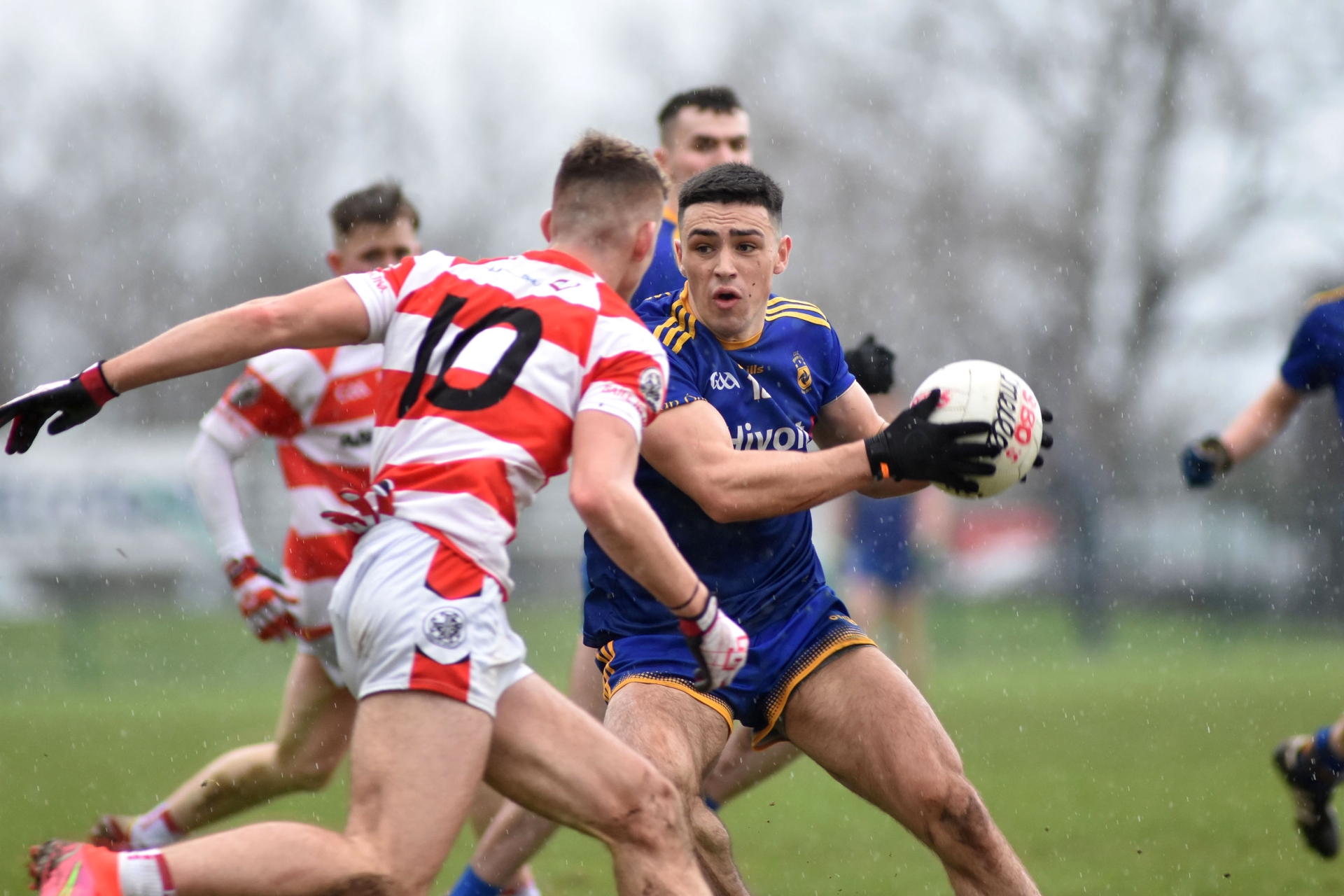 The middle third will be an intense battle. Oran McMenamin and Ryan Devine have formed a nice partnership, supported by Donncha Gilmore.

Stefan Okunbar and Jack Barry are two players of the highest quality, but if the Óg’s can win the midfield war it would give them a massive platform to build.

And from there, it’s attack versus defence. Cahir McMonagle has been the go-to man for Steelstown in Derry and Ulster, and his link up with Ben McCarron and Eoghan Bradley has left defenders in their wake.

Kevin Lindsay is Steelstown’s out and out man marker, and he could be matched off with the experience and guile of Diarmuid O’Connor.

It may well be a battle of the skippers between Forester and Doody – unless Steelstown opt to sacrifice ‘Fo’ as a sweeper or extra man marker given the strength of Na Gaeil’s forward unit - while it will be interesting to see how Steelstown will play the balance.

Diarmuid Baker has been the intermediate footballer of the season in Derry, if not Ulster, but whether the likes of him, Jason McAleer and Gilmore will be able to make their attacking runs from deep is yet to be seen, with players like Jack Sheehan, Darragh Carmody and Jack Bourke lurking, and Fergal and Andrew Barry offering support from wing-back.

WHAT THE STATS SAY

Across their ten games in Derry and Ulster championship action this season, Hugh McGrath’s side have scored 23-149 and conceded 6-77.

On the other side, the Tralee men have tallied 13-100 in their eight championship matches, conceding 3-69.

And the final figures that some might be interested in – with the bookies, Na Gaeil are 4/6 to win the All-Ireland title, while Steelstown can be backed at 7/2.

The corner forward was superb as Brian Óg's sealed their Ulster title.
ADVERTISEMENT - CONTINUE READING BELOW