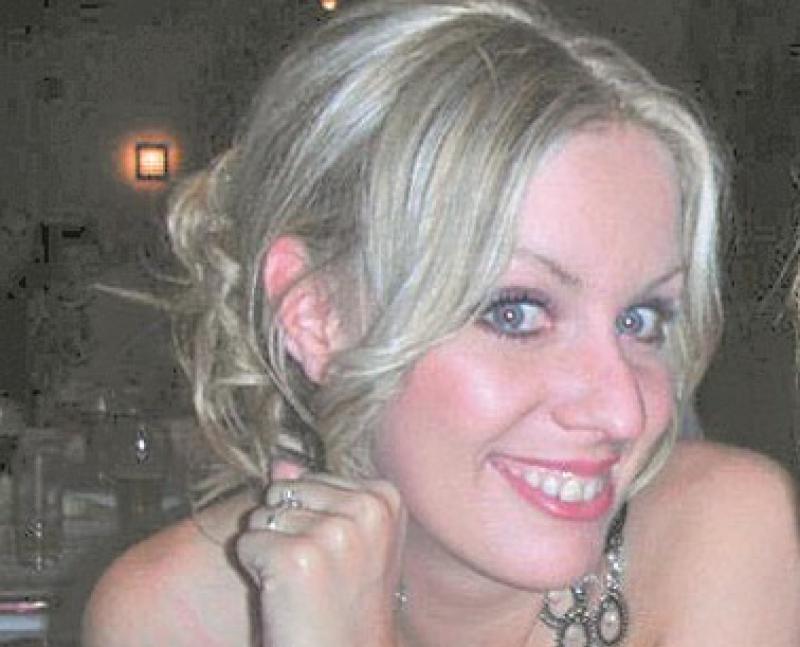 In all the hustle and bustle of daily life at Steelstown Brian Ogs these days, James McGurk often finds a moment to sit on the bench just outside the clubhouse, where he finds a sense of calm and reassurance thinking about the person to whom it is dedicated.

This past weekend marked the tenth anniversary of the passing of Charlene Griffiths, one of the brightest stars to ever shine in the Steelstown universe, and one whose legacy will never be forgotten at a club she helped build into the institution it is today.

Charlene was a lifelong member of the club and one of the key figures behind the club’s success up until her untimely death in 2012, which came after a 9-month battle with illness.

As well as gaelic, Charlene had a keen interest in gymnastics and cheerleading and was also involved in work with several charities, but it was her love of Irish culture which really defined her. A past pupil of Thornhill College, Charlene was also a lover of the Irish language and shared that passion through teaching in and out of the classroom.

Known as ‘Mother Steelstown’, Charlene was a leader and an inspiration to those around her, and on the back of the club’s most successful season in its relatively short history, her impact on the club can never will be forgotten.

“Charlene would be so proud of the club, of how far it has come and of the many developments it has made in recent years,” James says.

“That has pushed the club on and that’s testament to what the club has achieved this year, in ladies football, winning the Derry Championship in a double year and the success of the men, winning their first Derry Intermediate and also their Ulster Intermediate titles.”

Described as ‘the perfect Gael’, Charlene brought a vitality and an energy to the club, which helped James no end when he took over as coach of the Ladies’ team back in 2012. Within two years Charlene had gone, but her love for her club, her culture and her team mates never failed, even in difficult days towards the end.

“I remember the last game she played,” James continued. “It was a challenge match against Strabane in Strabane and she wore the number 11 jersey. It was a case of Charlene still willing to tog out; no matter what she faced.

“Her culture was very important to her and her gaelic games and her language was very important to her and nothing gave her more pride than pulling on a Steelstown jersey and playing gaelic football or speaking Irish. That went even further again in that she put that back into the club at all levels. She was vital to the club at the time and she still is; her memory is still held in very high regard.”

“I would often sit on the wee bench that her family put at the club and just contemplate, and I would take pleasure in reading the wee crest and the memories on it, saying ‘It’s not the years in the life, but the life in the years’.

“That is just fantastic and often after a match, be it a victory or a defeat, when the coaches or the last people have left the club, I would sit on that bench and take the boots off and put my trainers on and go home with a nice calm feeling knowing that no matter what has gone on before me; whenever you’re in the middle of a match and it’s all fire and tongs and all the rest, you can still go home knowing you’ve done your best and the team has played its part and the club has done its part.” 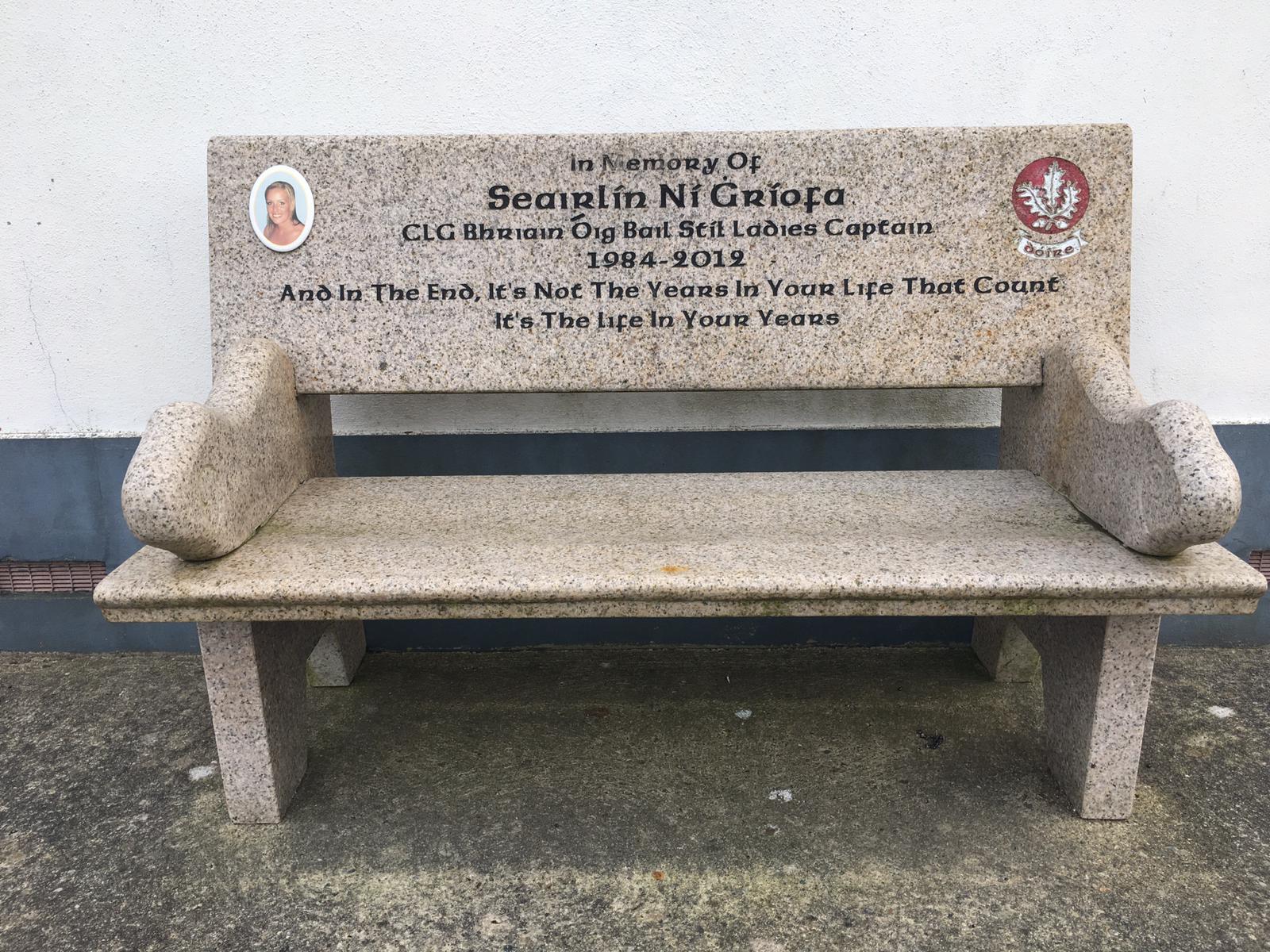 The tragedy which Steelstown has suffered has been well documented over time; the loss of Brian Og McKeever and Charlene perhaps felt more keenly in recent weeks given the achievements of both the senior men’s team and the ladies team. It has been the most extraordinary and enjoyable of months at Steelstown, but the impact of Brian Og and Charlene is still clear to see.

“We have a new generation of committee members and a club Chairman,” James explains. “The people who played with the likes of Brian Og and Charlene are now at the fore of the club. They are driving things on and there are still four or five girls who played with Charlene who are around the senior squad. They are the cornerstone of our senior ladies team. With people like that in and around the club, memories of Charlene and Brian Og will always stay.”

The winning qualities than Charlene exuded are still a part of the ladies team today, even if the majority of players who wore the blue and gold in her day have now moved on. Those qualities have helped build the ladies team into one of the best in Ireland.

“She liked a bit of a night out and a celebration, and that’s why we do it,” James laughs. “Okay, we work hard and when there’s a time for celebration, even when you don’t get the success you feel is merited, but sometimes you just have to celebrate the fact that you’re willing to put in that effort, you’re willing compete and you’re willing to give it your all. That’s exactly what Charlene and Brian are all about. They are still fondly remembered and very often thought about.”

For the new generation of Steelstown youngsters, it is all about fun, camaraderie and friendship. James is one of many Steelstown coaches with many hats; helping out at youth and senior level or wherever is needed, and he knows the importance of teaching the younger kids at the club, not just the intricacies of the game, but of the history of the club they are representing.

“That’s one thing the committee of the club is talking about,” he admits. “We are a club that was formed in 1987 but we didn’t start playing senior men’s football until 1999. The senior ladies were then formed in 2001 or 2002.”

“There’s a generation of players coming through and because of the generational gap, they don’t know much about the history of Steelstown Brian Ogs, and that is being talked about at committee level to make sure youngsters coming through know the reasons why we don’t play with the number five jersey, the reasons why we talk about Charlene and Brian Og.

“The young players coming through the club have got to know that to take part in the culture and the tradition of our club and to remember the people who helped set the club up. It’s very important through player education to show what we are all about, even if it is a short history compared to some other well-established clubs. It is a short history but it’s just going from strength to strength.”

Whatever is next for Steelstown Brian Ogs, the memories and the legacies of those who have gone before will remain. James for one will keep remembering, and when he sits on that bench, he will remember the girl who led by example, who led by friendship and who led by passion for her club, county and country.

“The time has just gone like that,” James acknowledges. “Time flies and sometimes it just runs away a bit. Eleven years ago I lost my own brother and he would still be fondly remembered and thought about every day. Every life, every family, every club has its past members and players, and it’s just very, very important that we remember them. Those memories, they always, always bring a smile to your face, the times you had and the times you shared together.”

“We are the Steelstown girls

We wear are hair in curls

We wear our Steelstown rigs

We always win the brawl

And then we get the ball

We are the best of all

Then when we go out

We love to scream and shout

We are the Steelstown chicks

With our skills and tricks

There is a girl on our team

She is feisty and keen

We call her mother Steelstown

And she loves to act a clown

She is a mean machine

And her name is CHARLENE.”

and best of all

She is OUR STEELSTOWN QUEEN’