A delighted Jason McAleer and Oran Fox have their say on the weekend's title win. 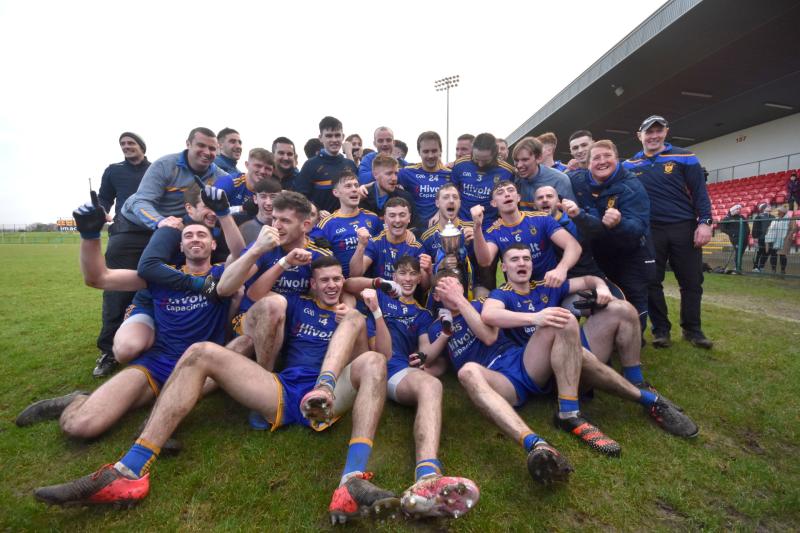 Caked in mud and panting from the exertions of celebration, Steelstown defenders Jason McAleer and Oran Fox were the picture of satisfaction.

Brian Óg's had just won their first Ulster championship, beating Moortown on Sunday at Owenbeg, and wing back McAleer said the side's 'never say die' attitude was key to getting them over the line.

“Winning today is the best feeling in the world. We didn’t think we would get passed Greenlough at times when we were down, but we did,” he said.

“There were many times this year when we were down, and we were down again today, but we dig it out every single time. That’s the sort of team we are, we never say die.”

McAleer was also full of praise for talented Corner-Forward, Cahir McMonagle who scored five points on the day.

“Cahir is unbelievable. He is one of the best forwards in the county, to be honest. He’s just so clinical, you all seen today what he does,” he said.

“Even though he didn’t have much time or space on the ball today, he still managed to get five of our six scores,” he said.

Corner back Oran Fox said the Ballyarnett club’s historic achievement came as a result of their inherent belief in themselves.

“Despite being down we always had belief, we never doubted ourselves. At half-time we looked around and said to each other how we’ve got more in the tank for the second-half,” he said.

“We were patient, we worked the scores and had a couple of brilliant performances from the forwards which helped us get there in the end, and that’s the main thing.”

Fox also touched upon the disappointing first half his team had. He said, “Look, it’s an Ulster final it was always going to take us a bit of time to get into the game. Moortown are a great side and are set up well defensively, and they did frustrate us.

“It’s our first Ulster-Final, maybe the occasion got to a few boys, but we are a young team so that’s expected. On another day we would have been a lot more composed.

“As I said though, we got there in the end and now we’ve another stepping-stone. All-Ireland semi-finals don’t come around often, so we will be ready for it.

“No matter what is put in the way, our boys will always be ready for it,” he added.

This season has been a journey of growth: Bradley

The Steelstown forward said every game presents a new challenge.