Injury doubts for Derry ahead of McKenna Cup opener

A number of experienced players may miss the game against Monaghan. 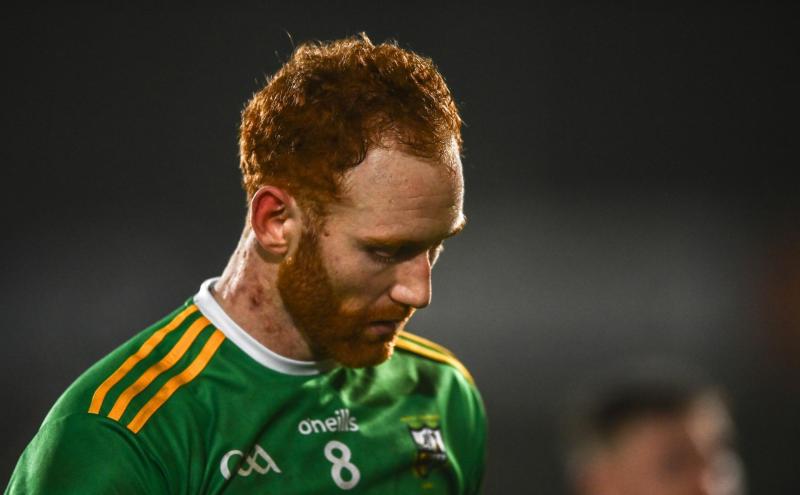 Conor Glass has sustained an injury on returning to county training. Pic by David Fitzgerald/Sportsfile.

Derry could be without four experienced players for their opening McKenna Cup match against Monaghan at Owenbeg on Friday.

Ciaran McFaul, Padraig Cassidy and Gareth McKinless are all carrying knocks, while Conor Glass sustained a hamstring injury during the week.

McFaul is thought to have picked up a knock during Glen's Ulster SFC semi final defeat to Kilcoo in December.

The Oakleafers will also be without Donncha Gilmore and Ben McCarron, who face Moortown in Sunday's Ulster IFC final for their club Steelstown.

While their five-strong Slaughtneil hurling contingent are unavailable due to their upcoming All-Ireland club semi final against either Ballygunner or Kilmallock, manager Rory Gallagher said they have been training with the squad.

"The Slaughtneil players will be focused on their All-Ireland club semi final, but we've learnt the lessons from a couple of years ago, when I first got involved and they were at the same stage," he said.

“They've been good, they've kept their eye in with us as well and have been at a number of our sessions, and you have to give their management credit as well.

“They know the type of individuals they are – the McKaigues, Brendan and Shane – they're very serious about both sports.

“They haven't been doing a huge amount of on-pitch training with us, but we're very happy with their involvement to date and we're trying to work together.

“We'll have a view to all being ready for the first round of the league, no matter what.”

Rory Gallagher said he was delighted to see the return of the McKenna Cup.
ADVERTISEMENT - CONTINUE READING BELOW