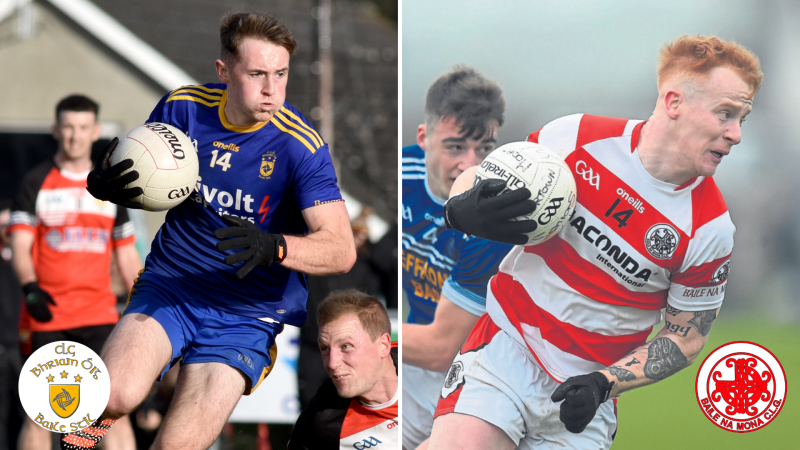 Steelstown manager Hugh McGrath has said their Ulster intermediate final opponents Moortown are firm favourites as the sides prepare to meet on Sunday.

Brian Óg's take on the Tyrone champions in Glen, and McGrath says St Malachy's are a force to be reckoned with.

“The bookies are never too far wrong and they've had them as favourites the whole way through, so I don't see anything that has gone on between times to change that,” he told the County Derry Post.

“In terms of their semi final, it might not have been the highest scoring but there was definitely good football, a lot of physicality and a lot of heart shown in what they did. 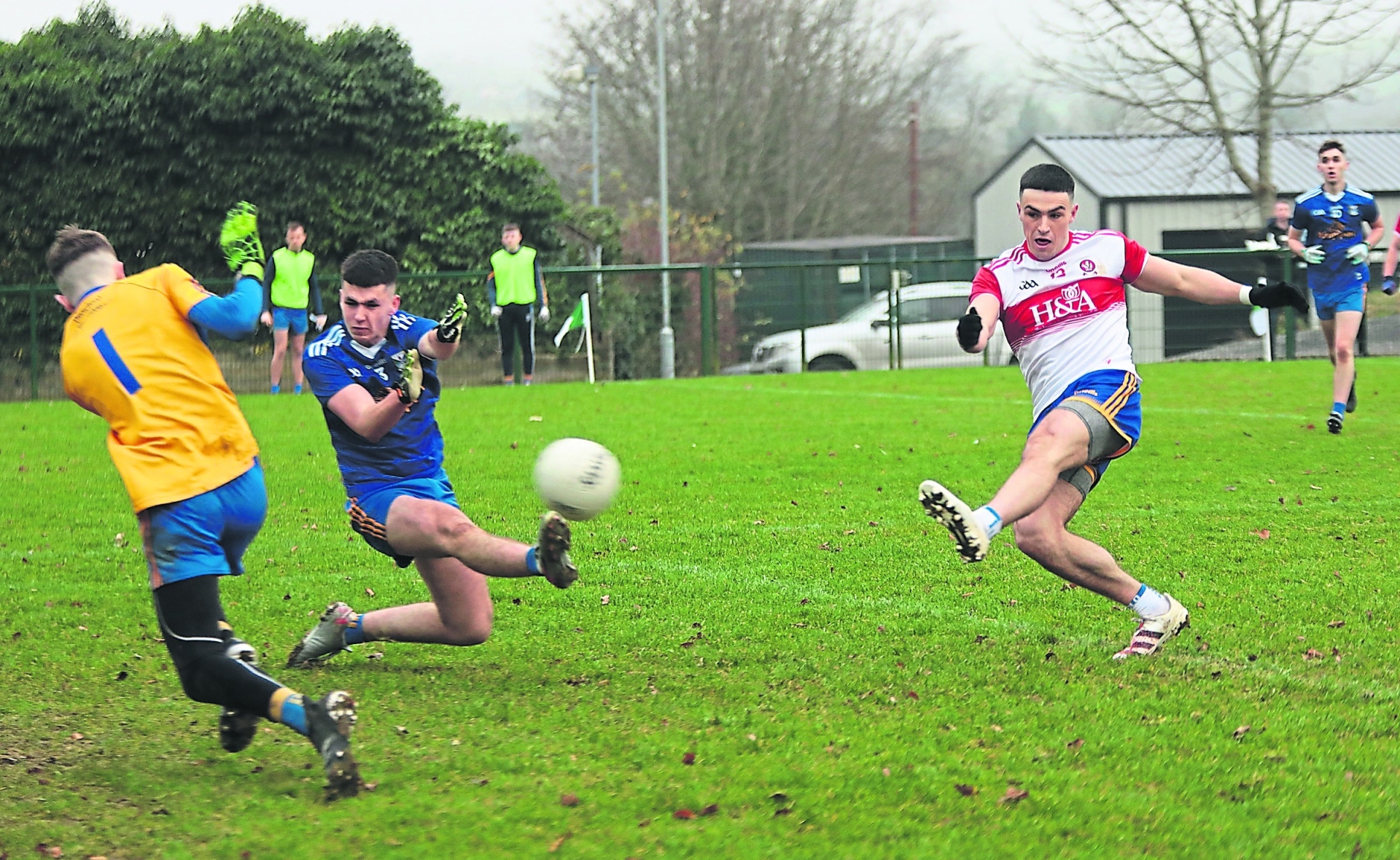 “They went behind early, didn't panic, had great composure and just showed what they're capable of; it's why they've been favourites for the Ulster title since even before the Tyrone intermediate final.

“They ground it out, which they've done for a couple of games. You don't win a championship in Tyrone if you're not able to grind things out.”

After a tricky opening encounter with Donegal champions Cloughaneely, Steelstown cut loose, hitting 9-26 in wins over Donaghmoyne (Monaghan) and Butlersbridge (Cavan) to reach the decider.

McGrath, though, says a repeat of those numbers on Sunday is very unlikely.

“It will definitely not be free-flowing, the surface it's going to be played on will dictate that,” he said. 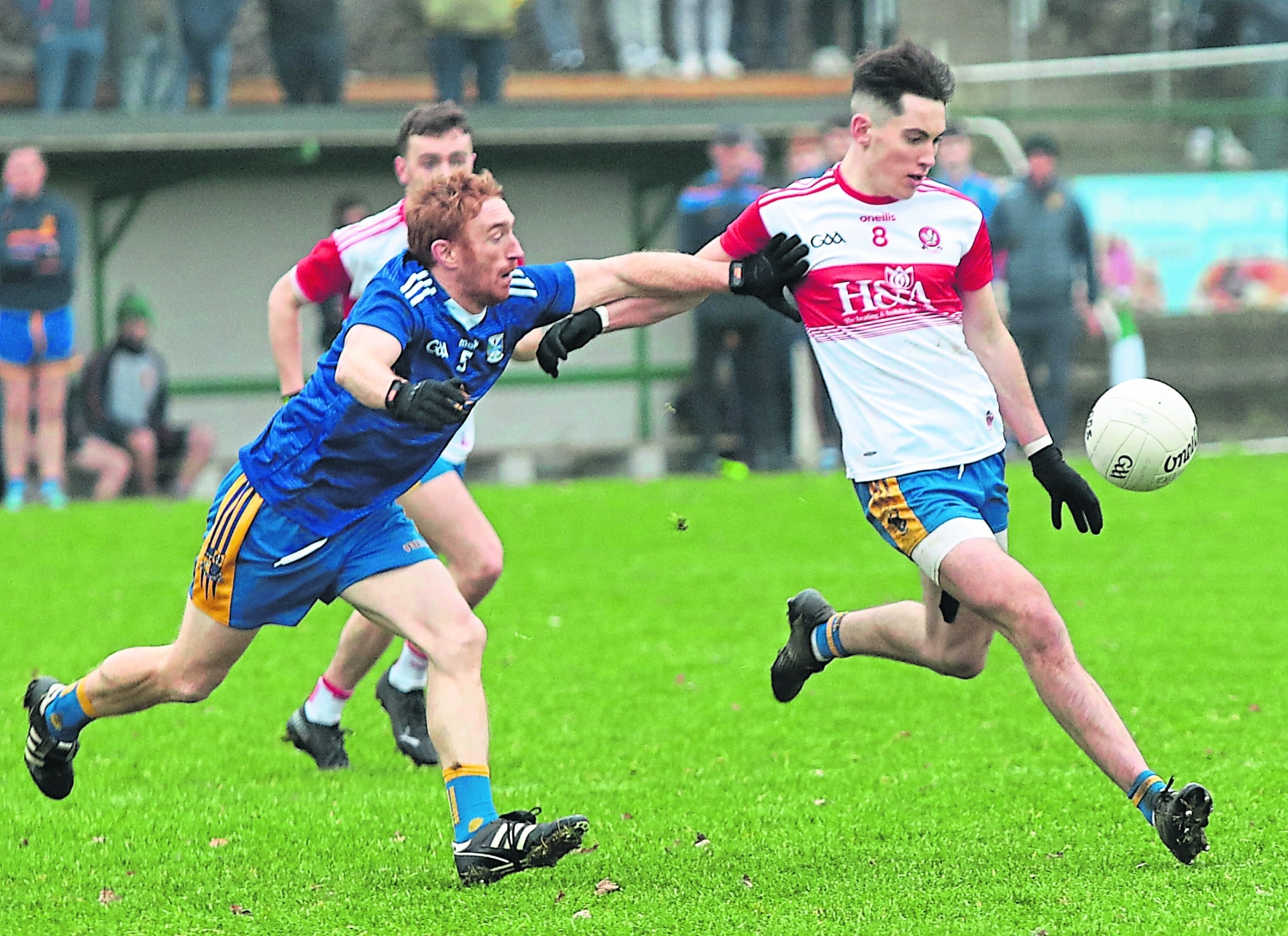 Oran McMenamin gets his shot away in the semi final. Pic by Tom Heaney/nwpresspics.

“Glen as a venue – the stand, the whole setup, where it's based – is excellent. You can't fault it; they're a great club, but our concern is playing on a pitch that's notoriously soft in winter.

“I think when you see the junior final going to Clones and the senior final to Athletic Grounds, you can get hung up on these things.”

This time last year, Steelstown's players didn't even have a county medal, while now they are preparing to embark on an Ulster final.

The magnitude of their achievement still has not had the required time to bed in.

“They haven't had time to think about it. Because you're going every couple of weeks, all you can focus on is the next game, and that's the beauty of it.

“We've never been here before; we don't have any experience of it, so all we can do is focus on the next game. That's cliched, but you don't think too far ahead.

“We're a young group, a young squad, and they just love whatever the next challenge is, seeing how they can test themselves and going out to perform.

“We hope they put in a performance close to what they have in the last two games, and if they do, we'll not be far away.”

Rocks: We will be wary of Steelstown's scoring threat

The Moortown manager looks ahead to Sunday's game.
ADVERTISEMENT - CONTINUE READING BELOW