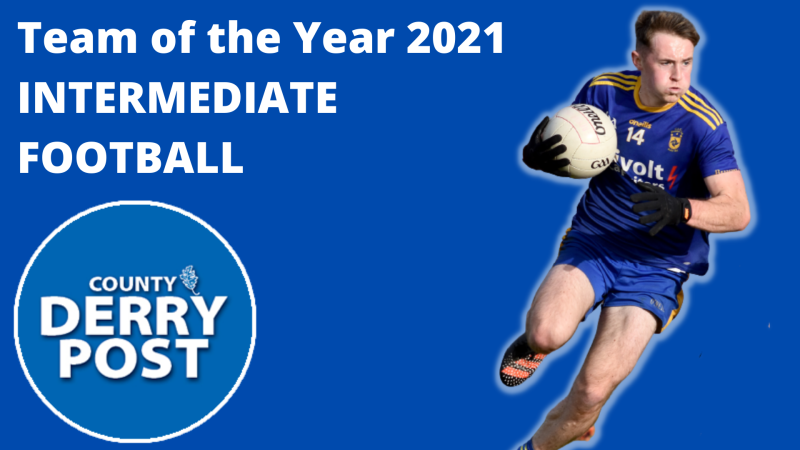 After finally breaking their championship duck, Steelstown have eight player on the intermediate football Team of the Year, with beaten finalists Greenlough accounting for a further six players. 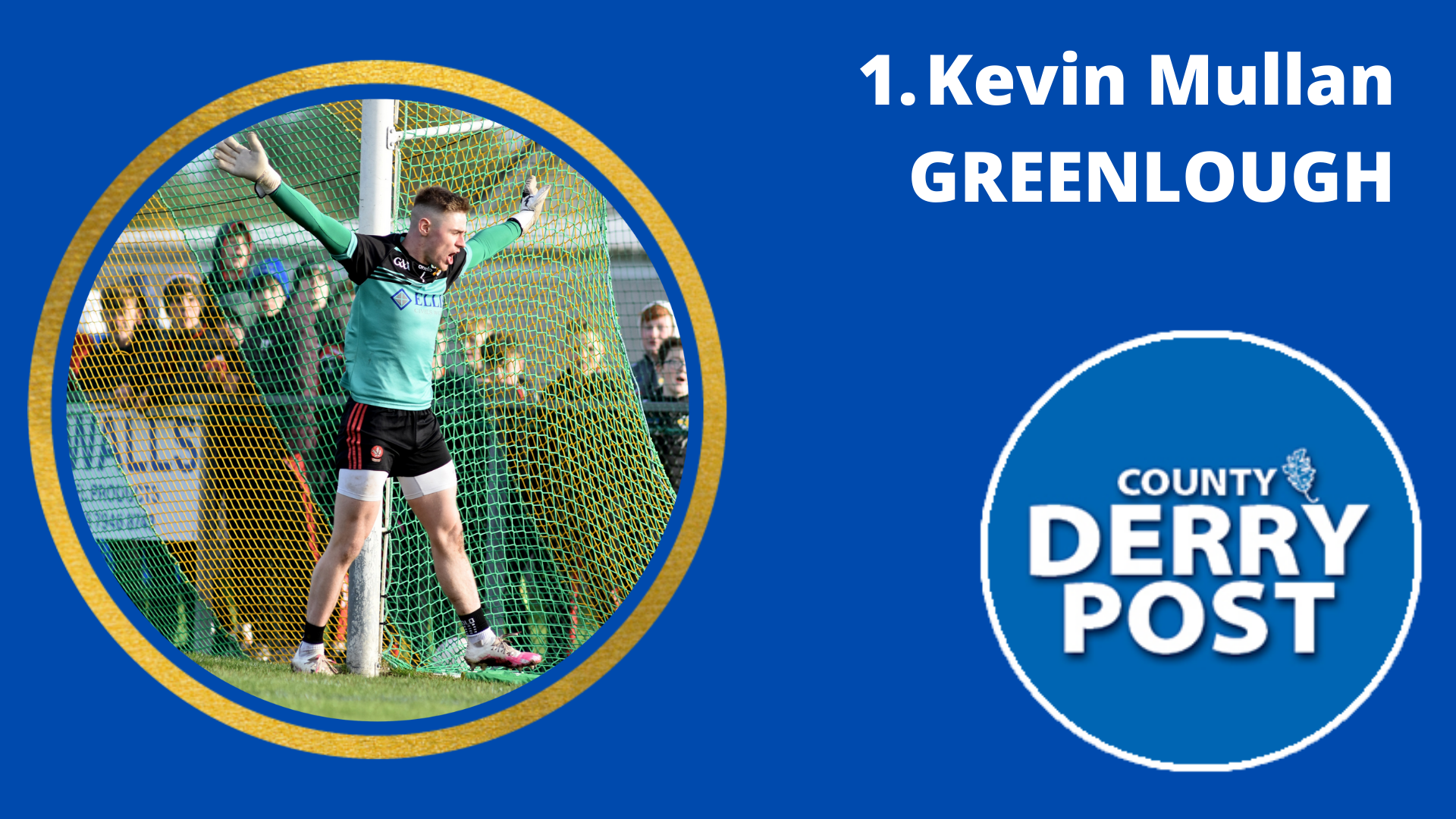 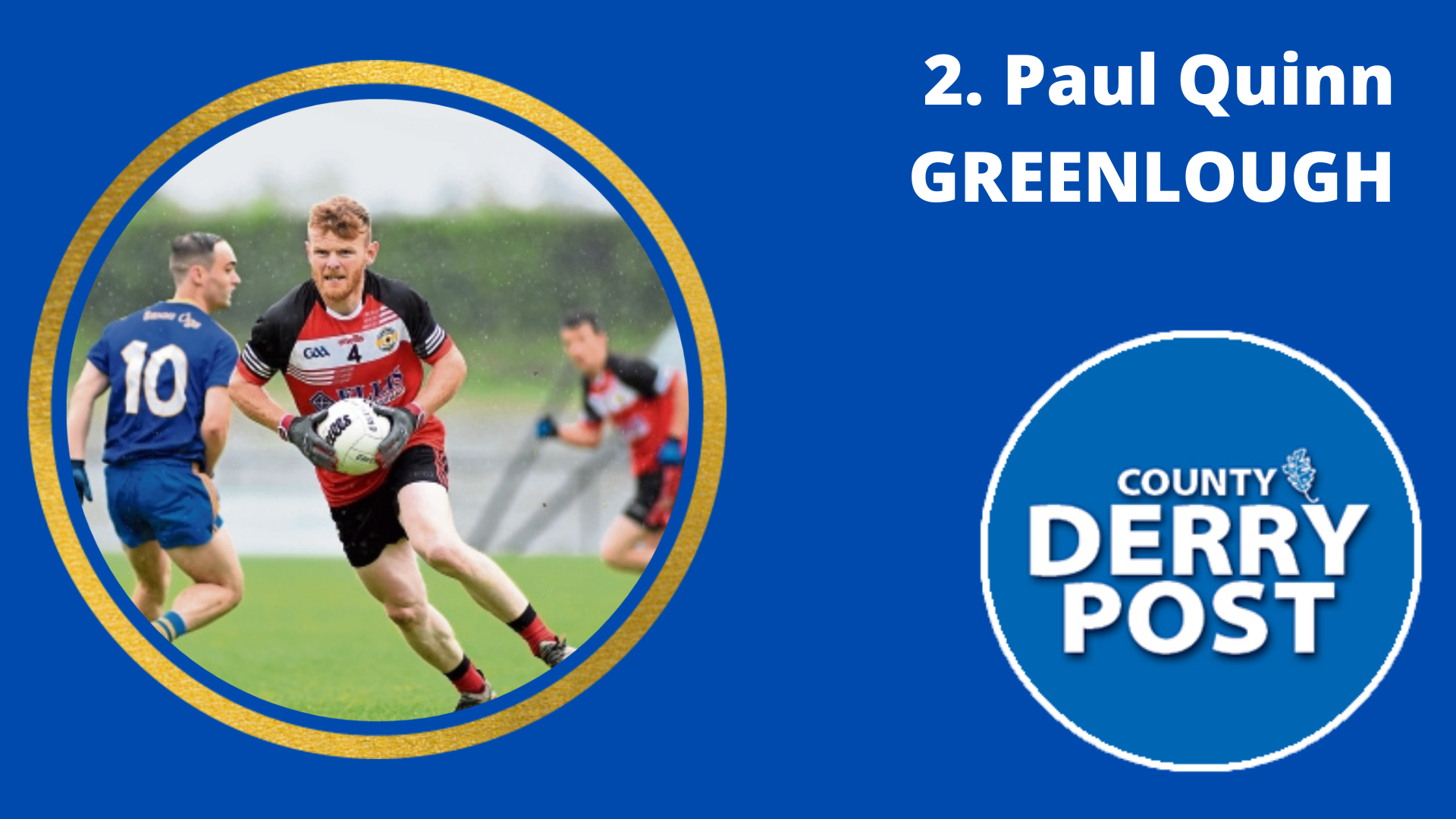 Quinn organised the Greenlough defence that was narrowly beaten in a low-scoring county final, and was a tough competitor throughout. A consistent performer, he was comfortable bringing the ball out from the back and supporting his team-mates in attack. Quinn has a seemingly indefatigable engine, and a willingness to give everything to his team's cause. Pic by Mary K Burke. 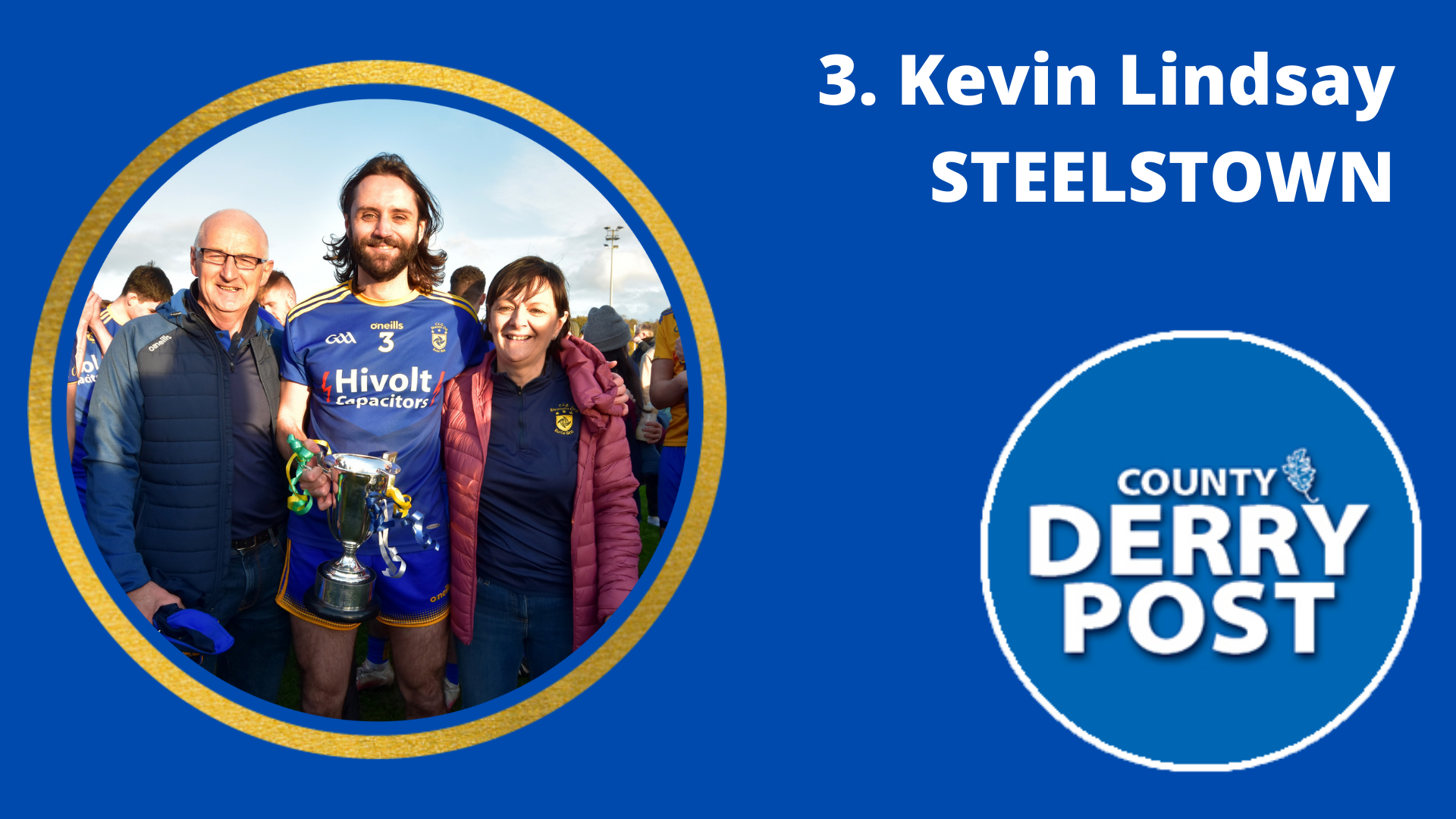 Lindsay had a fine season at the back for the county champions, and presided over a defence that was not only organised, but ready to break at pace. Tasked with curbing some of the county's more lively attackers, Lindsay produced a consistent level of performance that laid the foundations for his side's Derry success, as well as the run to the Ulster final that followed. Pic by Mary K Burke. 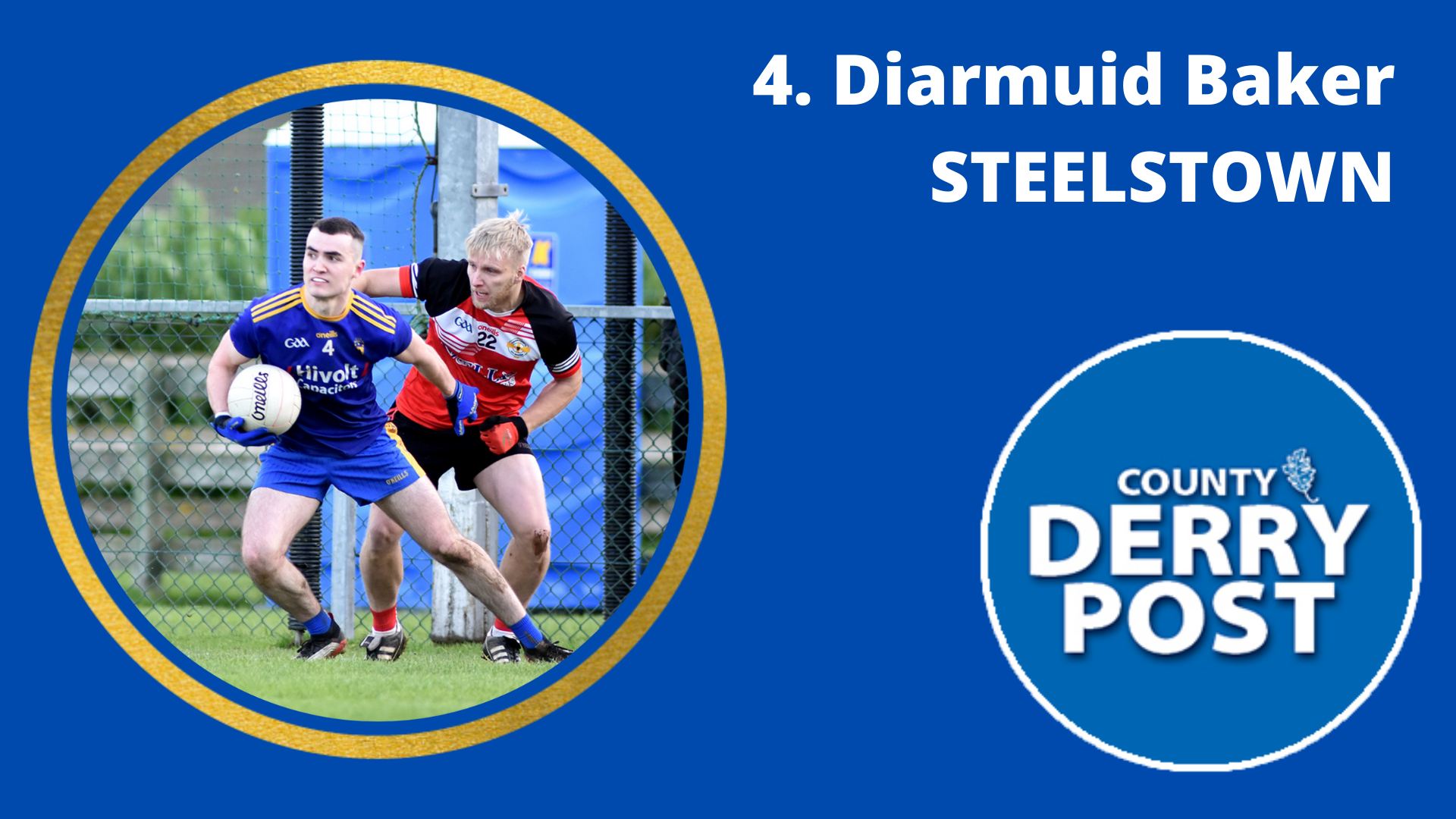 Flitting between corner back and half back, the versatile Steelstown man was tasked with picking up Enda Lynn in the latter stages of the county final as Neil Forester pushed on, and did a fine job until the Greenlough man was forced off through injury late on. Energetic and determined, Baker has all the attributes required to be a successful defender. Pic by Mary K Burke. 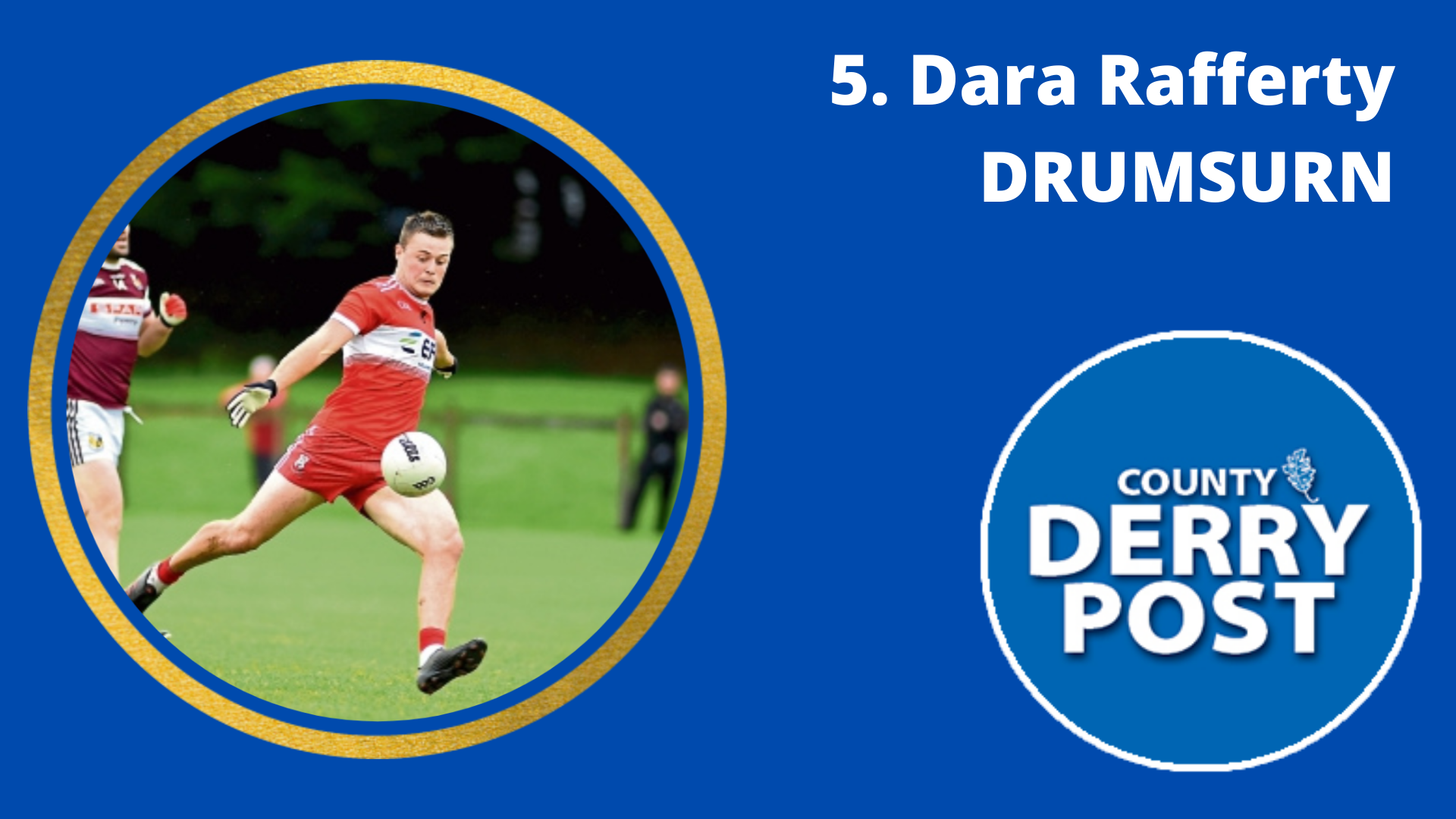 Rafferty was a lively member of the Drumsurn half back line that was the fulcrum of so many of their attacks during the championship. His input was vital in the deciding league victory over Banagher, and the has had a fine season as St Matthew's reasserted themselves as a force to be reckoned with during manager Sean Brady's maiden year at the helm. Pic by Mary K Burke. 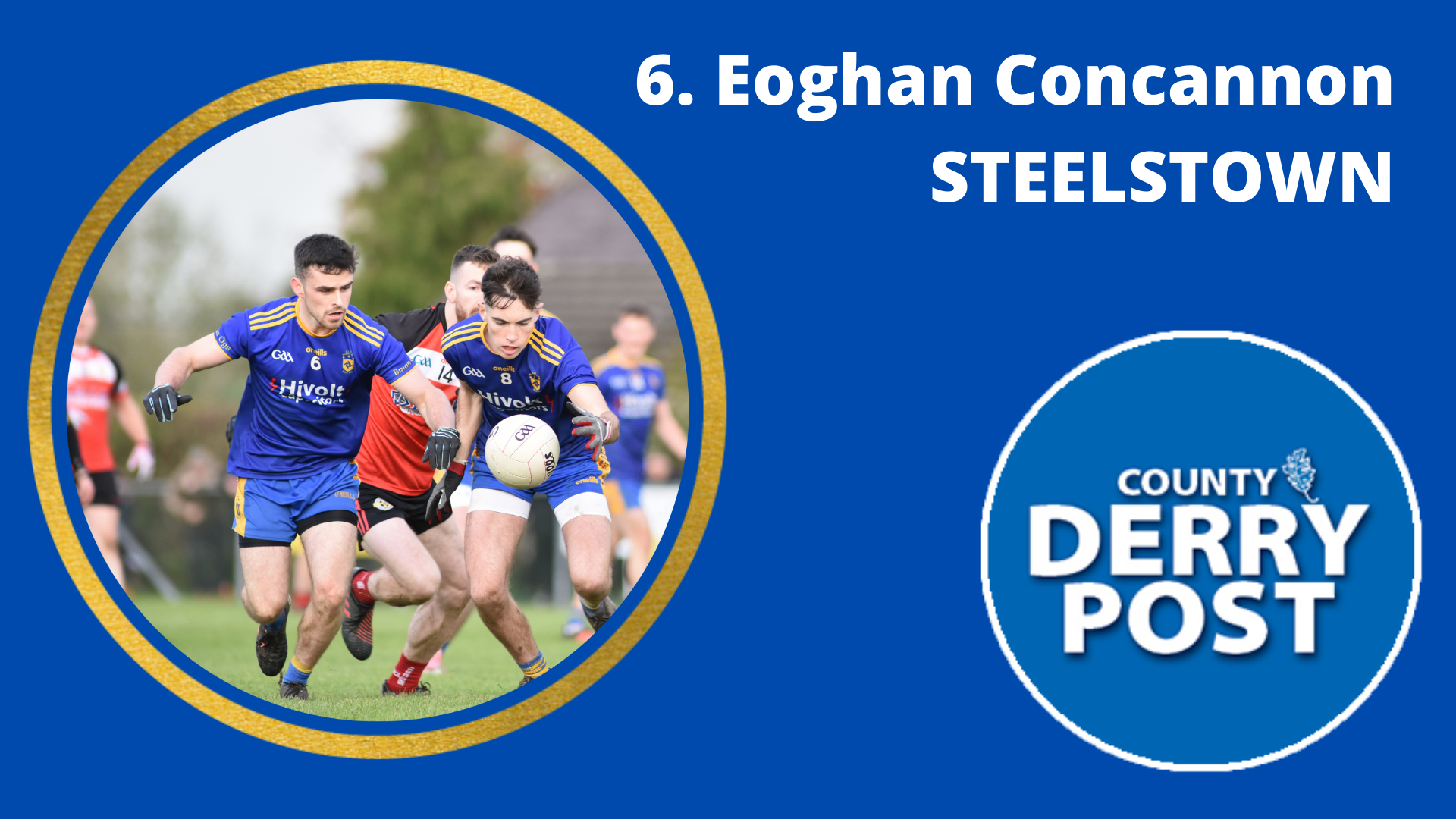 Concannon's pedigree and ability was crucial to Steelstown's run through the county championship and on to an Ulster final. His pace, anticipation and fitness at the heart of the Brian Óg's defence have been consistent over the last few seasons as they fought to make the breakthrough, and proved crucial in finally getting them over the line. Pic by Mary K Burke. 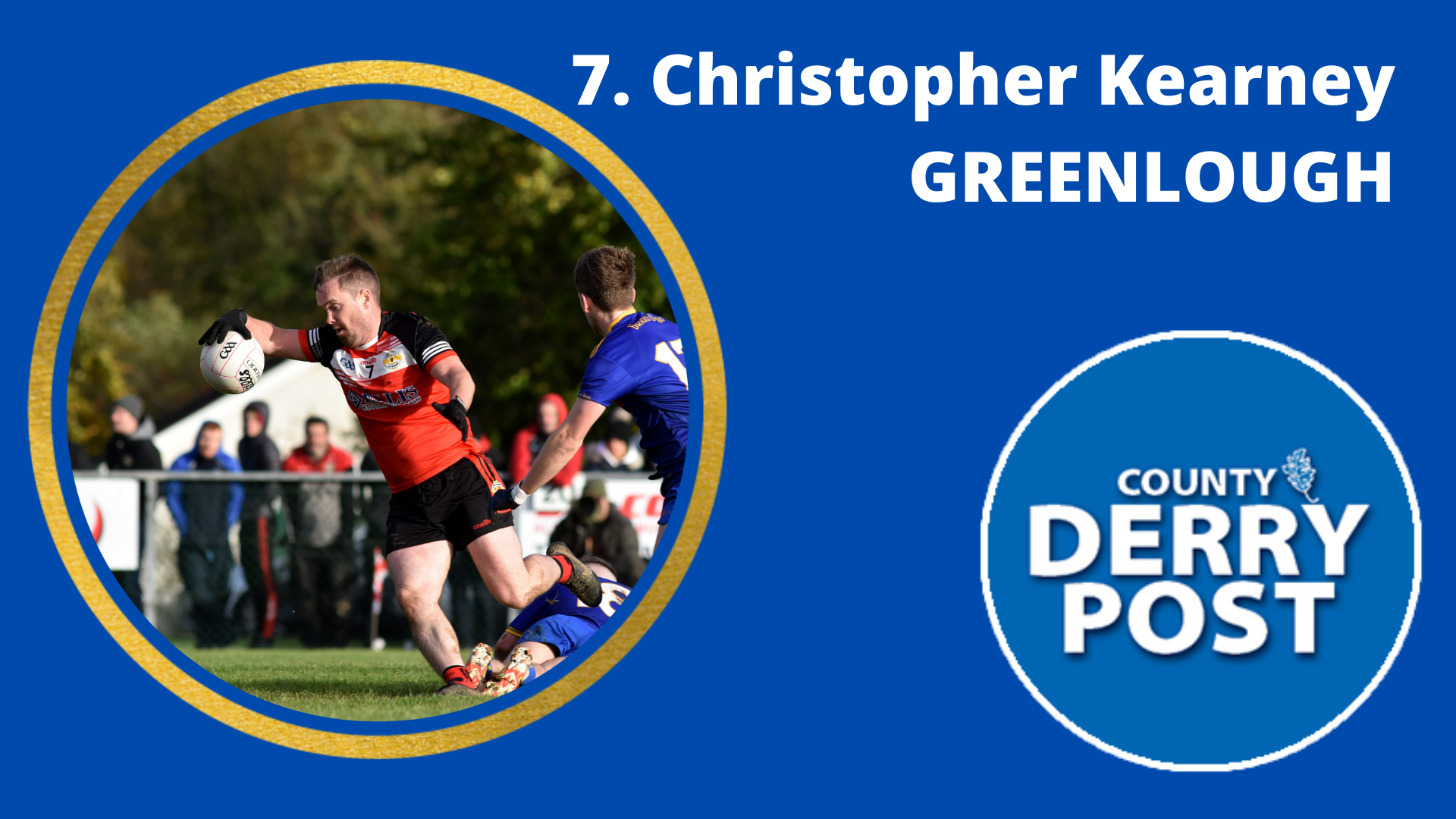 A strong runner, Kearney drove Greenlough on as they attempted to win successive intermediate championship titles. Particularly adept at winning turnovers as the opposition ran out of room in the Greenlough half back line, he was a key part of a defence that did not yield a single goal in championship football all year. Pic by Mary K Burke. 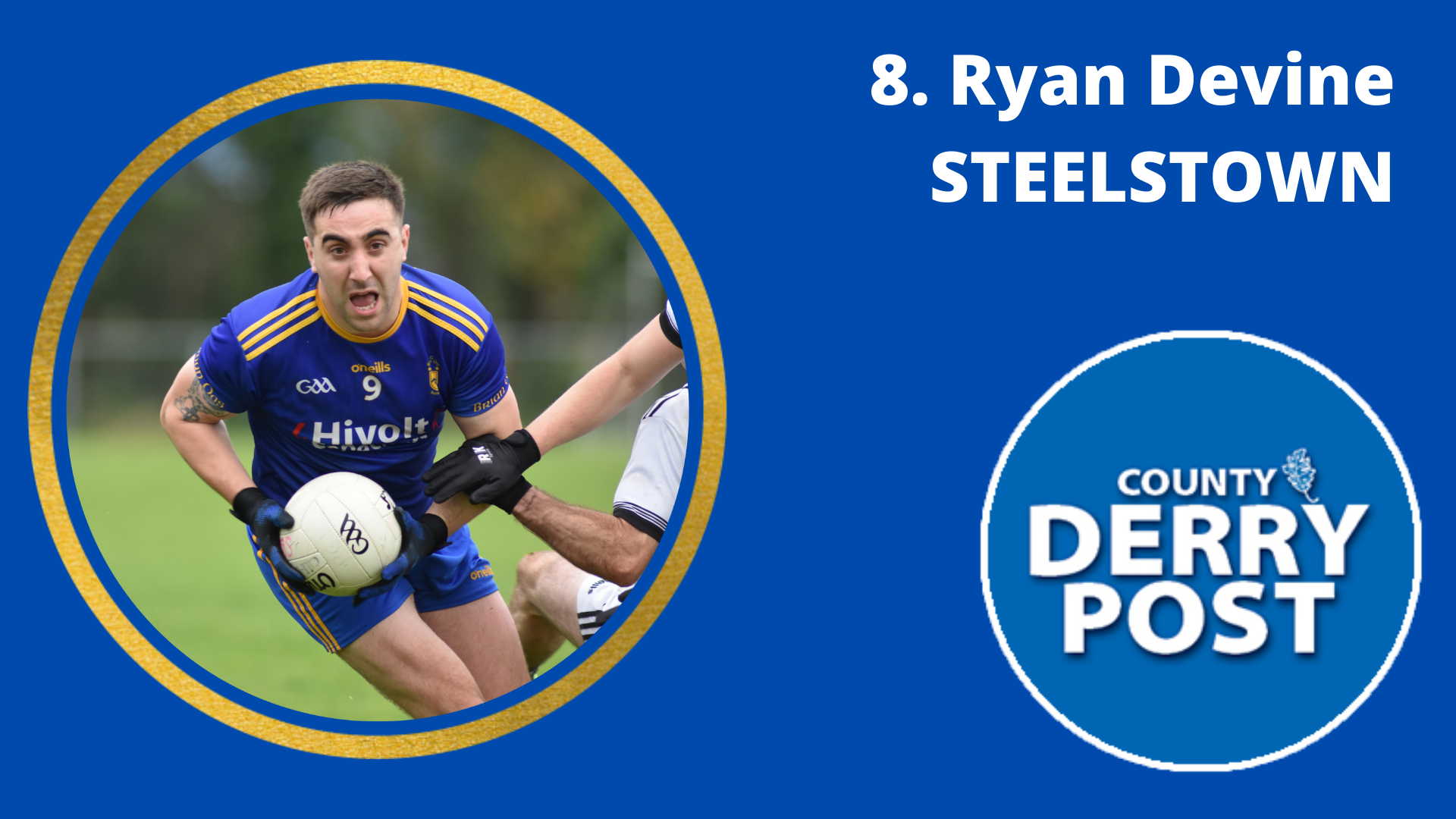 Devine was an attacking threat for Brian Óg's from midfield, and showed great leadership throughout their championship campaign. His experience shone through in a side that blended the seasoned and the youtful with fantastic results. Devine drove Steelstown on throughout their Ulster campaign, particularly good in their win over Donaghmoyne. Pic by Mary K Burke. 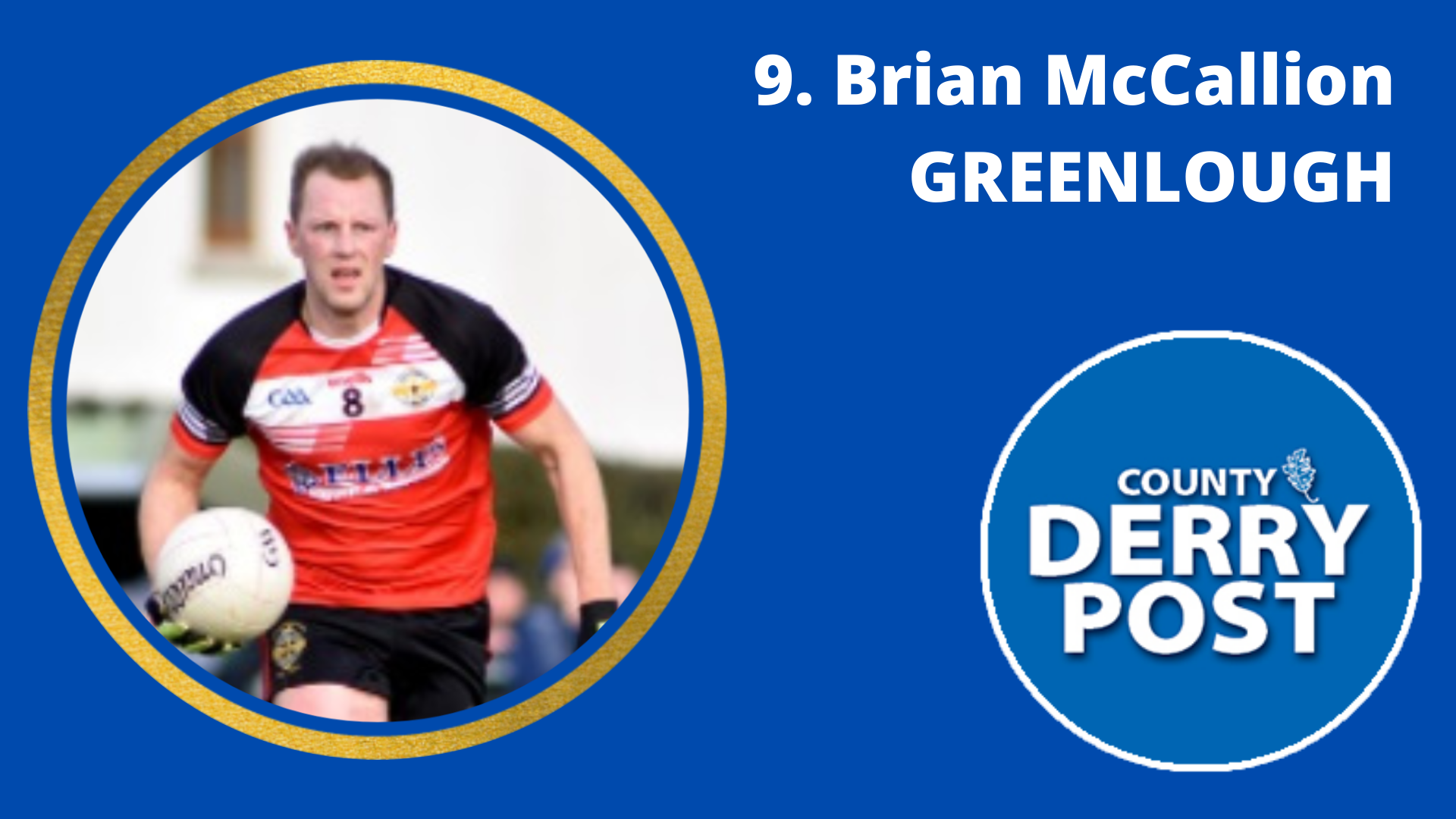 Following the injury to Niall Bradley, McCallion was asked to take on a lot of the heavy lifting in the Greenlough midfield and performed admirably throughout the season. A huge presence physically, McCallion's ability to win ball, both first and second, was key to his side's dominance of opposition teams during their championship campaign. Pic by Mary K Burke.

Who has made the cut for the junior football final XV? 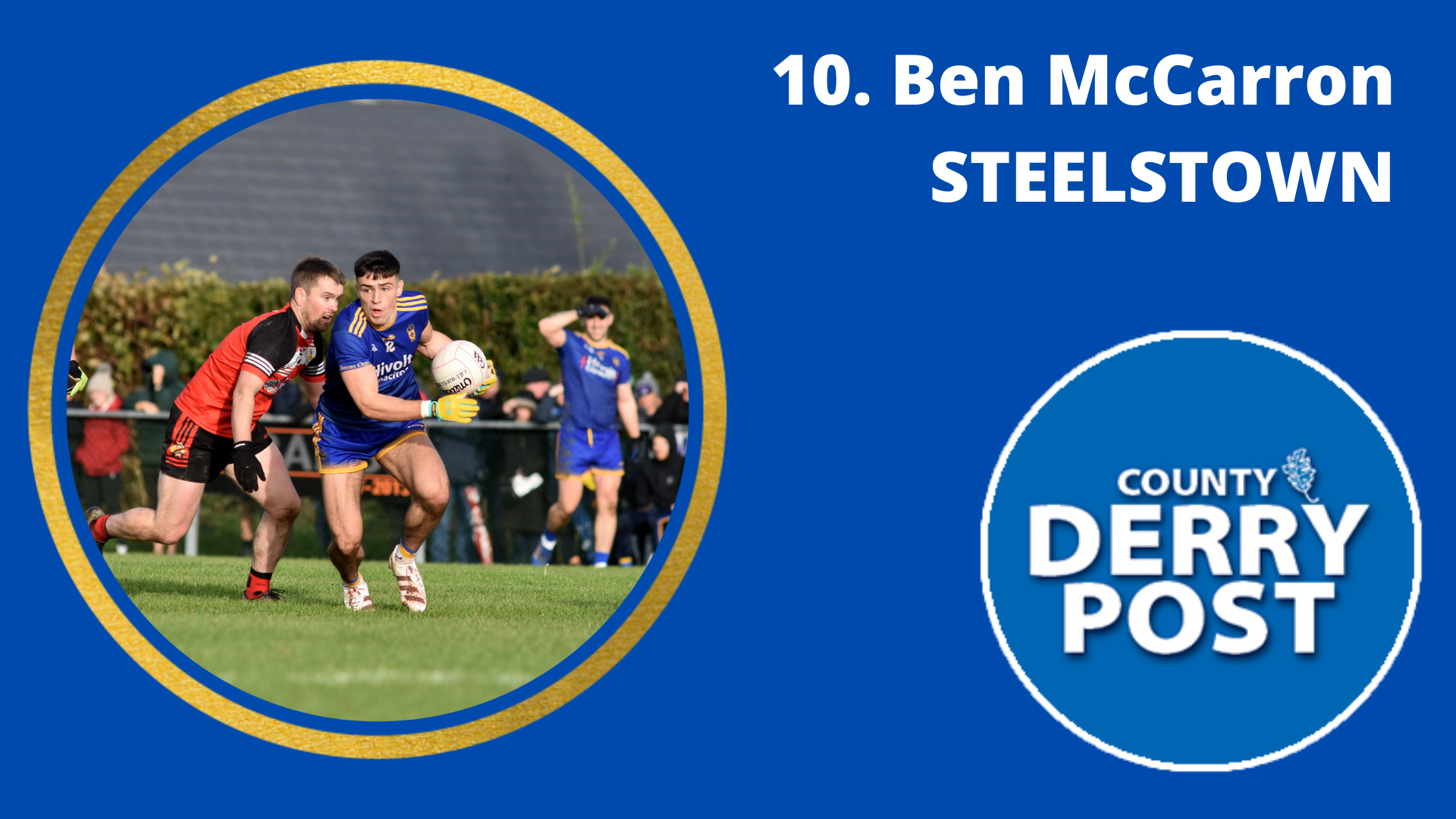 McCarron has shown all his power and skill throughout the championship, not least in the last two Ulster championship games when defences have opened up. No longer an unknown quantity, McCarron has dealt with the expectation that comes with being on the county panel, and produced consistent quality performances in the blue of Steelstown. Pic by Mary K Burke. 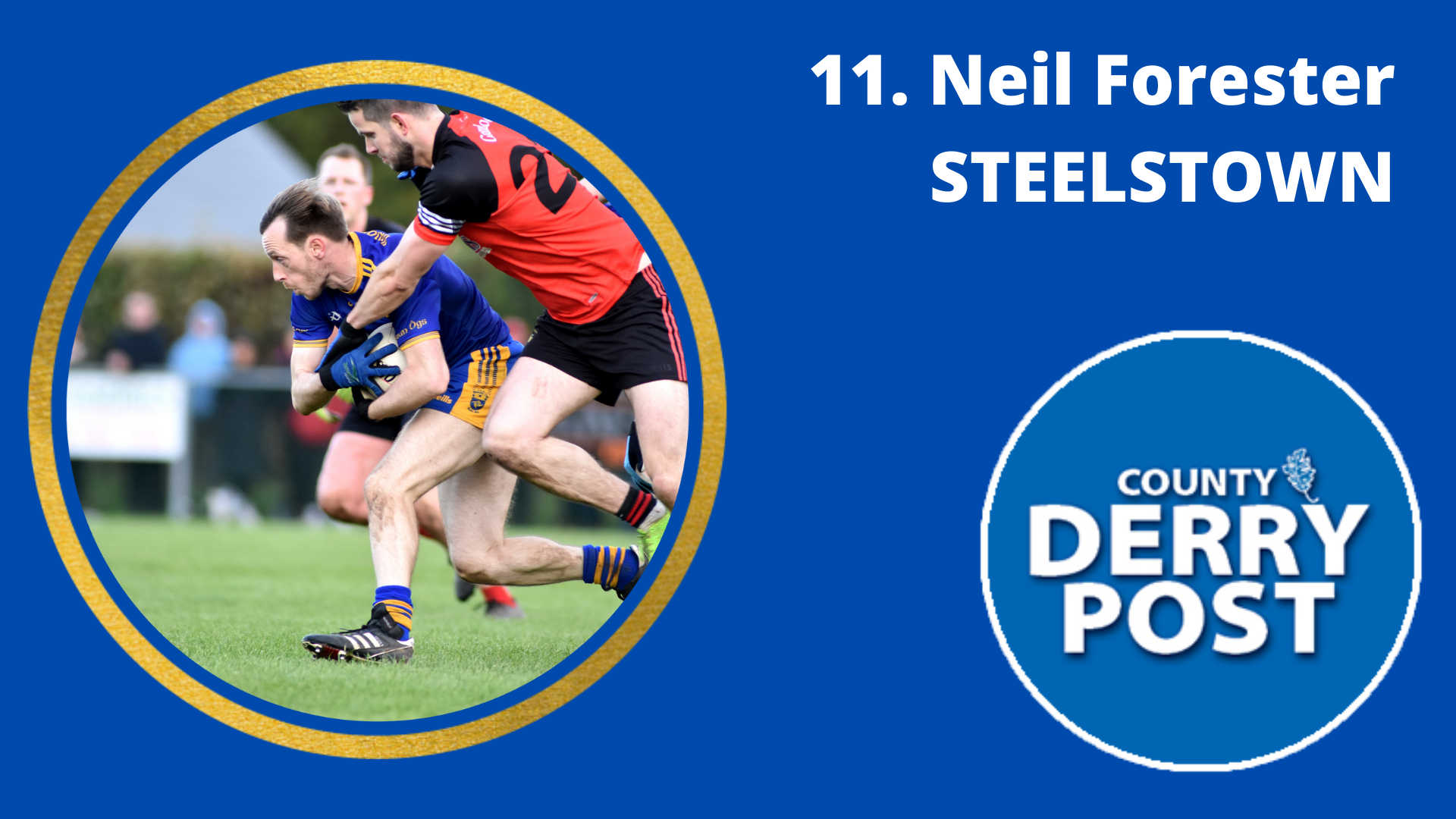 Not a man in Derry would have begrudged Neil Forester the chance to lift the Bateson Sheridan Lee Cup this season. Led by example and had the experience to organise games at key moments. First shackling Enda Lynn in the final, his versatility in pressing on in the final quarter helped spark the final push that delivered delirium in the Maiden City. Pic by Mary K Burke. 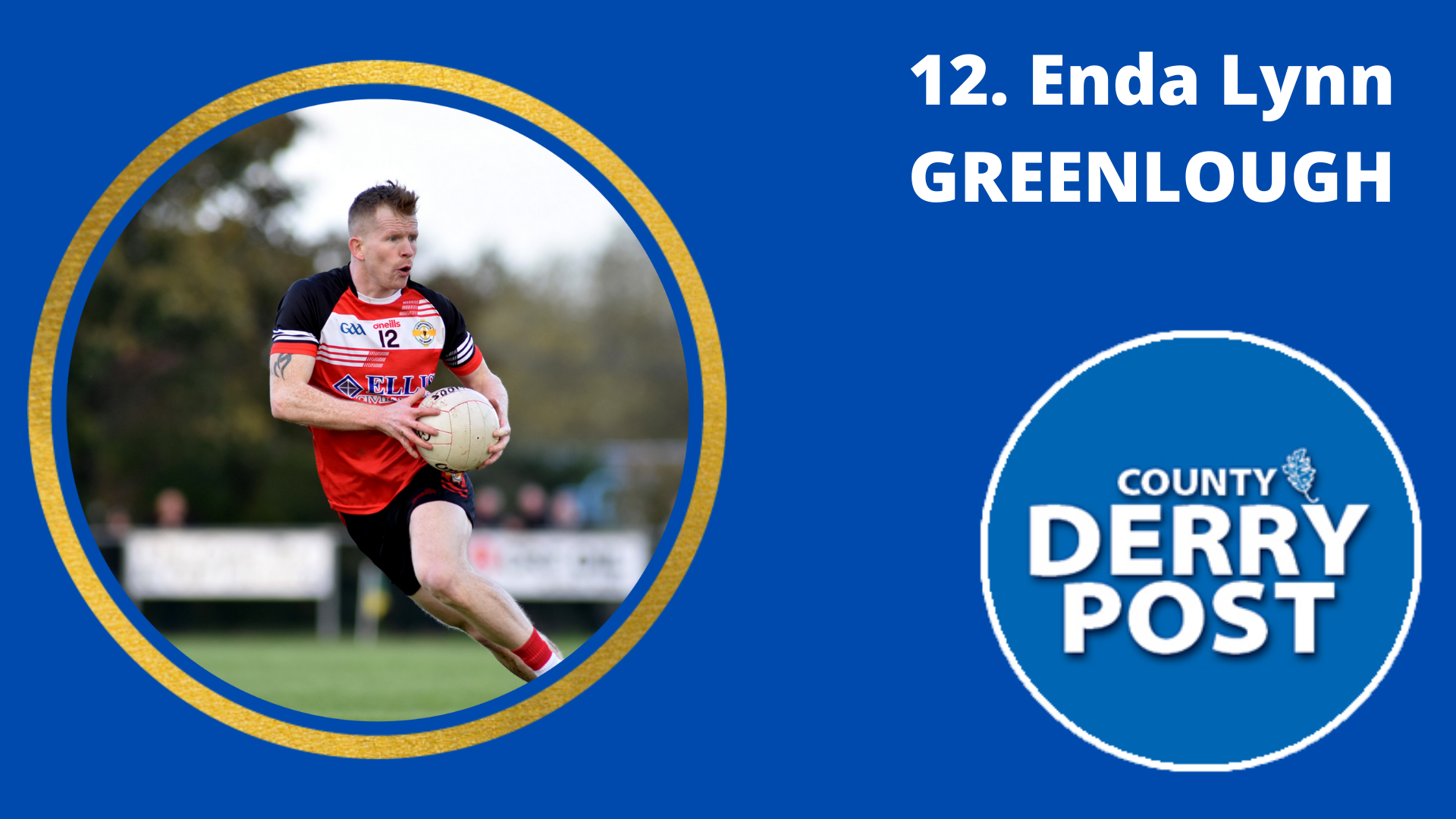 His withdrawal in the final was a blow to Greenlough and gave Steelstown the boost they needed to go on and win the game. As prolific as ever during the 2021 season, Lynn was the perfect foil for the electric Niall Loughlin, sharing the scoring burden and proving creator-in-chief for the St Oliver Plunkett's side in both their league and championship campaigns. Pic by Mary K Burke. 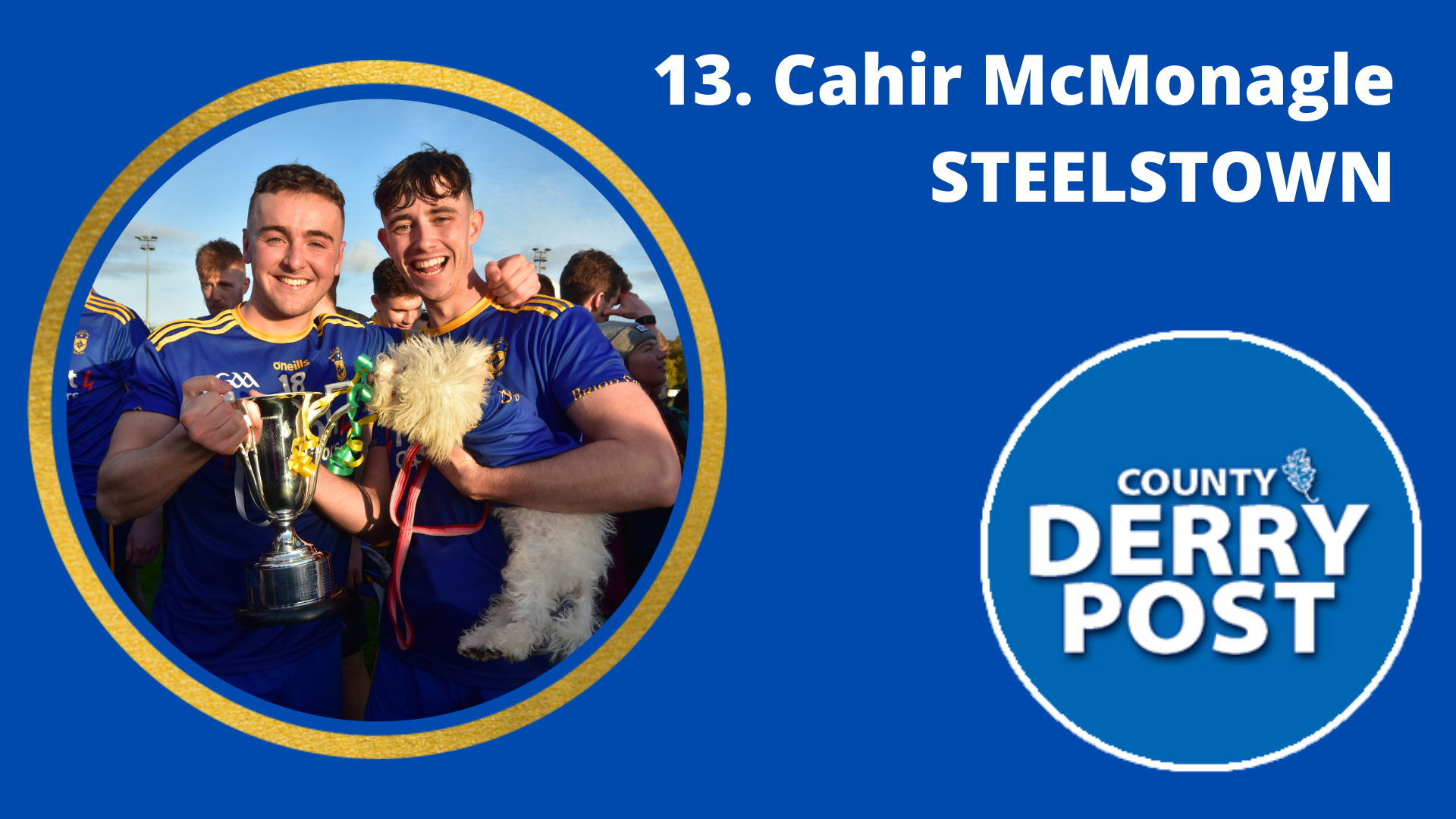 Pace, trickery and clinical finishing are all in McMonagle's locker. He nailed the pressurised free to take the Derry title and has cut loose in the open spaces of the Ulster intermediate series. The corner forward exudes a real joy in playing the game, and has shown a relish for taking on opposition defenders in one-on-one situations, often leaving them in a flap. Pic by Mary K Burke. 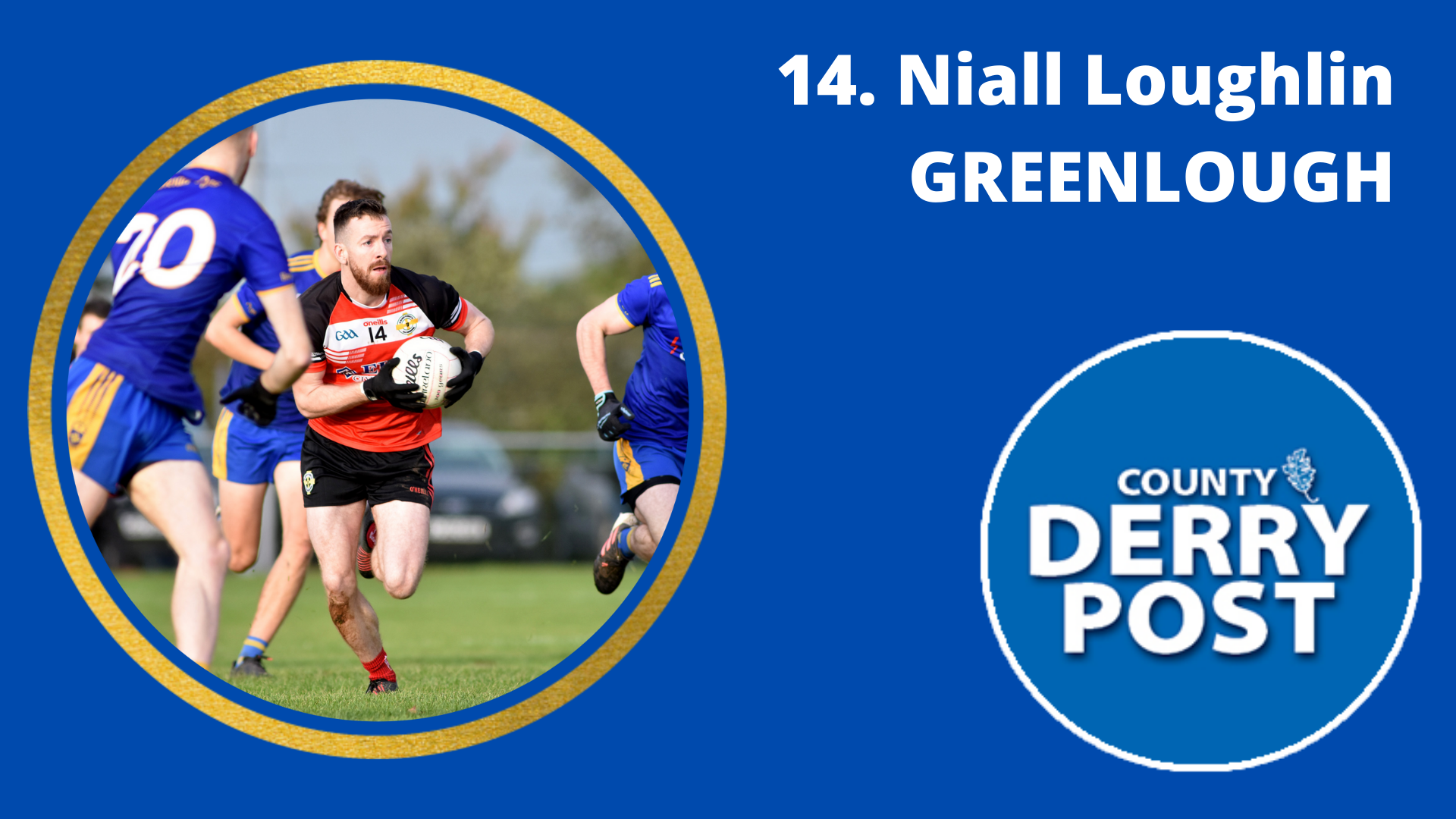 Again the focal point of the Plunkett's attack, Loughlin destroyed Slaughtmanus with 2-6, hit a further 0-6 against Drumsurn and 0-1 in the sticky surroundings of the county final. Followed up a fine early season showing with the county side by shooting his side to within a whisker of back-to-back Derry intermediate titles. Once again a serious threat. Pic by Mary K Burke. 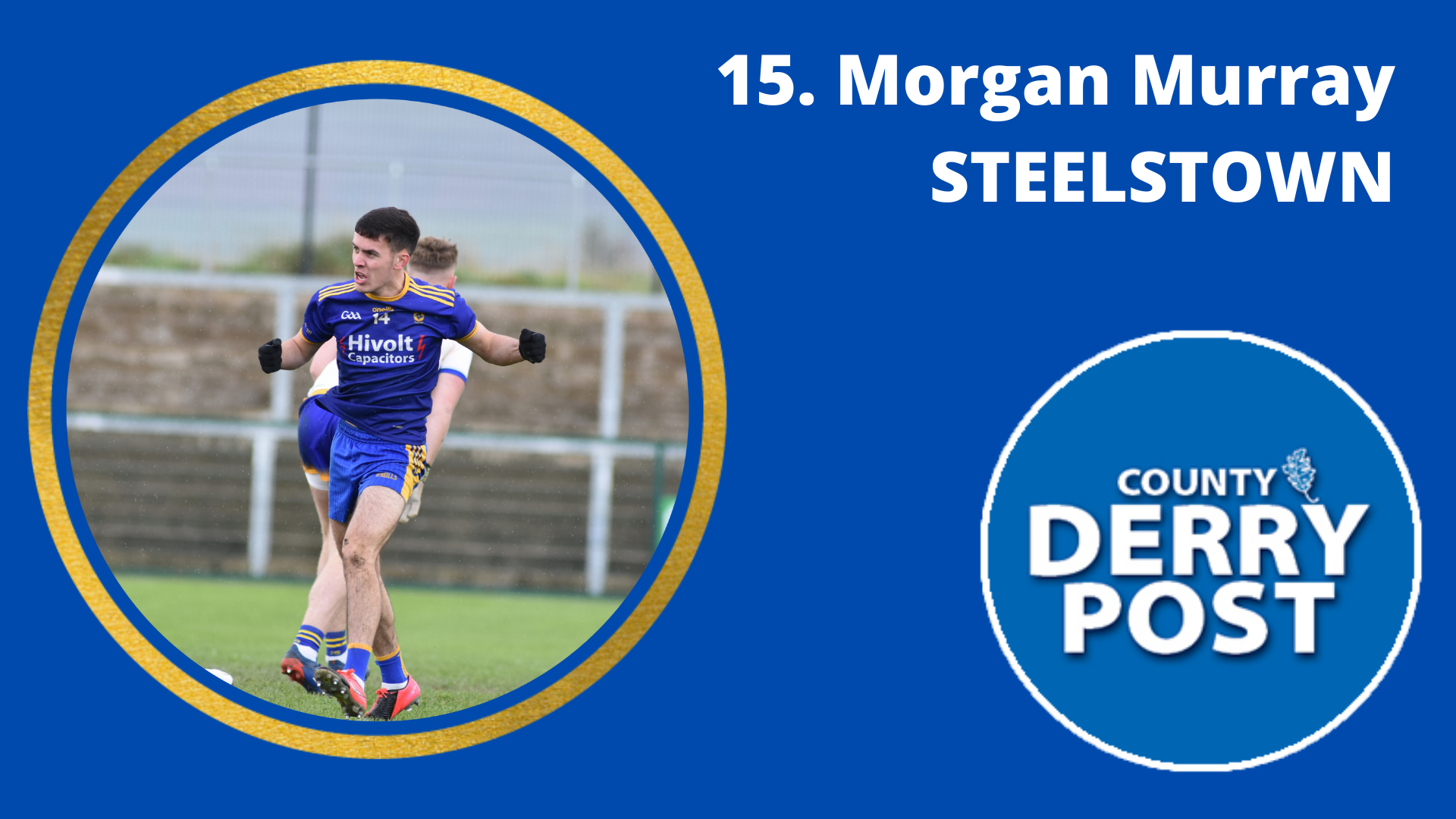 Another man to take advantage of Steelstown's free-scoring plan, Murray has used his pace well. Hit a point in the county final. Murray has produced performances of such consistency throughout the season that he finished the year among the championship's top scorers, and made hay in the open fields of the Ulster intermediate championship. Pic by Mary K Burke.

Glen took the title, but how many of their players made the final XV?