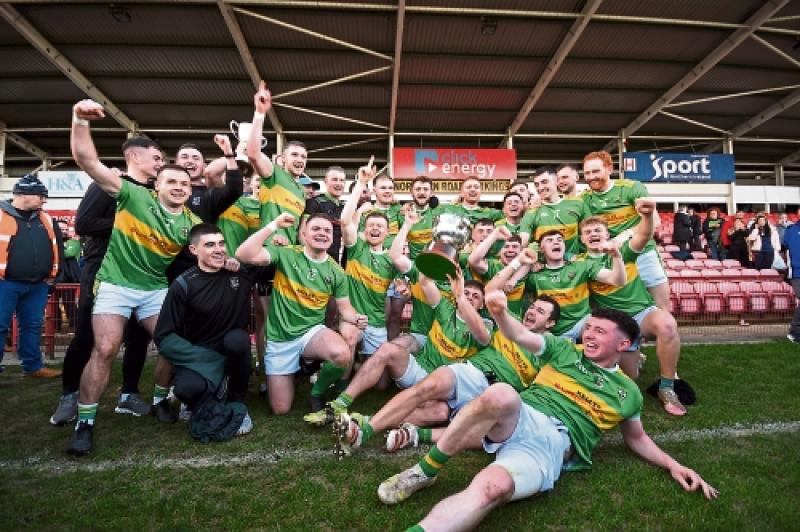 Joy for Glen as they end a 73-year wait for John McLaughlin. Pic by Mary K Burke.

History was not long being made in November, as Desertmartin kicked the month off by taking their second JFC title in one season, defeating Sean Dolan's by 0-12 to 0-2.

Steelstown ladies got the ball rolling on what would be a historic month for the club with a 6-14 to 5-8 win over Letterkenny in the Uslter intermediate quarter final.

The following week, the men ended their years of hurt with a tense 0-9 to 0-8 win over defending champions Greenlough in a re-run of the 2020 final in Ballymaguigan.

Afterwards, despite the enormity of the occasion, manager Hugh McGrath said they didn't panic.

“We were confident we'd get ourselves in enough positions to take chances, that we'd create enough chances to get ourselves over the line,” he said.

On the same day, the ladies booked their place in the Ulster final with a win over St Brigid's of Belfast, as the city club looked forward with optimism.

However, they were to come up short, losing out to Kinawley of Fermanagh in the final.

The day after Steelstown men's heorics, at Celtic Park, Glen ended a 73-year wait for a senior football title with victory over local rivals Slaughtneil. 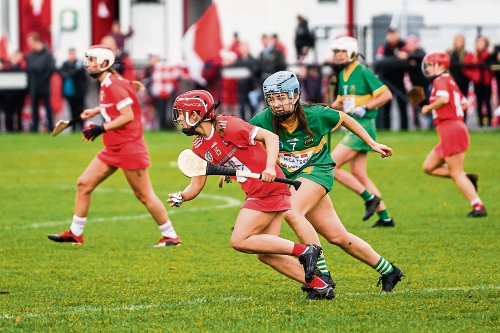 Magherafelt lost out in the Ulster junior B camogie final.

Having seen off Lavey in the semi final, Slaughtneil were comprehensively outplayed by a hungry Glen side, with manager Malachy O'Rourke saying they had dreamt of a day like that.

“They were determined that if they got the chance again that they were going to grab it, and I suppose that's what they did,” he said.

Meanwhile, Bellaghy claimed their first ever minor camogie title with a win over Ballinascreen, while Magherafelt senior camógs went on a remarkable run to the Bridie McMenamin shield final.

Defeating Crosserlough of Cavan and Attical of Down, they had taken an early lead against Creggan in the final, but a fortunate goal set the Kickham's up for the Ulster title.

Kilrea finished off the domestic camogie season with a win over Castledawson in the U18 12-a-side camogie final.

Banagher sealed the intermediate hurling title with a win over Lavey, who picked up the reserve football title in the week leading up to the game with victory over Slaughtneil.

The Emmet's however, attained revenge by taking the reserve hurling title the following week against the same opposition, while Craigbane won the junior reserve football and Castledawson the intermediate reserve football title.

Meanwhile, the U20 championships took up the baton, with Newbridge battling to victory in the Harry O'Kane Cup (B) and Dungiven taking a second Jack Cassidy Cup (A) title in a row.

With Derry represented in football, hurling and camogie in Ulster, there were a busy few weeks as all teams managed to progress.

Glen defeated St Eunan's of Donegal in a dour battle, while Steelstown came through their own preliminary round game against Cloughaneely on the same weekend.

Desertmartin comfortably accounted for Donagh of Fermanagh in the Ulster JFC quarter final, while Na Magha dealt with Cootehill of Cavan in Breffni Park.

Slaughtneil and Loughgiel of Antrim rounded off the month with an enthralling 0-9 apiece draw in Ballymena in the 2020 Ulster camogie championship final, with the replay to be held in December.

Limavady RFC continued their perfect start to the season with a 24-20 win over Ballymoney and followed up with a 58-3 win over Ards and a win over Lisburn.