REACTION: Jack Cassidy win can be a springboard for senior success

Dungiven U20 manager James McNicholl reacts to their final win over Loup. 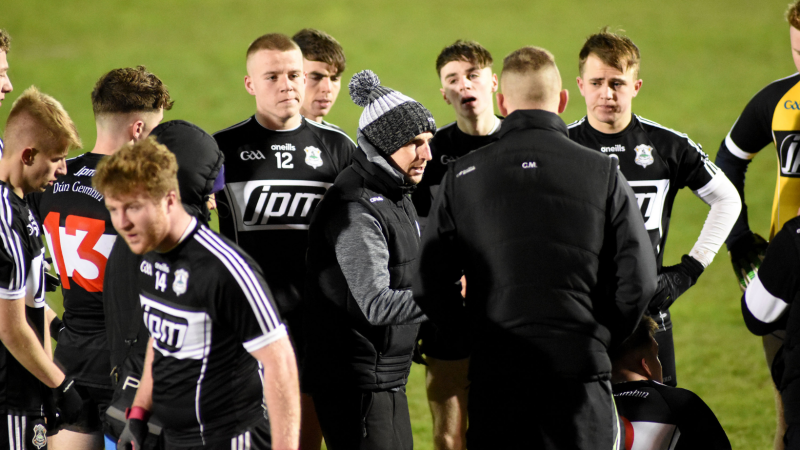 A satisfied James McNicholl shifted back and forth underneath the Owenbeg stand, trying to shake the effects of an hour and a half on the sideline in Storm Arwen.

His Dungiven side had just sealed back-to-back Jack Cassidy Cup titles with a win over Loup and with the howling wind muting the celebrations slightly, he had his eye on the future.

“Hopefully we can get a springboard from this into senior football,” he told the County Derry Post.

“We won in 2019, and any momentum we would have got was halted with Covid and obviously that was more important at the time. 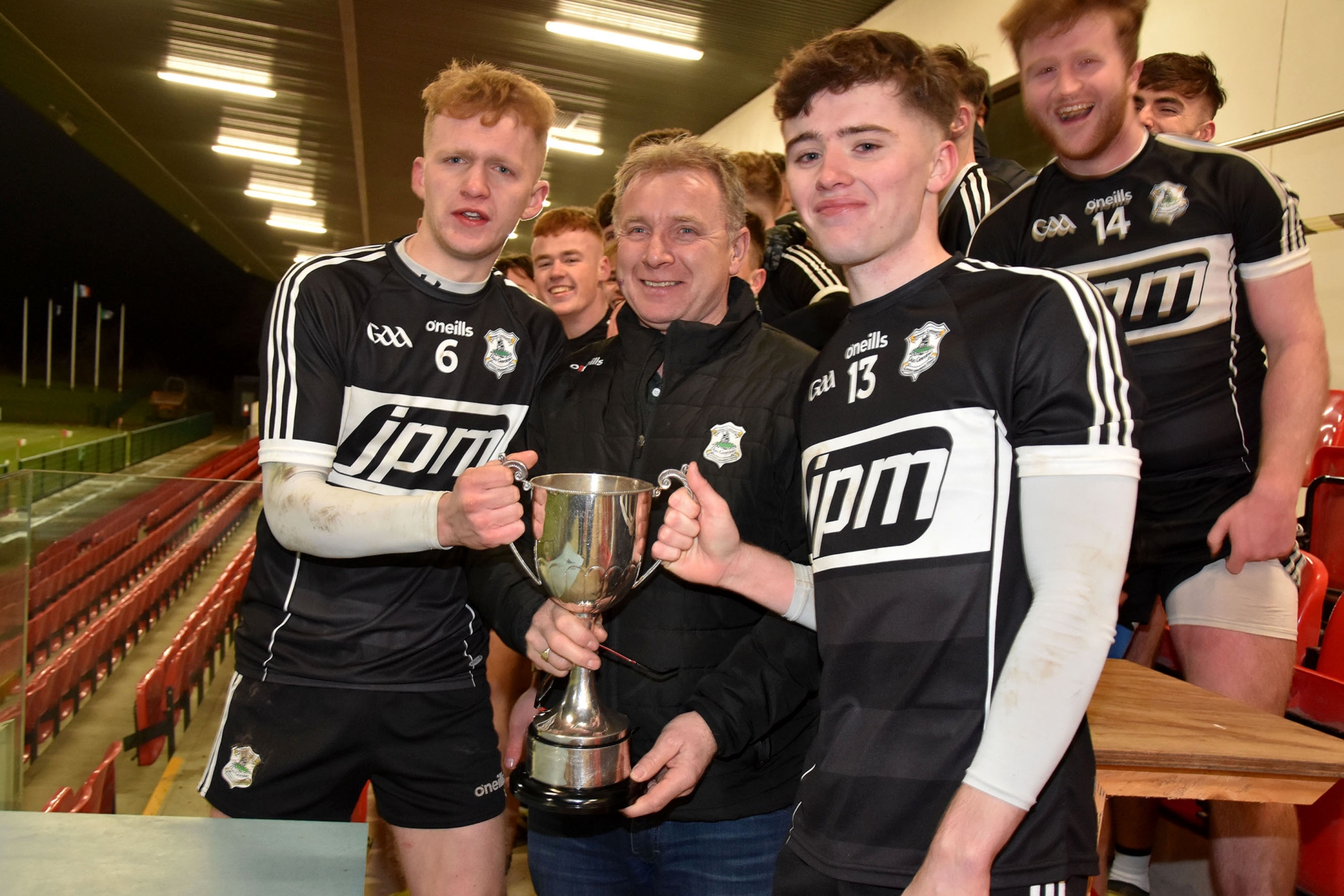 “We've four or five starting on the senior team there and most of the 2019 lads are senior footballers now. There is plenty there to work with over the next couple of years.

“[With Geoffrey in] it's exciting times for the players and you know they'll buy into it. The talent is there – it's always been there, but sometimes other things get in the way.

“We are where we are as a senior team, that's the way the league tables are, and hopefully now we'll kick on and in four or five years' time we'll be back in that conversation further up the table.”

Despite a Carl Lagan goal bringing the deficit to just one in the second half, McNicholl's St Canice's side looked controlled and composed throughout the encounter.

McNicholl said the elements had 'ruined the game as a spectacle', but that his side had a plan for managing the situation.

“We got settled down at half time. We were a wee bit nervous and passes were going astray in the first half, but I thought we controlled it really well after half time,” he said.

“There was such a big breeze in the first half; the conditions dictated the game to be honest. It's nearly too big a breeze at times; we were kicking the ball out of play and that.

“Look, we worked on it, we've done it in training, so it was a matter of taking it from the training field onto the pitch.”

“It's all about patience. We work hard on isolating one-on-ones and getting at your man, and if you can't do that in Gaelic football, you shouldn't be in the team.

“The spaces will always open up at some point, it was a very defensive first half from them, and rightly so, they were facing a big breeze.

“We knew they'd be there in the second half, but it just takes a bit of time. You get a bit of luck as well, but they knew they had it in them,” he added.

Brian McGuigan has been recognised for his work with the GAA and Special Olympics groups.