Manager Dee Doherty said the club legend's influence was clear on the night. 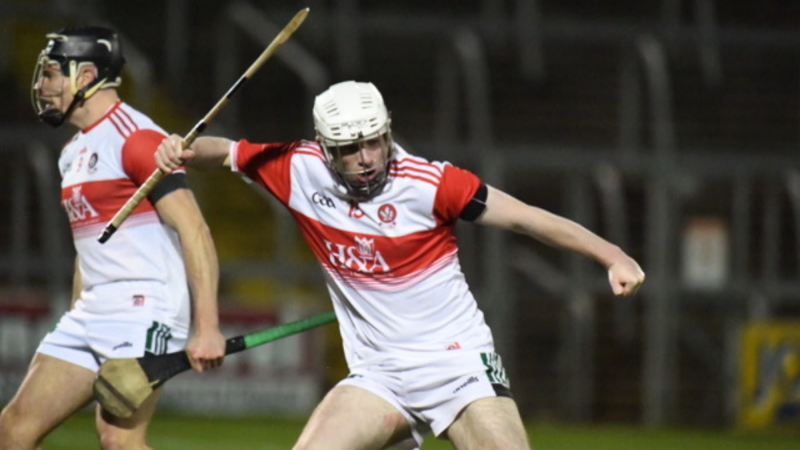 As the victorious Na Magha team came off the pitch at Kingspan Breffni Park on Saturday, one supporter signalled to manager Dee Doherty to keep hold of the black armbands.

The bands, worn by every member of the squad, were worn in memory of club stalwart Seán Mellon, who passed away this month, and who coached many of the current senior team at one stage.

Under the stand, with the inimitable sounds of championship victory coming from the changing room, Doherty said Seán Mellon's fingerprints were all over the win.

“There's not too many boys in that changing room that haven't been coached by Seán at some stage, whether it was underage or senior,” he told the County Derry Post.

“He was an absolute legend of hurling in Derry and had a massive impact on the game today to be honest. 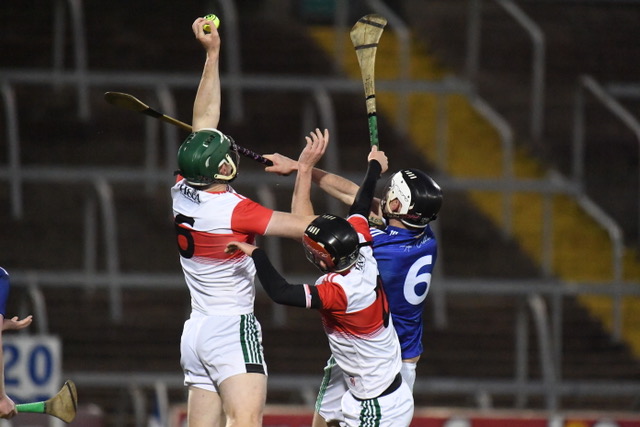 “I would say we tried to keep the emotion out of it, and just used it to drive the boys on,” he added.

The sight of Ruaidhrí McLaughlin reeling off under the floodlights was greeted with joy in the stands, but also with a certain degree of relief.

Having looked untroubled throughout the first half, Cootehill had forced their way back into the game and trailed by just a point going into the final quarter.

“It was nervous enough at one stage,” said Doherty.

“When we played the first half and talked about it in the changing room at half time, we thought we were fairly well in control.

“Then we came out in the second half, and they put the pressure on us, and had it down to a one-point game at one stage.

“We talked about how we had let them back into it again, and we needed a big 15-20 minutes of hurling out of them.

“Then Ruaidhrí went up and scored the goal for us, and that sort of gave us a wee bit of a cushion.

“To be fair, they responded well. I thought the subs came in and freshened things up, the likes of young Keelan there and boys like that helped us get a few scores.”

There was a certain degree of rustiness on display. Na Magha had not had a competitive game since October 3 after Coleraine were unable to field in the junior final.

However, with the cobwebs hopefully blown away, Doherty is looking towards the next game.

“The big problem at the minute is that we're in this competition and we haven't won our county championship, so the preparations weren't ideal,” he said.

“We've got a couple of challenge games in, which is the best we could do, but obviously not getting to play your county final meant we had no competitive games and we were very rusty.

“Everybody wants to get to the final, but we're in the semi final first, so hopefully we can get through that and see how it goes.

“We've a fair bit of work to do before this next game against Carrickmacross in two weeks' time.”