Bradley: There is more to come from this Slaughtneil team

The Emmet's mentor says they have learned a lot from Sunday's drawn Ulster final. 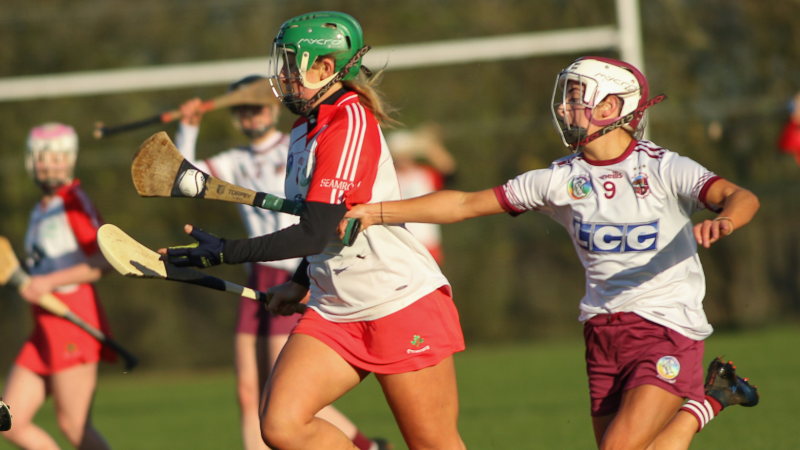 The battle between Céat McEldowney and Roisín McCormick was one of many throughout the field on Sunday. Siobhan Bradley says there is plenty to learn for this weekend. Pic by Mark Doherty.

The team have long passed to the other side of the pitch as the Slaughtneil management team remain huddled at the dug out following their 0-9 apiece draw with Loughgiel.

When they break from their de-brief, coach Siobhan Bradley puffs her cheeks out when asked how she found the game.

“It was definitely very dramatic,” she told the County Derry Post.

“We're lucky enough to get out of there and we're delighted to get another day out and have another crack at it; there is loads to learn from it.

“There was a big purple patch there in which Loughgiel were on top, and we struggled getting the ball through our midfield and half forward line.

“I do think there is definitely a percentage more in our set-up,” she added.

The large crowd assembled at Ballymena left suitably entertained by a game in which quarter was neither asked nor given. 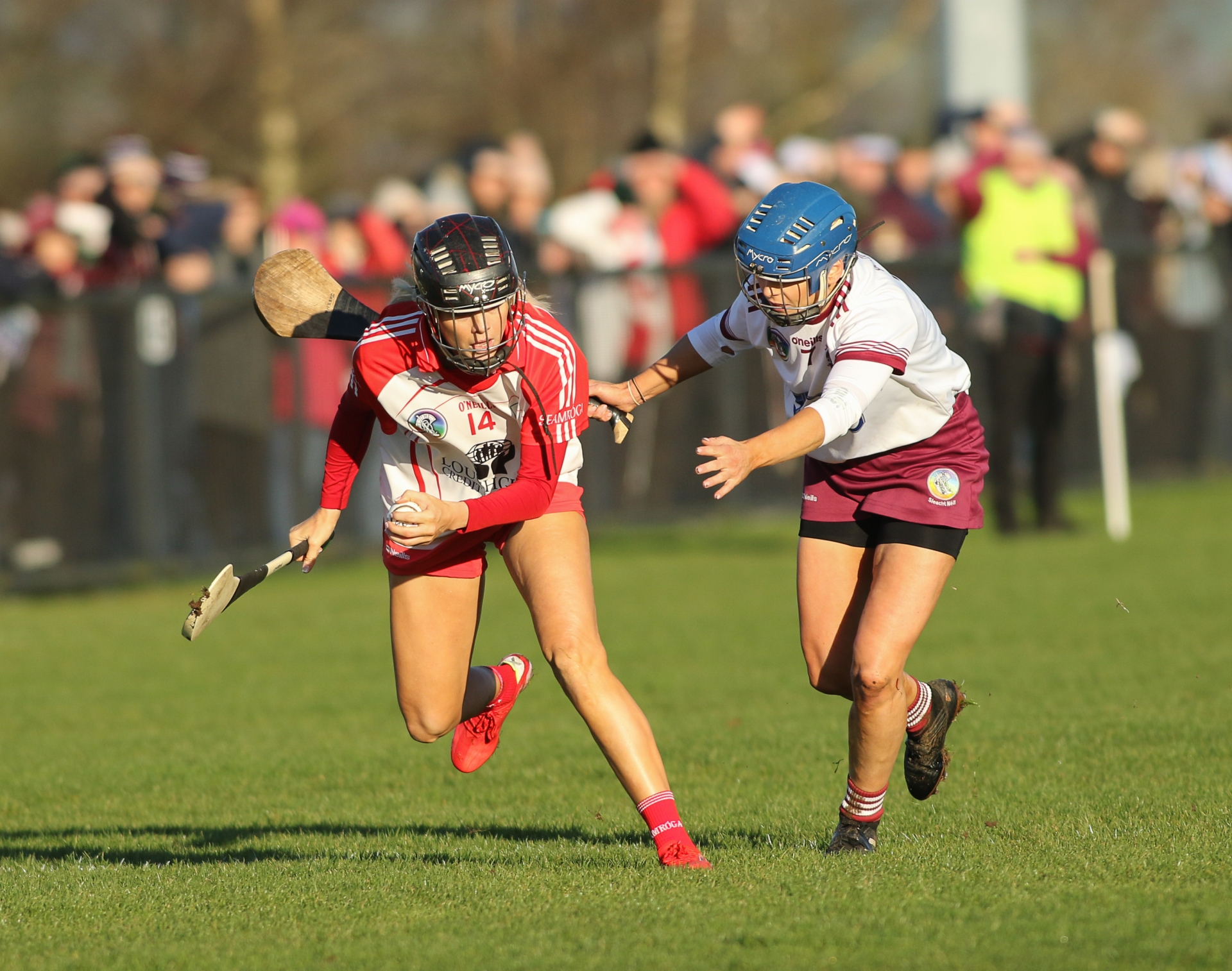 Two teams who know each other inside out went at each other's throats for an hour, with enough collective and individual battles to sustain the excitement levels to the end.

Bradley said the ability to dig deep when things are not going their way is credit to the team's resilience.

“That's the character of the girls, and the experience in this team as well,” she said.

“When it comes to nip and tuck, there are always leaders who stand up and get back, get that tackle, that hook, that block.

“Loughgiel are a very good team as well, there is always only a puck of the ball in it, and the next day will probably be the same.”

With both teams so familiar with each other, and such an abundance of talent on both sides, the match ups on Sunday were critical.

Céat McEldowney was tasked with picking up the influential Roisín McCormick, and her coach felt she stuck to her task well.

“Céat is one of those defenders that can jinky about anywhere; she's so agile and quick and she's fantastic. We've a couple of defenders who are very good in those kind of roles.

“Match-ups are so important in the modern day game, especially with how Loughgiel are moving there; some of them are firing on all cylinders.

“They've got a lot out of their Antrim set-up this year too, which has obviously helped them, so again that's something we'll have to look at and get right again the next day.”

The replay will be held on Saturday (Dec 4) and Bradley says the Emmet's are well-placed to learn lessons from Sunday's draw.

“There were a couple of times we just took the wrong decision at the wrong time where it could have been a score or a better delivery of ball.

“There were a few missed picks when the ball should have been in the hand first time, but look, we're very grateful that we're going again another day,” she added.