ROUND-UP: DC Diamonds sparkle as they continue to make history

The youngest girls made their debuts last week. 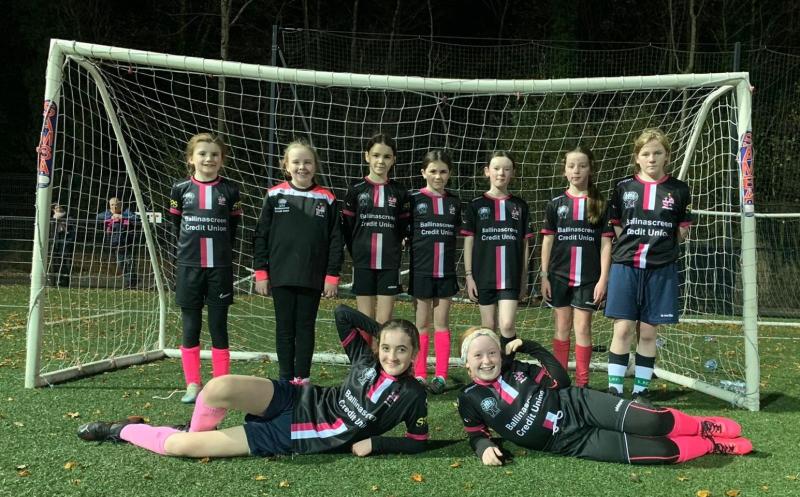 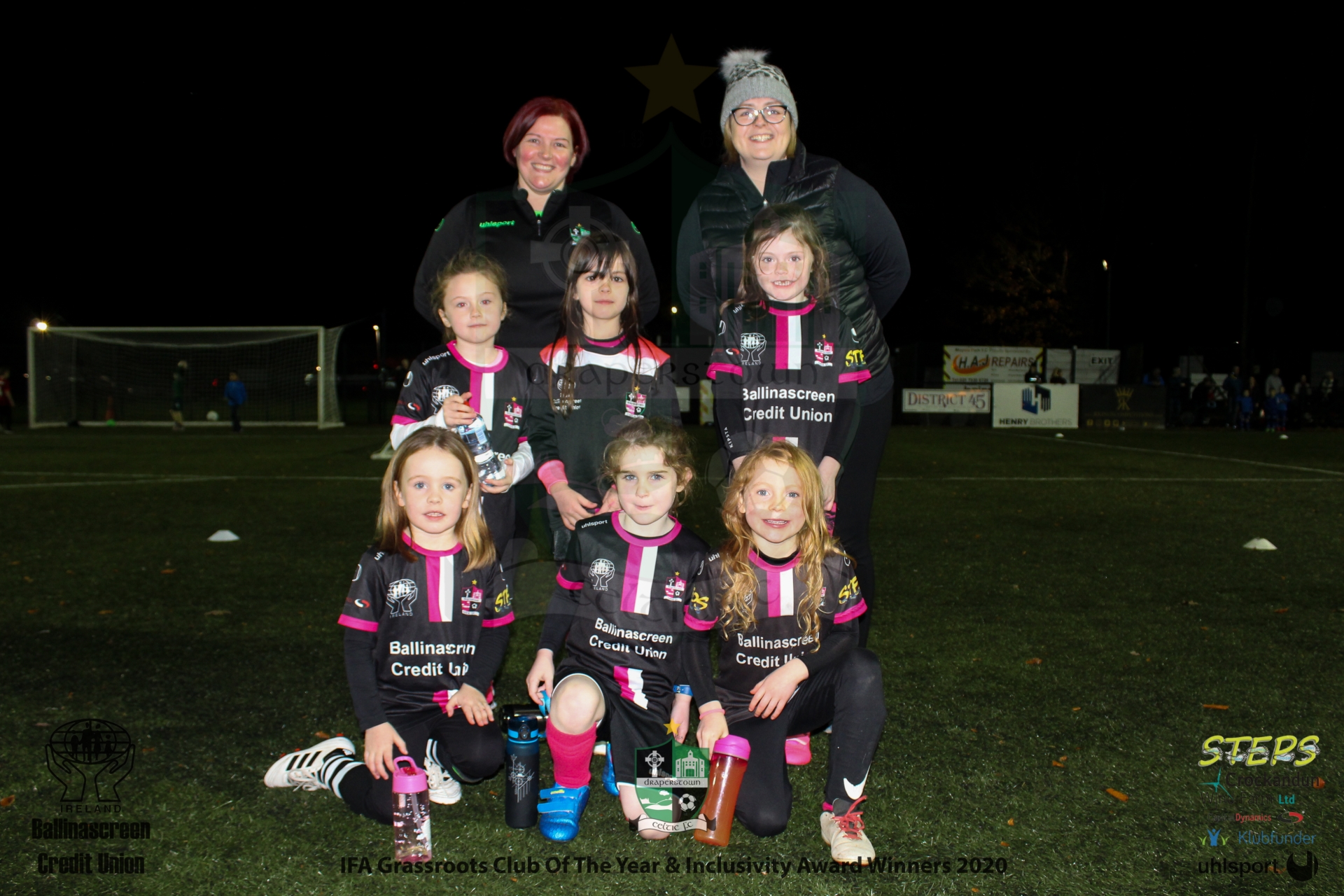 On another historic night for the club, our youngest Diamonds made their SSG debut at Moyola on Friday night. These young girls were certainly not intimidated by the occasion and gave a great account of themselves.

Despite playing against some much bigger and more experienced players, the Diamonds got stuck in and gave their many fans lots of excitement and joy.

In return their fans, including mums, dads, grandparents, brothers, sisters and friends gave them plenty of encouragement.

They definitely won over the fans and the wee legends should be really proud of themselves, we know their coaches, Tish, Cliodhna, Maire (and not forgetting Patricia who came to shout them on from the sideline) are, as are the whole club. 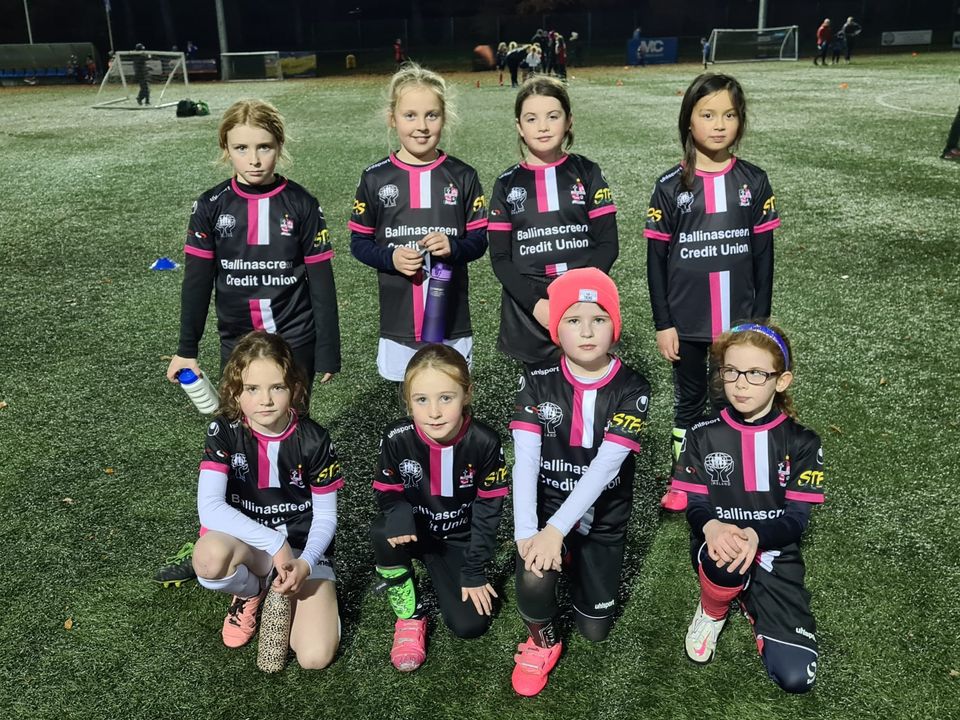 The 2012/2013 Diamonds finished this block of the IFA SSG with a great display on Friday night. We actually had 2 squads down tonight. The below squad played 4 games and were magnificent in all of them.

The improvement in this block has been amazing. We had great passing, brilliant defending, mazy dribbling and stunning goals. We also had Aela make her Diamonds debut.

Thanks to the players, parent and guardians for their dedication during this block of games. Special thanks to coaches Monica and Conor for looking after our young stars. 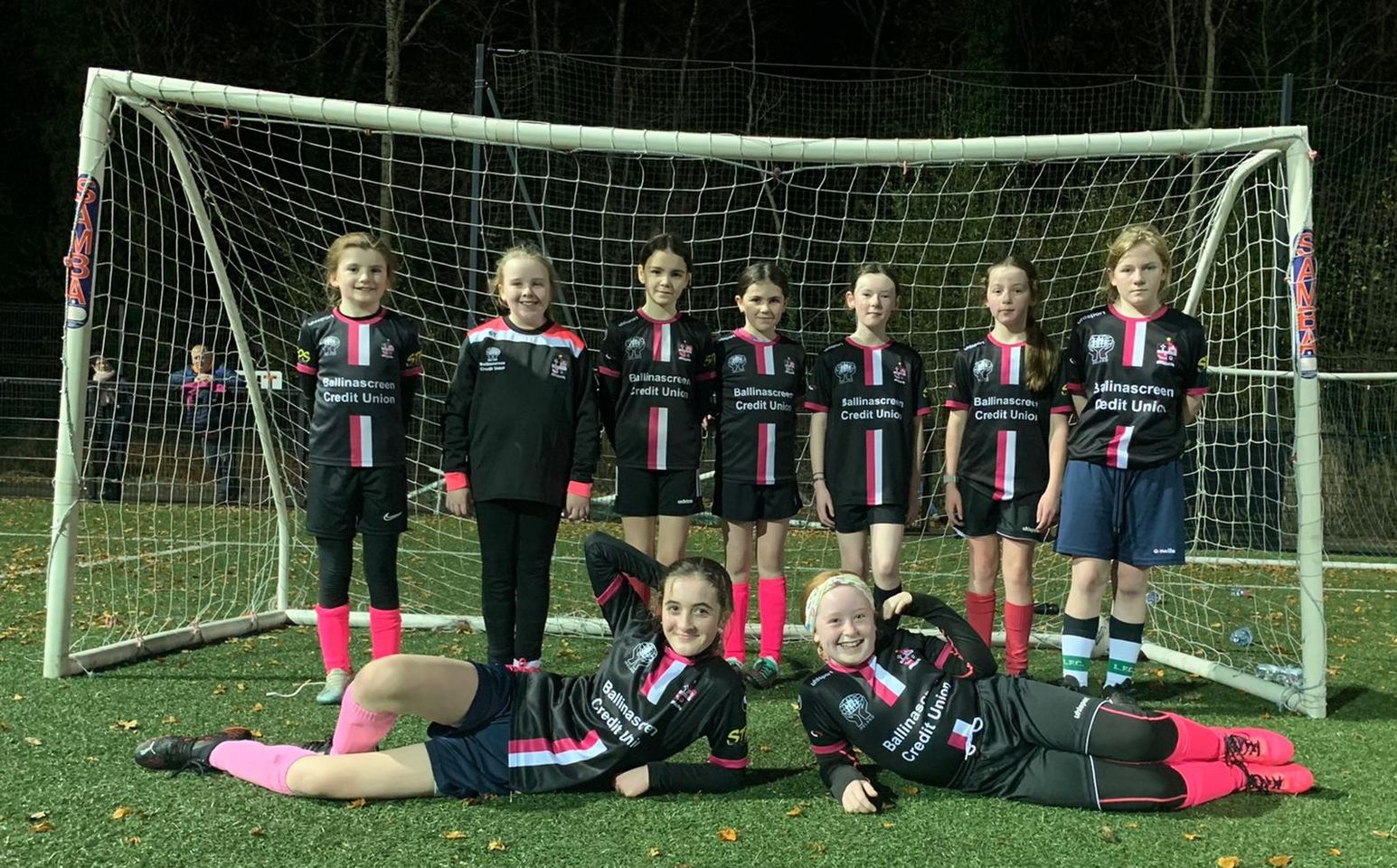 The DC diamonds attended Moyola for their last evening of matches before a break until spring time. The girls showed up with great determination and played excellently in all four matches.

In their match against Moyola park, Olivia scored a fantastic goal followed by two more great goals from Caitlin. Our defence line was very strong as Sorcha and Eirinn consistently put pressure on their opponents to get the ball away.

Laoise ensured no goals were conceded as she showcased impressive goalkeeping skills. In their next match again Northened United Aimee proved her natural defensive abilities and persistently worked the ball up to Ciara and Eirinn in midfield, which lead to a powerful goal by Eirinn.

In the final match against Moyola Park girls, they worked tirelessly in all positions on the field and they all showed fantastic teamwork.

Although Sorcha was put under a lot of pressure in goals, she was able to save some tough shots on a number of occasions. After coming back from an injury in the last minute of the match, Iona scored an important goal which levelled the score to 1-1.

The first half was very even with both sides creating chances to little avail, then 10 minutes before the end of the first half, Eglinton slipped one was past our defence.

The second half DC started of on the right foot with more opportunities on goal and Lorcan Kennedy hitting the bar, but after all that hard work Eglinton got 2 more past DC to finish the game.

Unlucky to the lads who keep fighting hard week in week out. The 07s were nowhere near the levels in which they can play in the 1st half and went in at the break 2 nil down.

To their credit DC upped their game in the 2nd half and started to play the way they can. Good work and chasing the ball down, moving it quicker resulted in J Quinn scoring.

DC then were on the front foot and forced several corners. Indeed DC equalised via a corner when a lovely flighted ball by G Mcivor found M Mccullagh who scored with a powerful header, 2-2.

Straight from the restart though we were not tight enough and Tristar scored from a high long range effort. Tristar had a few more chances but didn't capitalise.

DC then had four or five chances to equalise but unfortunately we were unable to score them.

FT 2-3. All lads can take heart from 2nd half performance and hopefully build on it. Thanks everyone who came out to support. 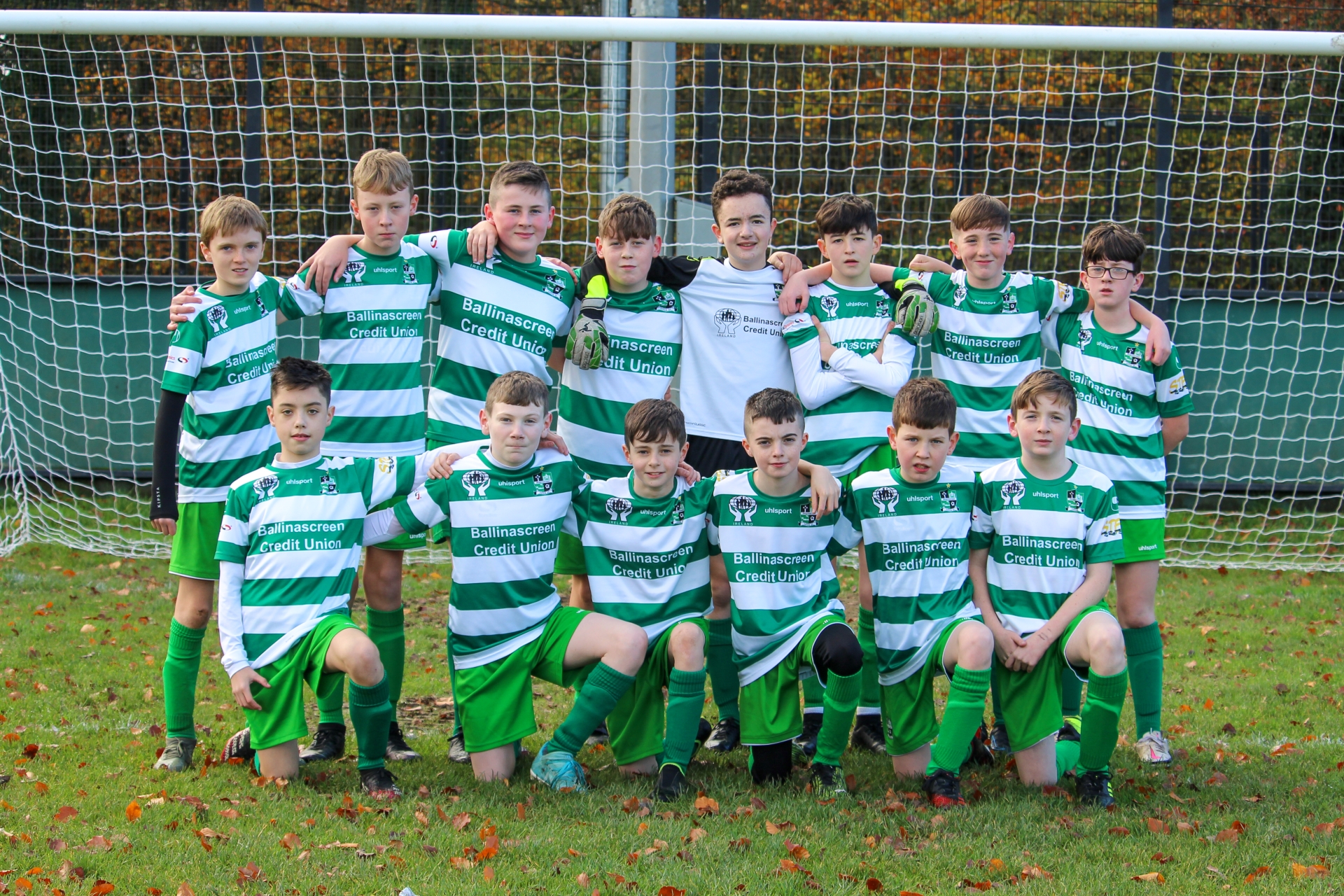 Similarly to a few weeks ago against Oxford United Stars, the 2009s found themselves travelling across the mountain to play the league leaders, this time facing Phoenix Athletic.

Phoenix started the brighter of the sides, moving the ball nicely. However, the DC backline of Conall, Ben, Dara Law and Noah McDonnell was relatively untroubled and stuck to their task well.

When DC had the ball they were looking threatening, with Harry and John linking particularly well. It was this combination that brought DC into the lead, Harry playing a ball into John who unleashed one into the top corner from the edge of the box.

The lads were able to frustrate Phoenix by holding on to their lead going into half time. HT 1-0 DC

The second half saw Phoenix push one of their centre backs up to the right wing and he made life incredibly difficult for DC with his pace and trickery.

Phoenix scored twice from his runs and were awarded a dubious penalty from one as well, Dara Rafferty being unlucky not to save it.

Credit to the lads as at a time when it would have been easy to let heads drop they still played their football and were able to grab one back when a Conor corner caused a goal mouth scramble, the ball hitting off Conan before eventually being finished by Harry.

DC pushed on in hopes of an equaliser but it wasn't to be with time against them.

The lads can be proud of an excellent team performance that made life incredibly difficult for Phoenix, who realised they were in a tough game and were relieved to hear the full time whistle. Thanks to all those who travelled up to support the boys. 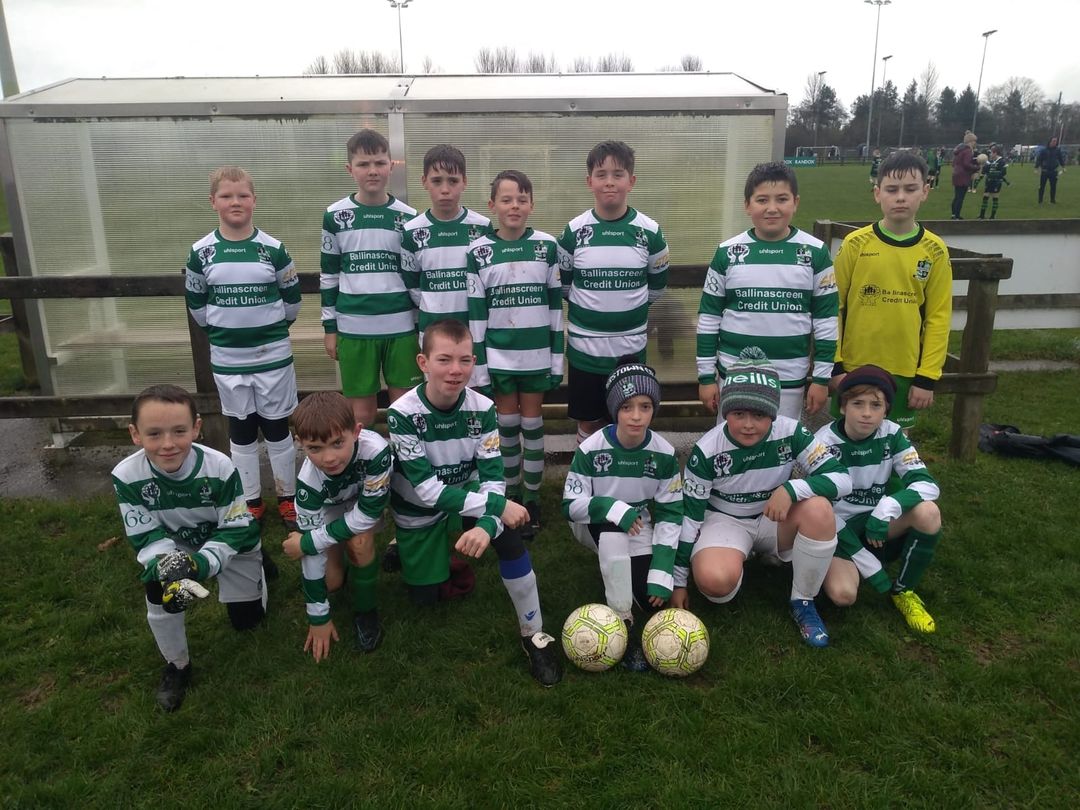 DC 2010s came out on the wrong side of a 2-1 scoreline in an evenly matched affair in Coleraine this morning. Both teams tried to play attacking football throughout which resulted in an open game with plenty of chances.

It was DC who took the lead midway through the first half with a thumping drive to the top of the net by Caoilum. TOTH equalised 10mins in to the 2nd half after a well worked short corner.

From here on, it looked like either side was capable of getting a winner but unfortunately for DC it was TOTH that grabbed it when in the the dying minutes their young striker curled a shot to the corner from the edge of the box.

Disappointed faces at the end, but a great effort from the boys again.

Thanks as always to the parents for their support.

Also thanks to our young ref who brilliantly managed what was a very competitive game. The 2011s were on the wrong side of a score line that flattered the opposition at Coleraine this morning.

The DC lads were slow to switch on from kick off and Coleraine went one up in the opening seconds but when the lads did get going they were equal to everything thrown at them.

Charlie saved a penalty to keep it at 1 but Coleraine got a second just before half time, more to do with the horrible conditions than anything else.

A couple of momentary lapses were the difference in the second half but DC did get a consolation goal when Matas was brought down in the box and Dylan scored the resulting penalty.

Great credit to the lads for fighting to the very last kick of the game. With performances and effort like that, results will come more regularly sooner rather than later.

Thanks to the parents for the great encouragement to the lads from the side line.

On Friday night at Cookstown MUSA 2013s drew v Augher 1-1 and won v Moyola 4-1. 1st game v Augher played on the front foot from the start but just couldn't get a goal.

However in the 2nd half and following a good passing move, James put DC 1-0 up. The lead wasn't to last long as DC pressed for a 2nd goal, Augher broke and equalised with only a few minutes left. 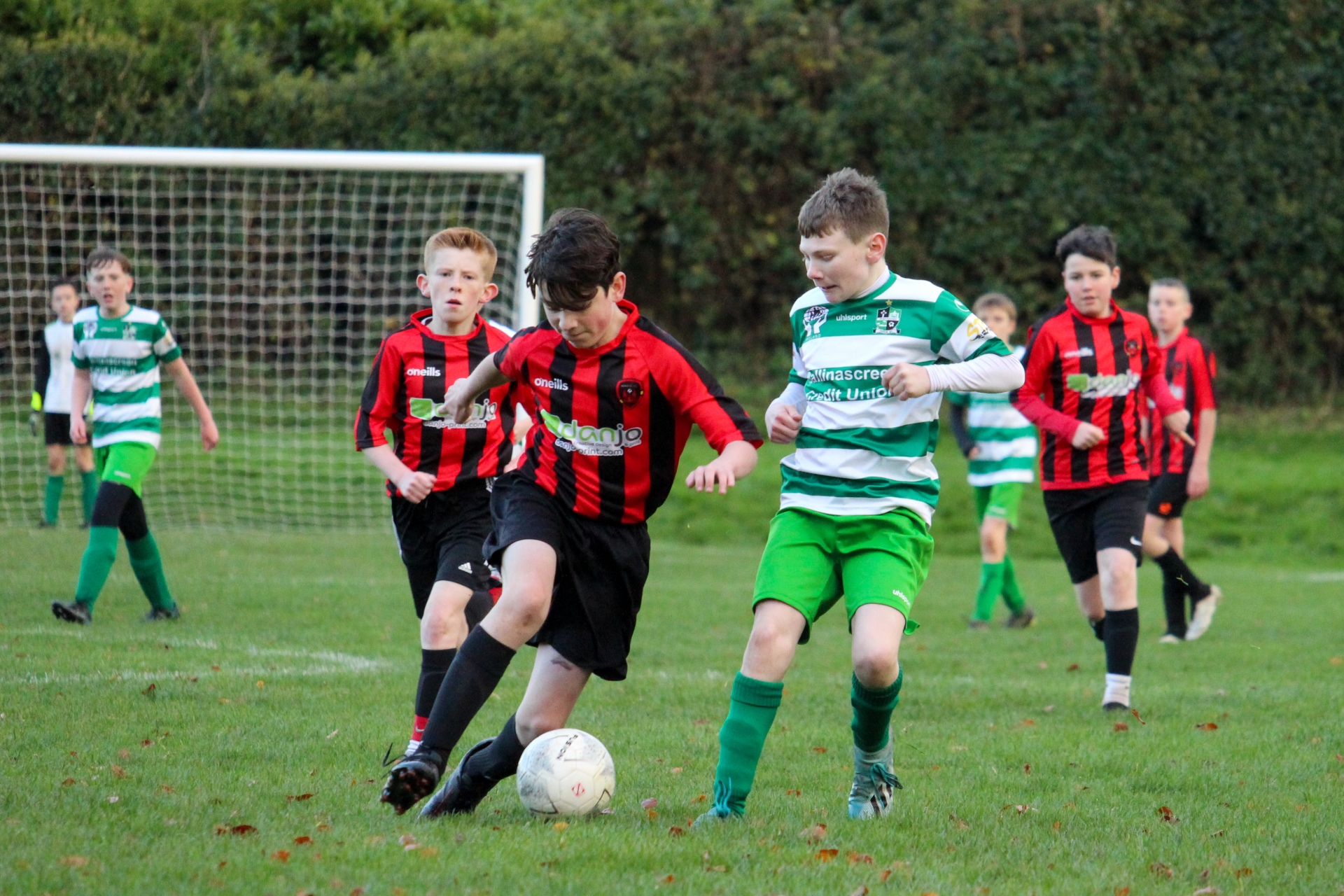 2nd match v Moyola, DC continued with their pressing play but it wasn't until the 2nd half that the 1st of 4 goals was scored by Paddy. This was quickly followed by 3 fine goals with 2 by Thomas and another by Caoimhin.

Moyola scored their only goal with a few minutes left. A good night at Cookstown with good performances all round. Debuts tonight for Caoimhin and Daire. Both lads played very well tonight.

The seconds won through to the next round of the Chronicle Cup.