The seconds won through to the next round of the Chronicle Cup. 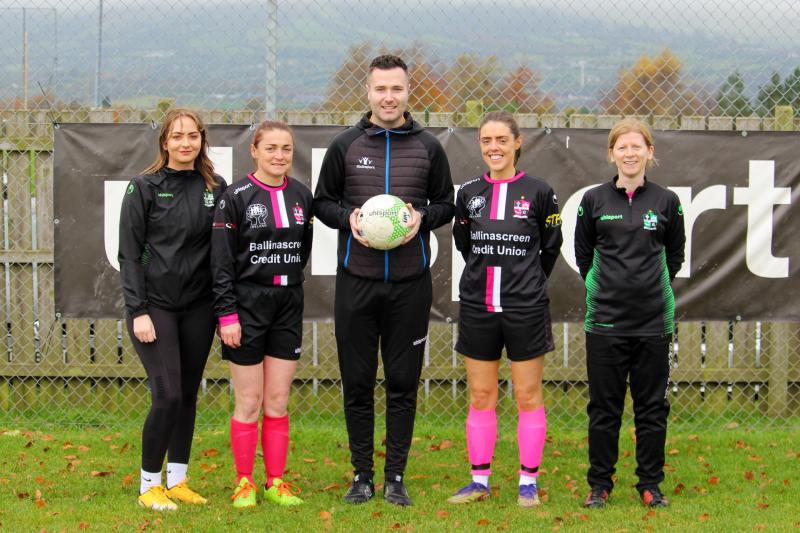 Padraig Donaghy of Klubfunder presents the match ball to the DCFC Diamonds ahead of their match against Antrim Rovers, where they were 7-5 winners.

DC reserves were at home to Glenshane Athletic for the third time this year in the Chronicle Cup. Glenshane started strongly and dominated the first 20 minutes.

They had several chances before going ahead with a strong header from a corner. DC changed shape shortly after and began to grow into the game, however it took several excellent saves from keeper Conor Gallagher to keep them in it.

DC created a few chances and were unlucky not to equalise with Flanagan, Rafferty and Connor Mccann coming close.

Shortly before half time Jack Heron got up high and strongly converted Enda McKees corner. DC went in level despite being the weaker team.

As soon as the 2nd half started DC upped the tempo and pressing and began to dominate the game. Noel Rafferty took advantage of an uncleared corner to put DC ahead.

With Hegarty, Heron, McSorley and Burke strong at the back DC didn't give Glenshane many chances in the second half, a rare corner was cleared by Conor McCann and the irrepressible Rafferty pounced on a mistake, ran the ball from halfway and chipped the keeper for an excellent 2nd.

Paul McSorley was introduced and worked strongly with McKillion in the middle of the park. Michael O'Kane and Cormac McCallion came on up front and both worked hard and created a few chances.

In the dying minutes of the game after another couple of brilliant saves from Gallagher, "Cheesy" McCallion pressed high on Glenshane at the back, won the ball and played in Rafferty to complete his hatrick.

Unlucky for Glenshane who were very strong in the first half, but its DC who march on into the next round.

It was a tough game on Friday night for the boys against a very impressive Newcastle side. The lads were three down in the first half but after a good half time team talk, they came out fighting.

They worked extremely hard to keep Newcastle at bay for most of the second half but frustratingly another goal slipped past to make it four.

To their credit, the lads kept fighting for that consolidation goal when in previous seasons they would have thrown in the towel and credit must go to their coaches for improving the lads attitude.

But for some great defending from the back four and great saves from Shea Reid, Newcastle could easily have had more goals.

The coaching team of Shiels and Crockett commented that they were proud of the boys for putting up a good fight and thanked the parents for all the support from the sideline. 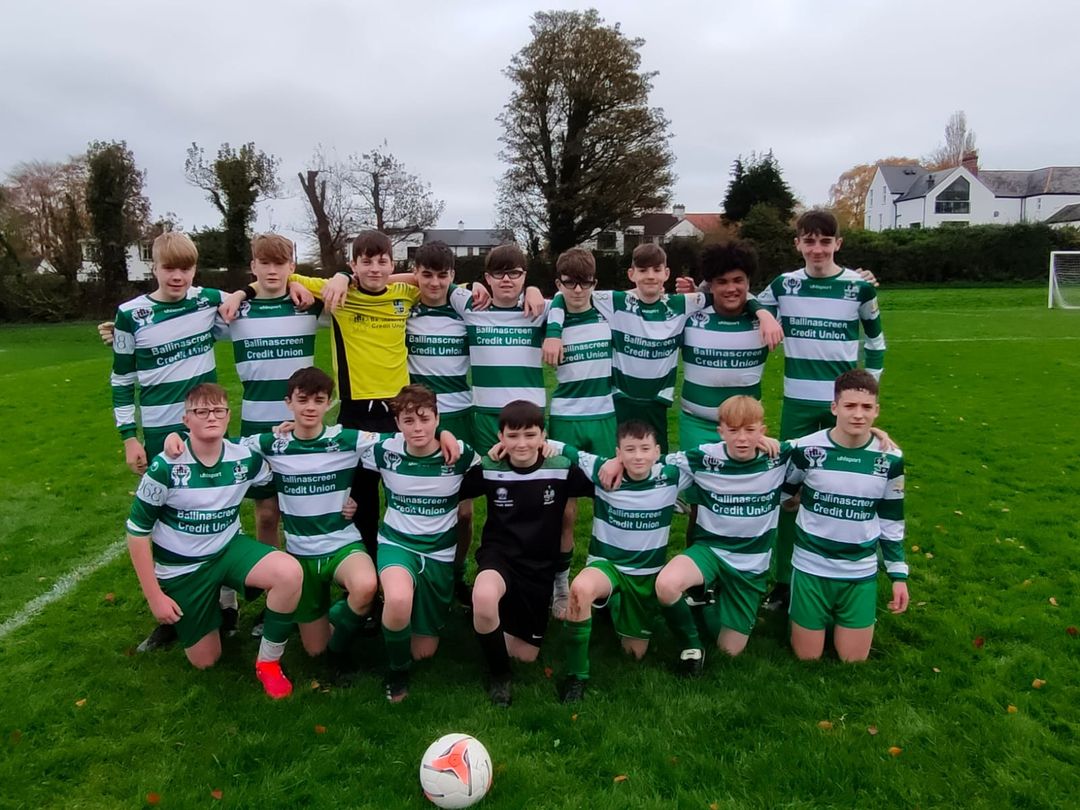 A good start by the young Celts on Saturday morning saw them go one nil up from a close range header by J Quinn early on.

This spurred the lads on and they scored three more goals in the half through 2 close range headers from C Murray-Williams and R O'Kane and a nice dink finish over the keeper by J Quinn. HT 0-4.

DC scored early in the second half through B Kidd to make it five. J Quinn then finished a fine move which went from defence to attack to make it six. G McIvor then scored a lovely lob finish for number seven and B Kidd then scored number eight, beating and rounding the keeper for a tap in. Good work all round by everyone today. Thanks to parents for lifts and support. 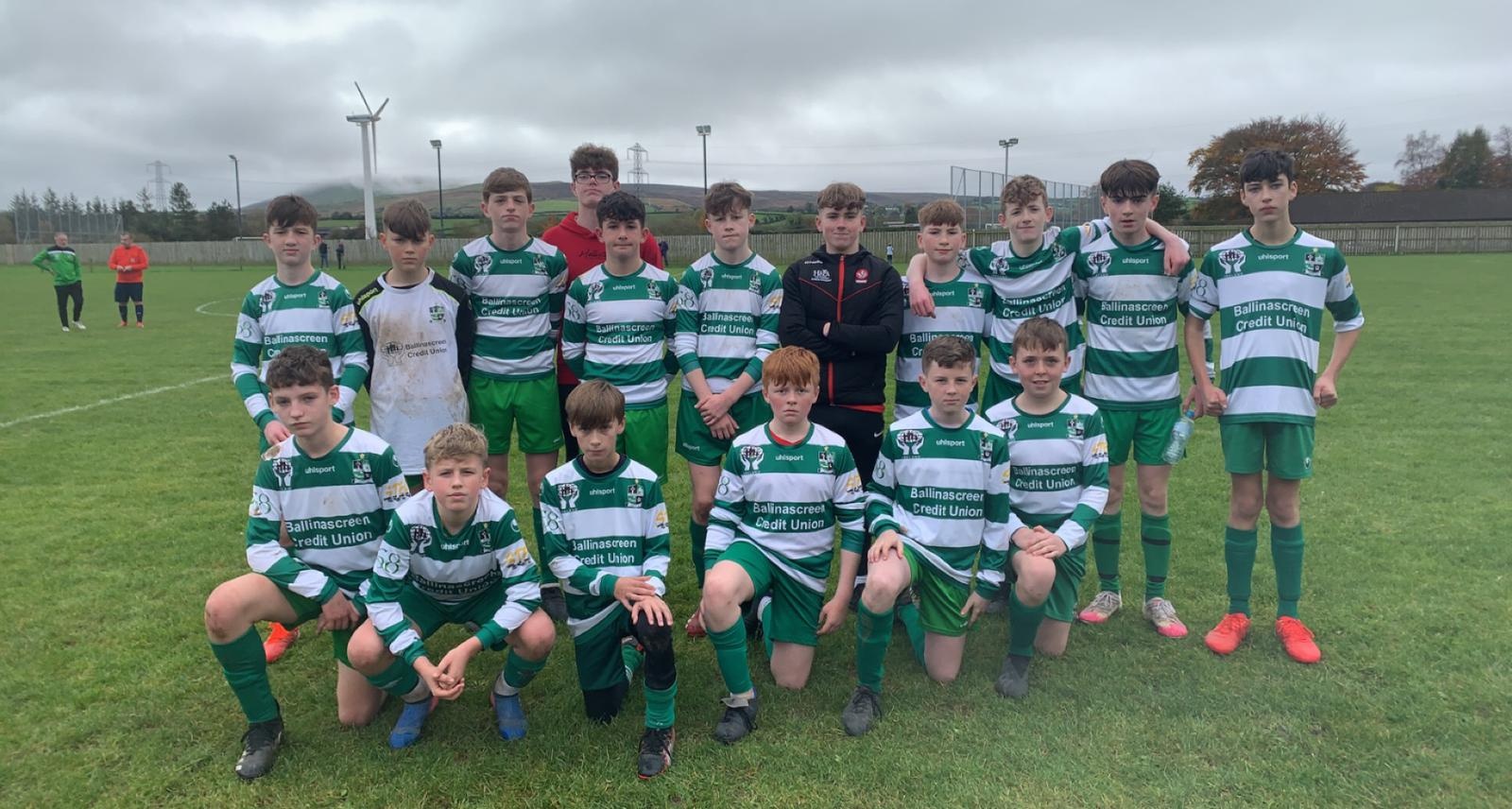 Three nil down after 17 minutes, a few changes were made to shore up the defence and it worked. DC came out in the second half and goals from Michael, Ronan and a pile driver from PJ brought the lads level and very much back in to the game.

Unfortunately, a mistake at the back allowed moyola in to score a last gasp winner. A great battling performance from the lads and thanks to all the support that showed up. 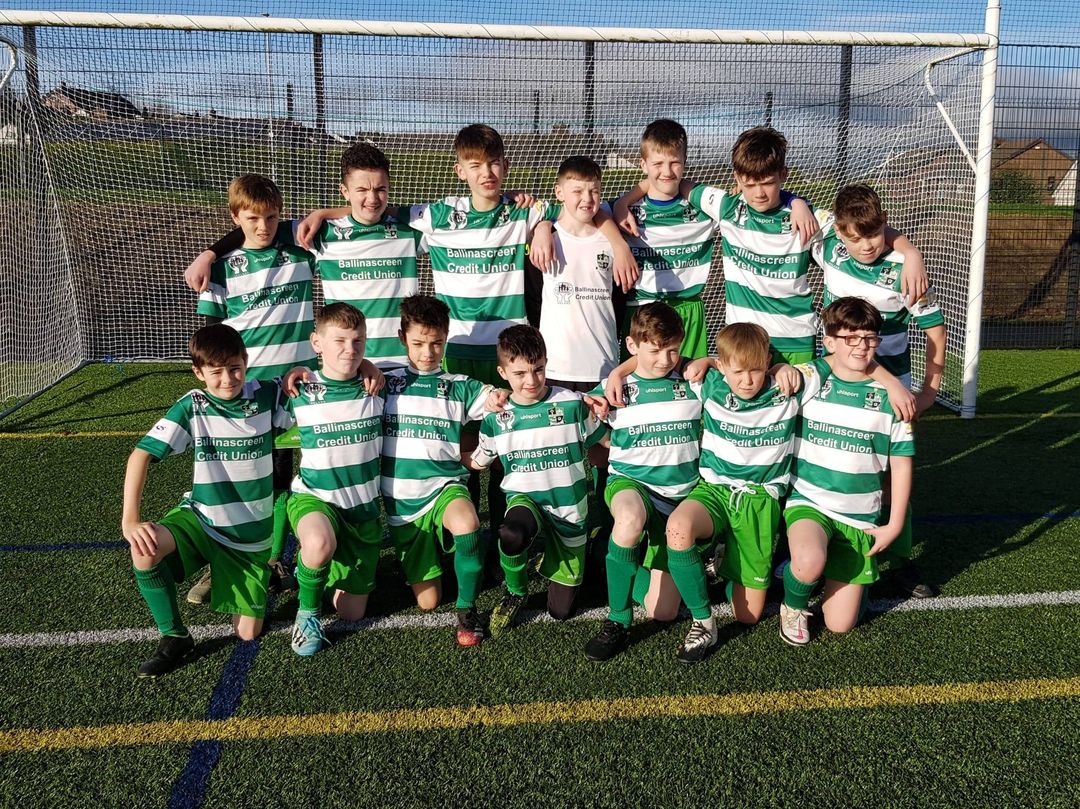 It was a tough day at the office for the 2009s as they struggled to hit the heights of the last few weeks against a decent 1st Bangor Juniors side in the NIBFA Cup.

DC had a panicked first half, struggling to get the ball down and playing. Despite this the lads managed to grab the lead as an excellent Pádraig McWilliams corner was converted by Pól McPeake.

From this point on Bangor took advantage of the unsettled young Celts and grabbed two goals in quick succession. At times DC threatened on the counter, Bangor struggling to deal with the threat of Shéa O'Hagan who rattled the post after being played in by a superb ball from Noah Murphy.

DC came out more settled in the second half and this was reflected in their performance as they really pushed Bangor back.

The lads had chances to get that equaliser which would have given them the momentum to go on and win the game but it wasn't to be on the day, with luck being on the Bangor side with near own goals and chances that were being scored in the last few weeks just not falling for the boys.

The lads came off disappointed as they knew if they played the way they did in the second half in the first, they could have came away with the win.

However, they should hold their heads high for putting up such a fight and for the run of form that they've been on. Thanks to all those who came up to support the boys, it is always appreciated.

Thanks to Delicious for providing after match refreshment for the boys. Good luck to 1st Bangor Juniors in the next round and for the rest of the season. 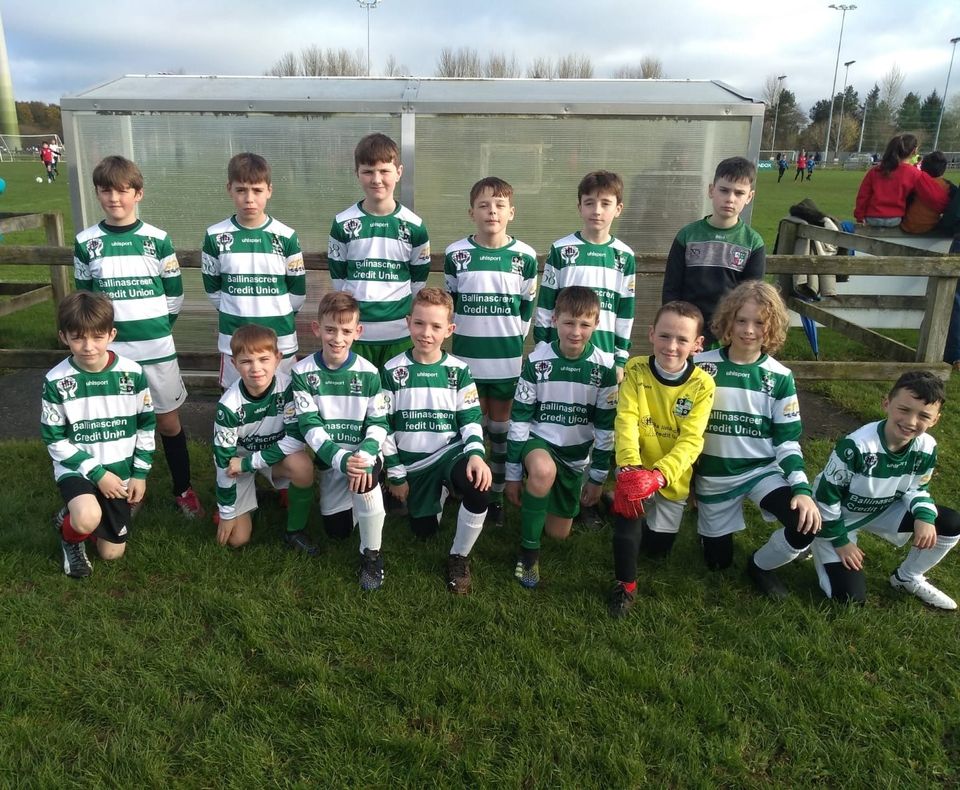 Our 2010s gained a hard earned victory over a well drilled Coleraine 2011 team on Saturday morning in Coleraine.

Coleraine started strongly and had the young Celts under a lot of pressure for most of the first half, as DC struggled to get in to the game early on.

As the half wore on DC began to get further up the pitch and looked more threatening. Despite their early pressure, it was through a breakaway attack that Coleraine deservedly took the lead with a low shot to the corner late in the half.

DC started the 2nd half with much more intent and began to create more chances. One of these attacks ended with Owen getting brought down in the box for a penalty, which Odhran K dispatched to the corner of the net to level up the scores.

Now very much on top and with 10 minutes left, DC pushed for another and got their reward 5 mins later when Fionn C rifled to the net after some great footwork inside the box.

The last 5mins were end to end, but strong work from DC midfield and defence was enough to keep Coleraine out.

Well done to the boys on a hard earned victory against one of the strongest teams played this year.

A special mention also to Fionn C and James on making their first appearance for the club today, a great performance by both.