The County Derry school took on a strong Regent House side last week. 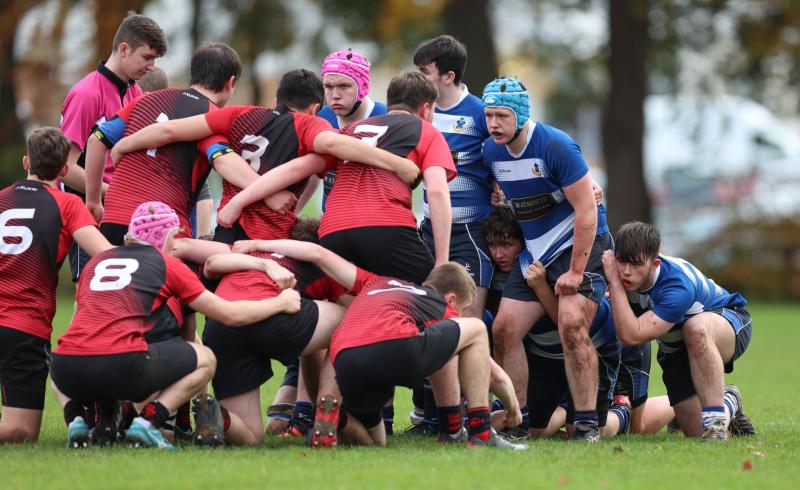 The sides setting up a scrum. Pic by Desmond Loughrey.

Limavady Grammar School and Regent House have shared the U16 Rugby Bowl competition after the sides played out a thrilling draw in Antrim last week.

On Wednesday 17th November, Limavady Grammar School U16s travelled to Antrim to play Regent House in the Final of the U16s Bowl Competition.

This was the first time the competition has taken place, and was an incentive for this age group across the province to play competitive rugby after missing the Medallion Shield last year.

Limavady had reached this stage unbeaten, after victories over neighbours Foyle College and Strabane Academy in the group stage, and Portadown in the semi-finals a week and a half ago. 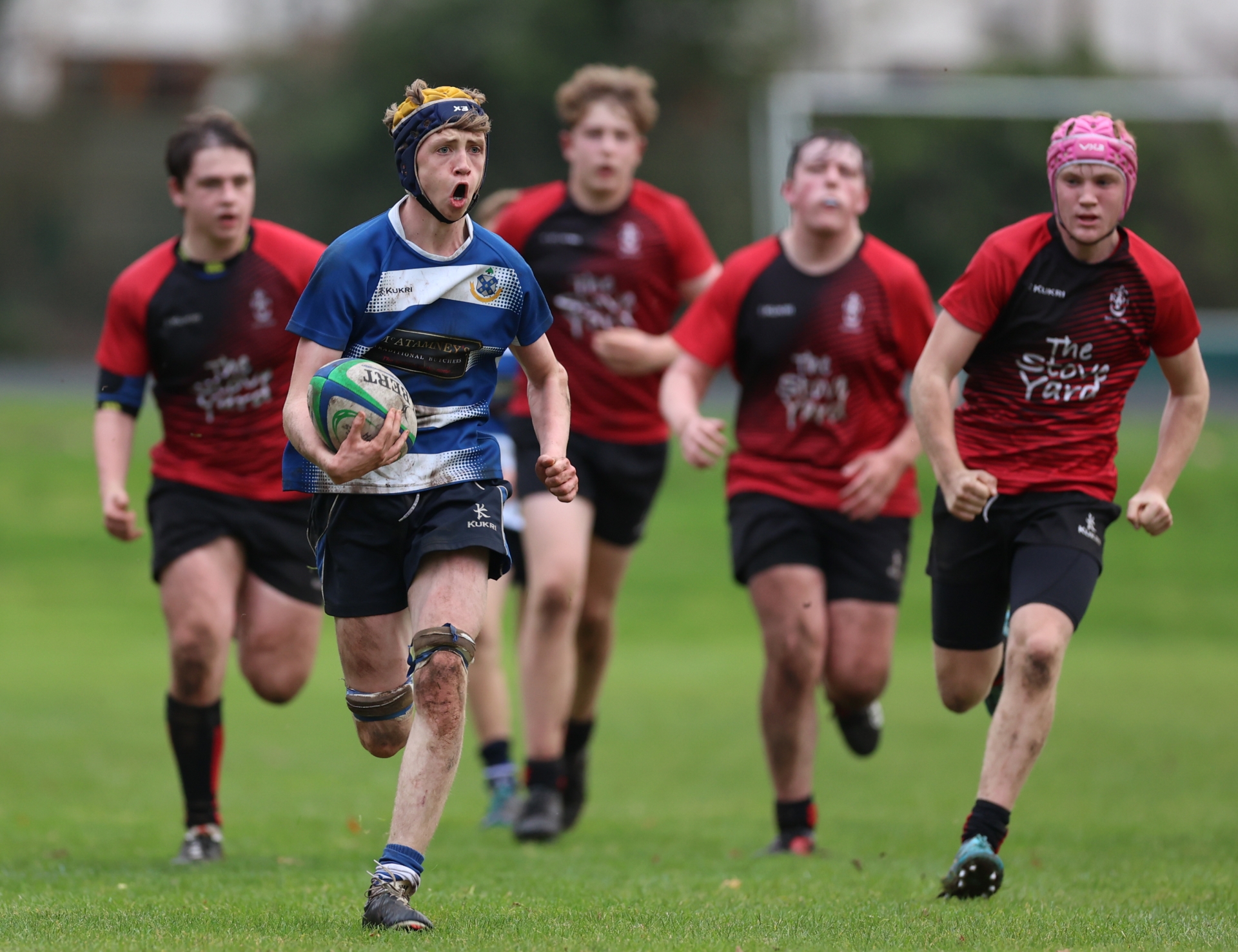 After rousing team talks from Head of Rugby Mr Hughes, Head Coach of the U16s/Medallions Mr Dunlop and Captain Odhran Clenaghan the team made their way to the field, welcomed by over 60 supporters from school and numerous parents and friends.

The team were disappointed to lose regular fly half Cooper McCausland to injury during the week, which meant a reshuffle in the back line, with Y11 James Laird moving to number 10, and fellow Medallion Josh Connolly given an opportunity at scrum half.

It was clear the pair were up for the occasion with Josh making an instant impact and James controlling the team around the park.

LGS nerves showed in the first, with the boy struggling to get into their own game. Regent House were the first to get on the scoreboard.

After losing field position, LGS tried to exit under pressure, only for the clearance to be charged down to allow the opposition to score.

Limavady showed plenty of heart in defence during the remainder of the half, forcing a forward pass and holding the ball up over the line, keeping the score to 7-0 at half time. 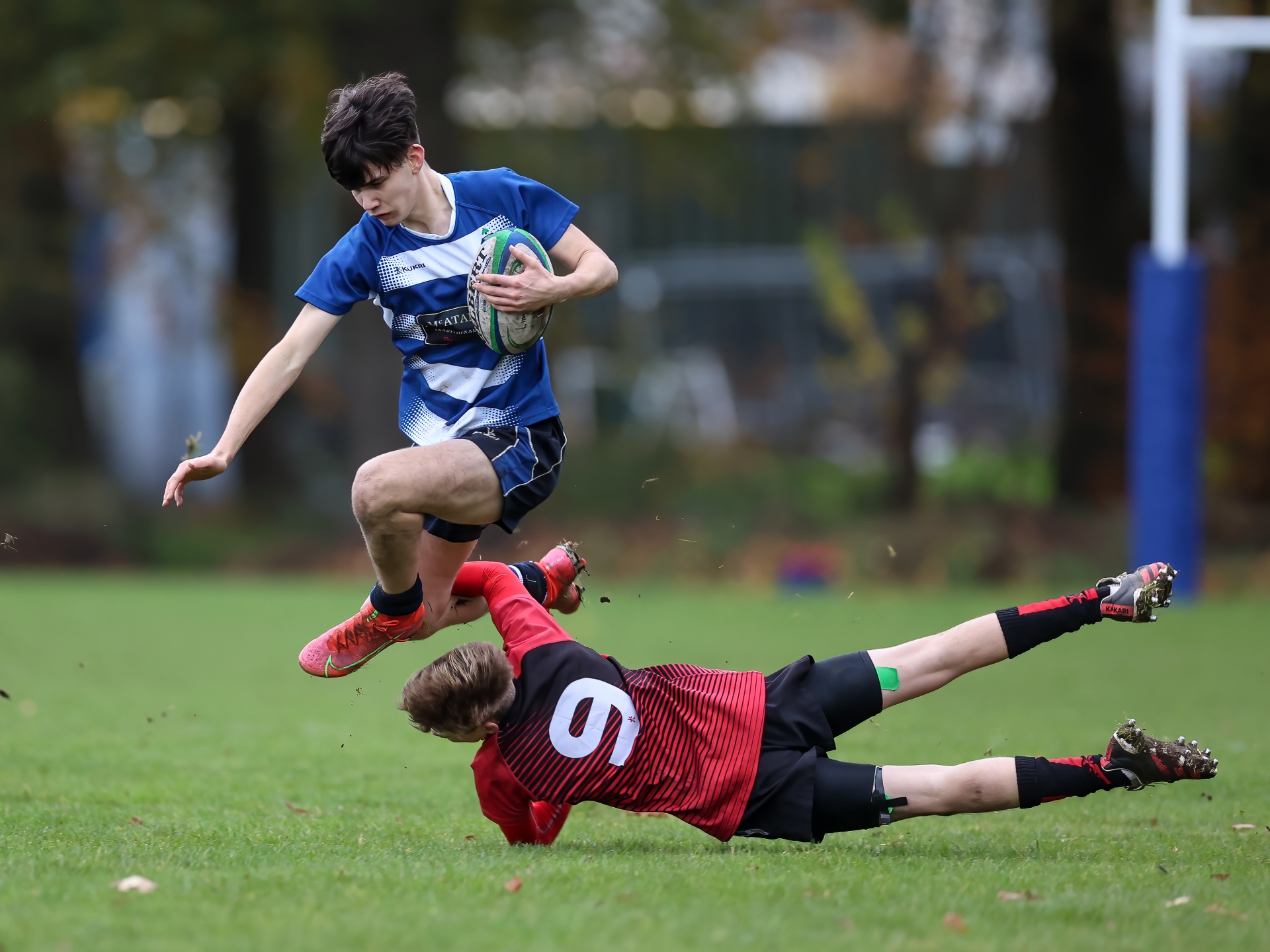 Half time team talks were frank and honest; the boys understanding themselves that they hadn’t yet played the rugby they knew they could.

In midfield, centres Conor Jones and Jamie Carmicheal began to see more ball, but were unable to get around good defence from Regent in the wider channels.

Full back Calum Watts had a lot to do at the back along with wingers Freddie Gault and Scott Hawthorne as Regent House continued to look for field position with the boot, but he was assured at the back.

The pressure began to tell on the opposition as they began to give away penalties, this allowed James Laird to close the gap with a penalty. 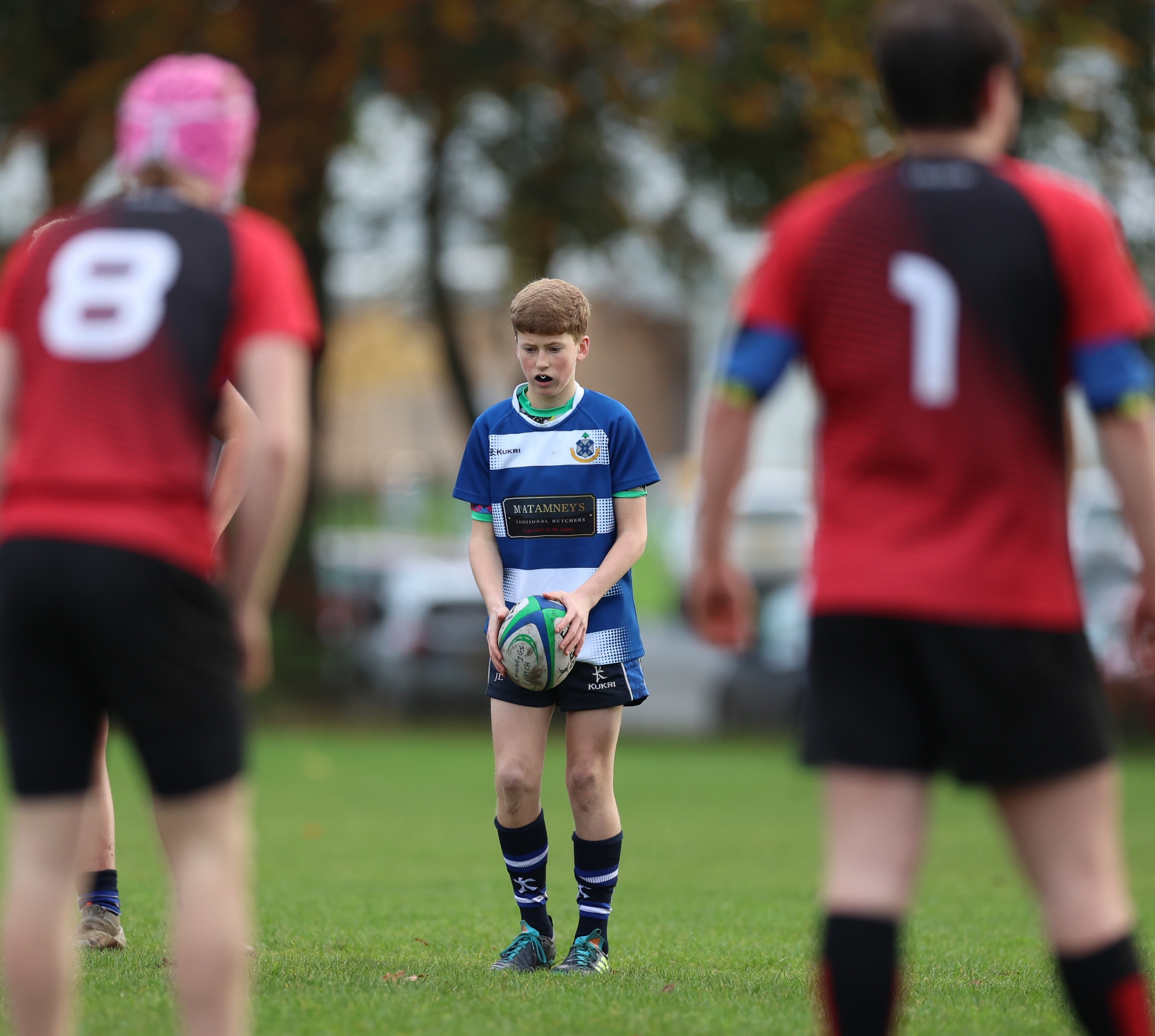 Then it was over to captain fantastic. Odhran Clenaghan used his pace to get outside a defender and break the line.

He showed great skill at full pace to chip the last defender and touch down to put LGS in the lead for the first time, James Laird converted the tricky conversive putting the team into a 10-7 lead, with under 10 minutes remaining.

At this point Y11s Kaleb Gordon and Joel Osbourne, along with Thomas O’Connor were brought on to make an impact.

The team knew they still had a job to do, but unfortunately gave up field position during a promising attack, allowing Regent House to work their way back in the LGS half.

The Ards team were then awarded a penalty of their own - for their number 10 to successfully convert to draw the scores level, with only a few minutes remaining.

With the scores level the full time whistle blew, which seemed like an anticlimax in what was a terrific game, but as both teams realised they would be sharing the trophy the celebrations began!

The boys can be hugely proud of their achievements, bringing the first rugby trophy back to Limavady Grammar in over 10 years.

Mr Dunlop would like to thank all the boys for the work they have put in to get to this stage, not only this year, but all the way through school.

Captain Odhran Clenaghan was undoubtedly the player of the match, not only for his world class try, but also for his leadership and work rate in defence.

The Roesiders were comfortable winners in a top v bottom clash.