The Glen manager also said his side pay little heed to the bookies' odds. 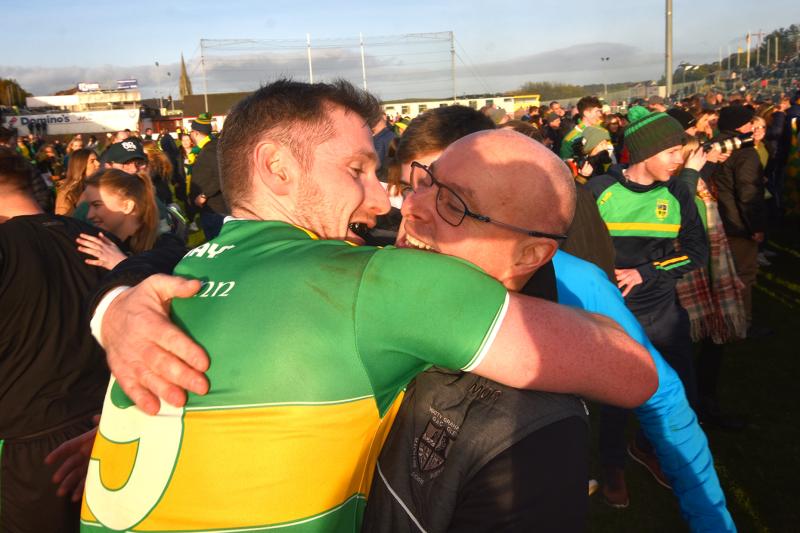 O'Rourke was on the phone to isolating midfielder Emmett Bradley after the win over St Eunan's. Pic by Mary K Burke.

Delight was the overriding emotion for Glen manager Malachy O’Rourke after his side hit the last three scores to see off St Eunan’s in their Ulster opener on Sunday.

Glen – who now face Scotstown - are the bookies’ favourites to land a first ever Ulster senior title, with only Dublin giants Kilmacud Crokes ahead of them for the All-Ireland.

“We don’t pass any remarks on that…it is crazy,” O’Rourke told the County Derry Post. He also questioned their favourites tag in the Derry championship, given Slaughtneil’s record in Ulster.

“We are just going from game to game, trying to improve and do the best we can. It is crazy odds, but we can’t do anything about it and we just have to go about our own business.”

O’Rourke admitted that his side were ‘frustrated’ with the home team’s defensive setup. He pointed to a ‘fortuitous enough’ goal from Padraig McGettigan that left Glen trailing for 44 minutes.

“They (St Eunan’s) always seemed to have that bit of breathing space, but the one thing I knew was that the boys wouldn’t be found wanting for character,” O’Rourke added.

“There were a number of things that weren’t going our way, but the main thing is that the boys battled away and got through it.”

O’Rourke was seconds earlier on the phone with absent midfielder Emmett Bradley, who was unable to travel with the squad to O’Donnell Park, a decision the Glen camp were aware of last week. 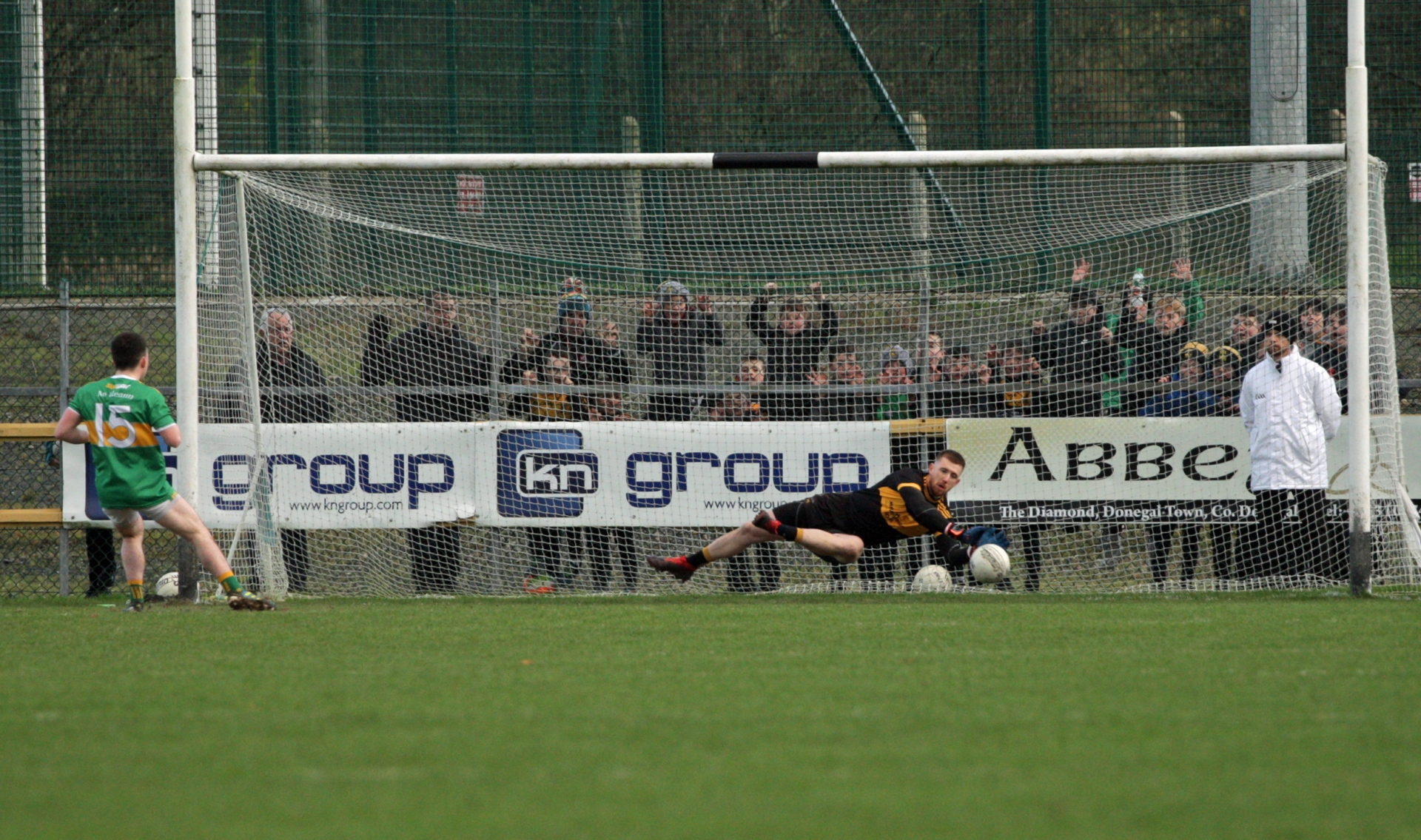 Conleth McGuckian watches his penalty turned away by Shaun Patton during Sunday's game.

The Glen boss was relieved their penalty miss didn’t derail their Ulster hopes.

“You always know against somebody like Shaun Patton that there is a chance you could miss a penalty, but you just hope that the boys’ head wouldn’t drop,” he said.

“I knew at that stage that we were starting to motor a wee bit. We went at it again; we kept the pressure on and we got our rewards for it.”

Their fortunes changed when Michael Warnock stepped forward to kick a 60th minute equaliser, something his manager felt he was well capable of.

“I heard one of the (Glen) boys saying that Letterkenny boys were saying ‘let him kick it’ and ‘let him go’, but he (Warnock) was very composed and he has that it in his locker,” said a delighted O’Rourke.

“Scotstown are coming down the tracks and if we don’t improve big time, that’ll be as far as we go,” he pointed out, but felt the nature of their victory in Letterkenny will stand to his players.

“You have to keep the head no matter what when things aren’t going well for you. If you start panicking, you are going to be on the back foot and you are not going to get anything out of the game.”

PREVIEW: St Eunan's are no strangers to newly-crowned Glen