Conor Glass: 'This is the reason I came home'

The Glen talisman reacts to winning the John McLaughlin Cup. 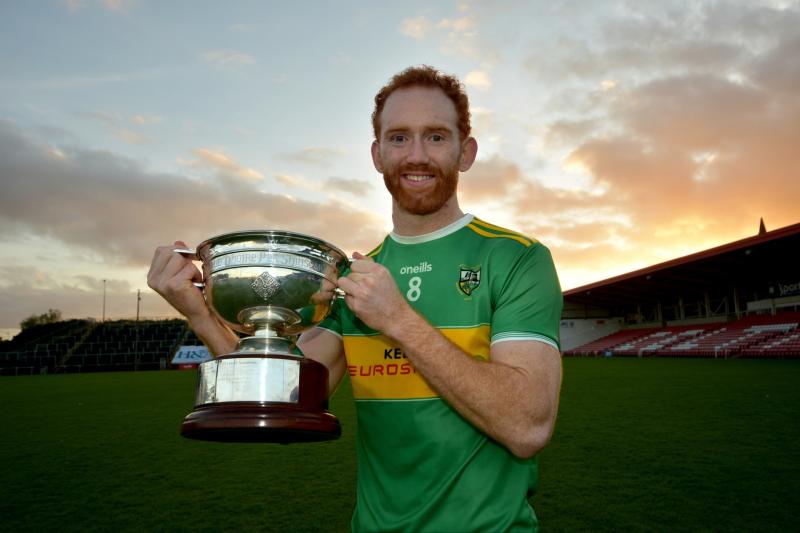 When Conor Glass made the decision to end his AFL career and return home, there was one particular day on his mind.

On Sunday, that day came to fruition. Glass had played a pivotal role in helping his club to their first senior championship.

He dropped to his knees in celebration. All of the emotions, the rollercoaster, the journey – all captured in one moment in time.

He watched from the bench in 2019 – unable to play due to his contract with Hawthorn – and he felt that sharp pain of defeat.

“Growing up this is really where I wanted to be,” stated Glass.

“Obviously the opportunity arose to go to Australia, and I did that and enjoyed it, but this was the main reason for me coming home was to be around my friends and my family on these special days.

“A lot of hard work and a lot of dedication has gone into this moment but it’s just relief now and we can finally say that we are county champions for the first time. It’s just amazing.”

For all that his career has brought him to date, there was something special about being amongst his own people, celebrating a moment that so many of them had worked for.

It wasn’t just about the players or the management, it was about the community.

“We’ve achieved the dream there today and a few boys were emotional after the game, but it shows you the passion that they have and what it means to them,” he said. 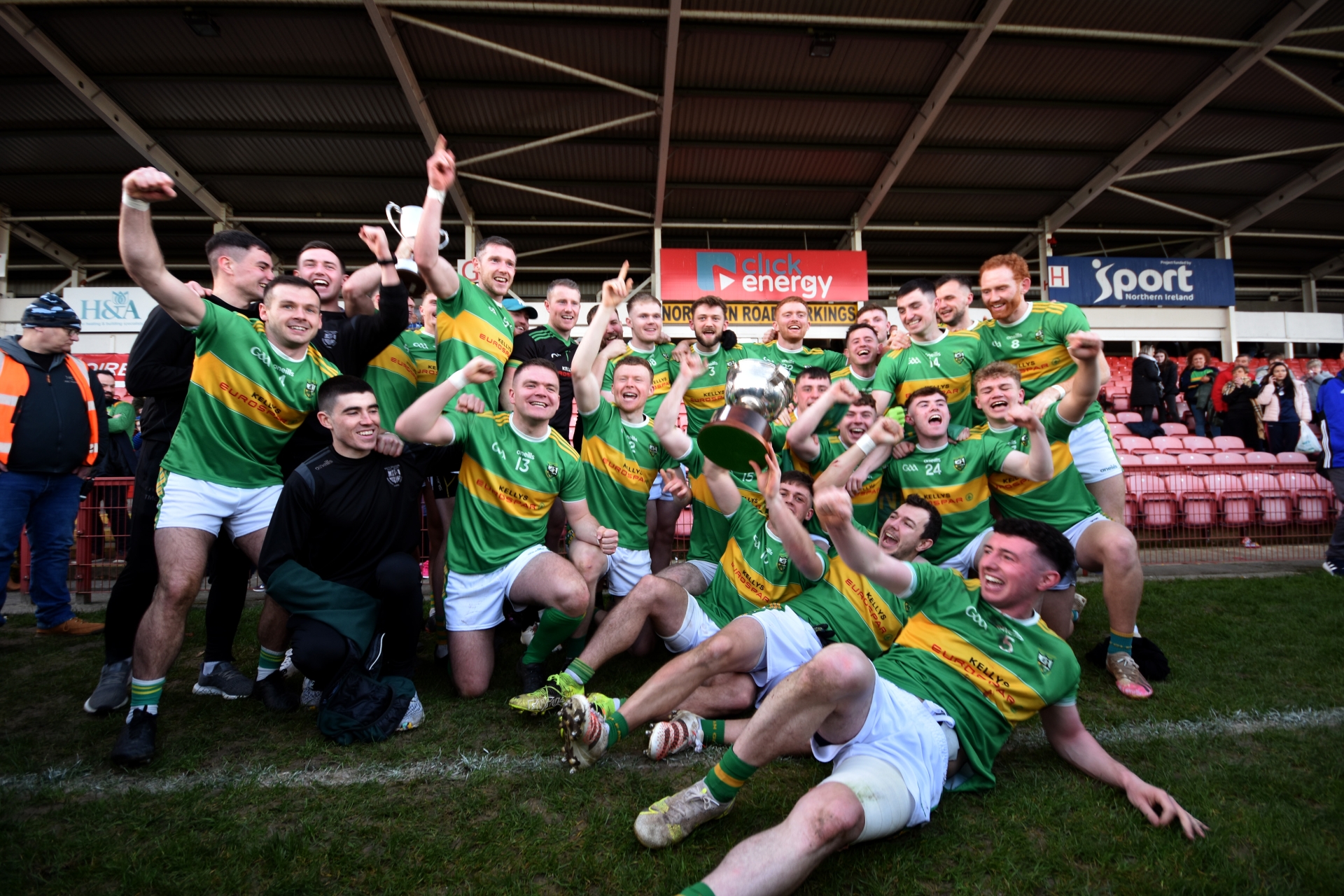 He added: “You have the range of trustees, John J (McKenna), and then the younger crew running around – and it means just as much to those younger boys as it does to the rest.

“I guess they haven’t felt the heartbreak that the older ones have, but we’re building a different pathway for those younger ones and giving them something to aspire to.

“That’s one thing that we have achieved today.”

From the moment captain Connor Carville opened the scoring six minutes in, it only looked like one team was walking away with the John McLaughlin Cup.

Glass insisted that they weren’t taking anything for granted until they heard that whistle.

“Slaughtneil had been champions for five of the last seven years so they’re obviously a very experienced team and they know how to get back into games and see games out,” he said.

“We had to stay alert until the last two or three minutes and thankfully we had a big enough lead then to sit back and to see the game out.

“You don’t usually get that in a county final so it’s obviously a very good feeling.”

PREVIEW: Galaxy of stars on view as Glen bid for first title

A thunderous game is in store, but who'll provide the lightning?