PREVIEW: Galaxy of stars on view as Glen bid for first title

A thunderous game is in store, but who'll provide the lightning? 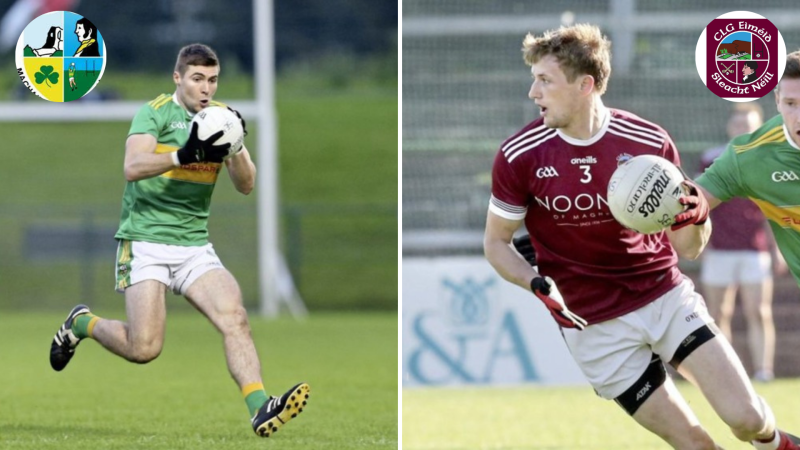 At some stage this week, the John McLaughlin Cup will have made its way to the Maiden City.

Holed up in Owenbeg over the last few weeks in the company of its fraternal silverware, it will make navigate the road works en route to Celtic Park.

It will be followed north by two teams who will start their journey at almost the exact same point. When it comes to local rivalries, this one is just that little bit closer.

Green and yellow flags have sat uneasily next to the maroon and white around Maghera since both teams won their respective semi finals last weekend.

Slaughtneil were first into the pot, eventually dismissing Lavey after extra time, while Glen had a much smoother passage with a comfortable win over Loup.

The results were indicative of how both sides have come through their respective knock-out stages.

After dispatching Dungiven in the first round, a Christopher Bradley-inspired fightback saw them overthrow Eoghan Rua's early lead to reach the semi final.

Lavey forced the game to extra time, but Slaughtneil's fitness and technical nous won through in the end to give them a four-point victory. 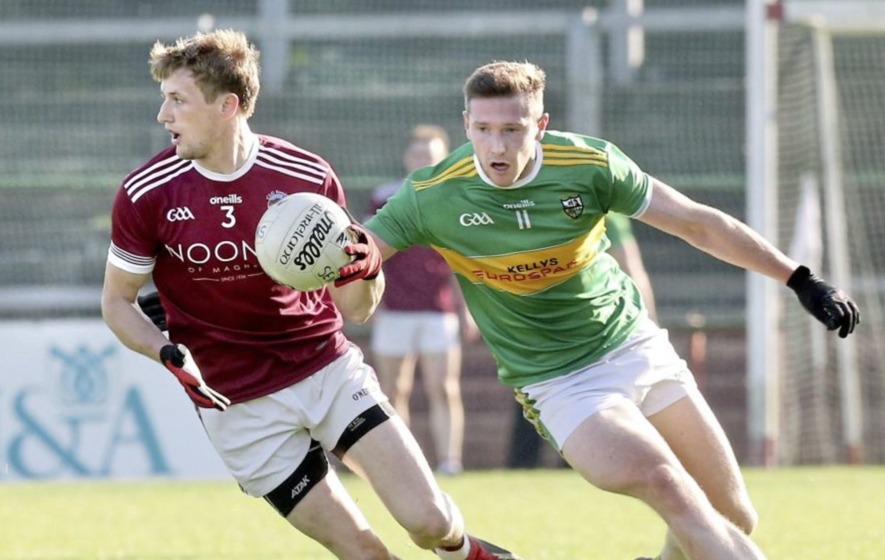 Brendan Rogers evades Emmett Bradley when the sides met in 2019.

Glen have come to life in this competition's knock-out stages. Seven of their nine goals have been scored in the last three games, with three green flags raised the last day out against Loup.

All three knockout wins have been comprehensive, with Foreglen and Swatragh put to the sword in the first round and quarter final respectively.

There is no doubt we are about to watch the two best football teams in Derry contest the county final.

Frighteningly, Glen's scoring total is higher and they have conceded even less. Malachy O'Rourke's side have hit 9-102 (129pts) and conceded 3-41 (50pts), leaving their score difference at +79. 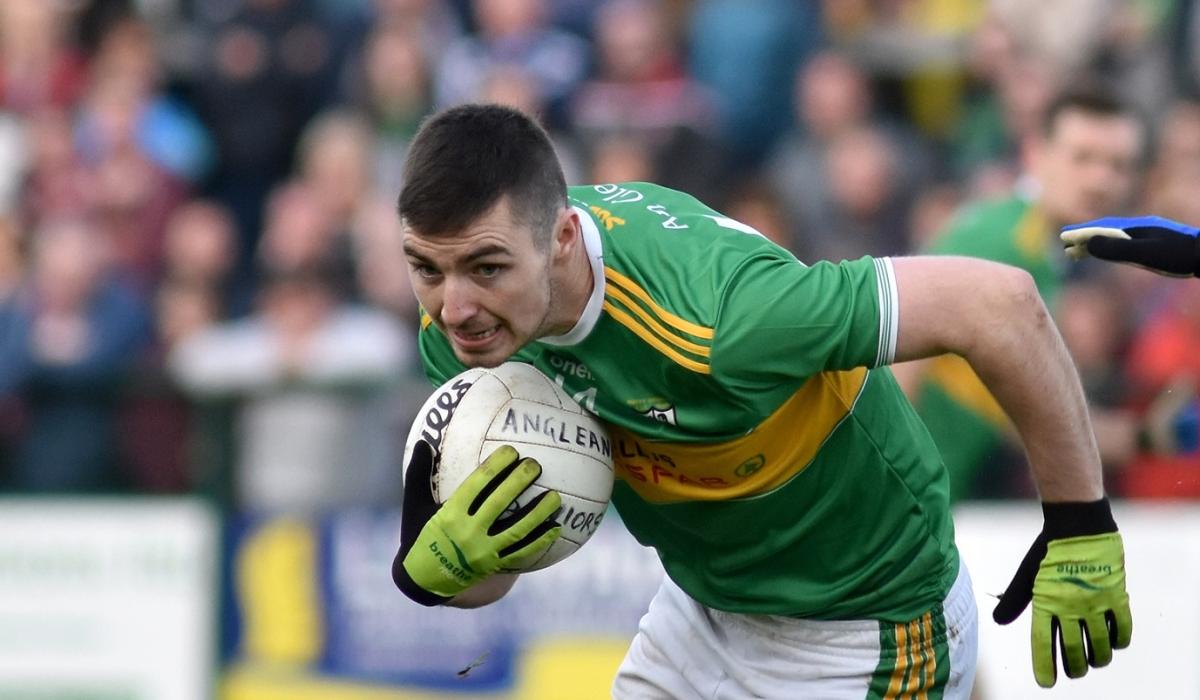 Paul Bradley's men will point to their opposition in the last two rounds in mitigation, but there is no doubt that given space, Glen are a formidable scoring force.

The Emmet's clinched their sixth-ever title in last year's decider, played amid autumn Covid restrictions at Bellaghy, and their recent dominance has been watched with envious eyes in their midst.

Glen are facing into only their second senior final ever and have never won the competition. A glut of underage success, however, is starting to mature into optimism. 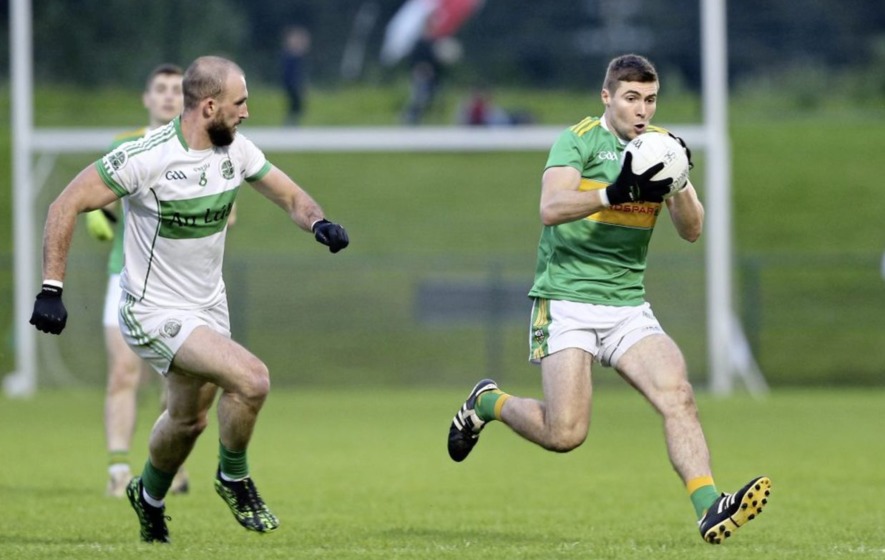 Watty Graham's won four Ulster minor titles in the early 2010s, and with the talismanic Conor Glass back in the fold, and the hugely-respected Malachy O'Rourke in the dug out, they will be hopeful.

Despite their respective winning pedigrees, this cannot be cast as David v Goliath. Recent meetings have shown these sides are neck-in-neck.

When the sides met in the league decider in 2019, the lanes around the Emmet's came to a standstill with the traffic. Slaughtneil won.

Later that year, Glen turned the tables in an epic encounter at Owenbeg. The Emmet's responded by calmly winning back the John McLaughlin the following year.

Tale as old as time. Shane McGuigan draws close attention wherever he goes, and Warnock will have responsibility for tracking him around Celtic Park.

McGuigan is the championship's top scorer with 3-32, the man whose hands the Emmet's will attempt to work the ball.

Subduing his influence won't win Glen the game on its own, but it would certainly help.

While not in direct combat, McFaul and McKaigue are the pivot on which their team's performance leans.

Both adept at controlling play, linking defence and attack, and popping up with scores of their own, their opposition will need to employ concentration and work rate to curb their influence.

The prospect of watching these two dictating play is a mouth-watering one.

Gaels all over Derry have been dreaming of this midfield battle occurring in championship heat for years, and would no doubt be in favour of an 'all kick outs long' policy for this very reason.

Barring a major shift in trends, that is unlikely, but the physical contest between the pair will be intriguing.

Between this and the other midfield battle of Emmett Bradley and Pádraig Cassidy, its outcome could go a long way to deciding the game.

Gunning is the only man who could possibly still challenge Shane McGuigan for top scorer, but he will have his work cut out against the experience and power of Slaughtneil full back Rogers.

The Glen forward sits third on the leaderboard with 1-24 and has the guile and composure to cause some problems.

Rogers has his role down to a tee though, and Gunning will have to be on his guard too to stop him launching attacks from deep.

There is a potential classic in store at Celtic Park on Sunday. A glance down both team sheets highlights a plethora of star names.

Both sides will come to play football, and the crowds will come in anticipation of the same.

Celtic Park hits that bit different in autumn, with John McLaughlin all ribboned up and sitting in the stand.

The last time Glen were this close they had to walk past it, with excited Magherafelt yelps stinging hard and probably haunting them long into the winter.

They have the ability to exorcise those demons if they hold their nerve against Derry GAA's perennial winners.