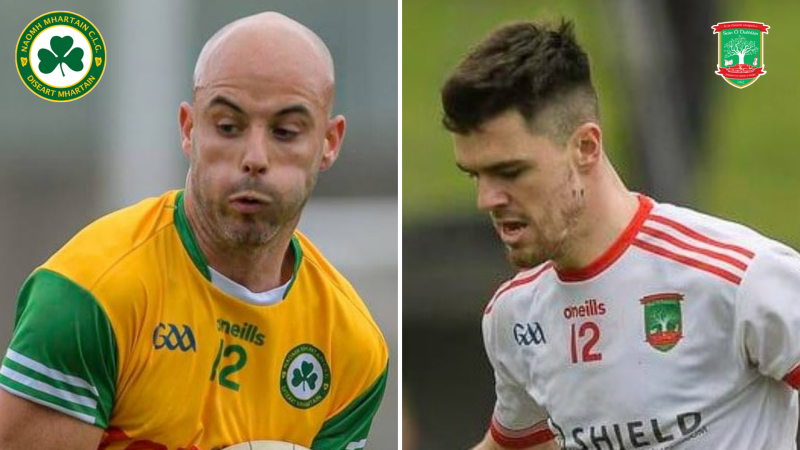 Surprise package Sean Dolan's are set to do battle with current holders Desertmartin in what will be a novel pairing in the junior championship final for a number of reasons.

Saturday will mark the Derry men's first final since 2009, with three of the current squad – Kevin Nixon, captain Paul Melaugh and Joe Gallagher all featuring in the title success.

“We're well aware of what we're up against, but we always like being underdogs. That's when we perform.

“We like to prove people wrong; we're a product of our own environment, but we respect who we are playing.

“They'll respect us too. We're not there just to make up the numbers or for a day out.”

The semi final evidenced Wilkinson's words, as Dolan's shook off a cagey start to power home with composure and verve. 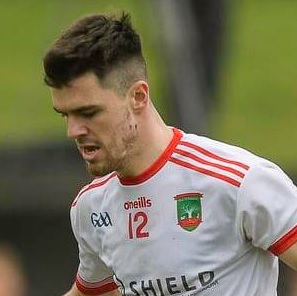 Caolan McCosker's line breaking, Kevin Nixon's movement, and a touch of class from Odhran McKane's finishing helped them to a four-point victory.

The forwards are joined by a defence eager to get involved, and the energy from corner backs Ruairí Thompson and Ryan McLaughlin was noticeable the last day out.

There was elation after the final whistle in Ballinascreen.

“All year we've talked about the next game, but they just felt the buzz of making the final, because nobody gave us a sniff at the start of the year,” he said.

“They were delighted, after the effort they put in, that they were getting a final out of it. If we can get off to a far better start in the final, like we have in some games, we'll be harder to beat.”

The Dolan's manager has seen plenty of Desertmartin.

“They work it to their shooters and work on the loop, so we have to find a way of stopping it,” he said.

“We'll keep watching them and pass that onto the players, see if we can come up with something. It's one thing noticing it; it's another putting something in place to stop it though.” 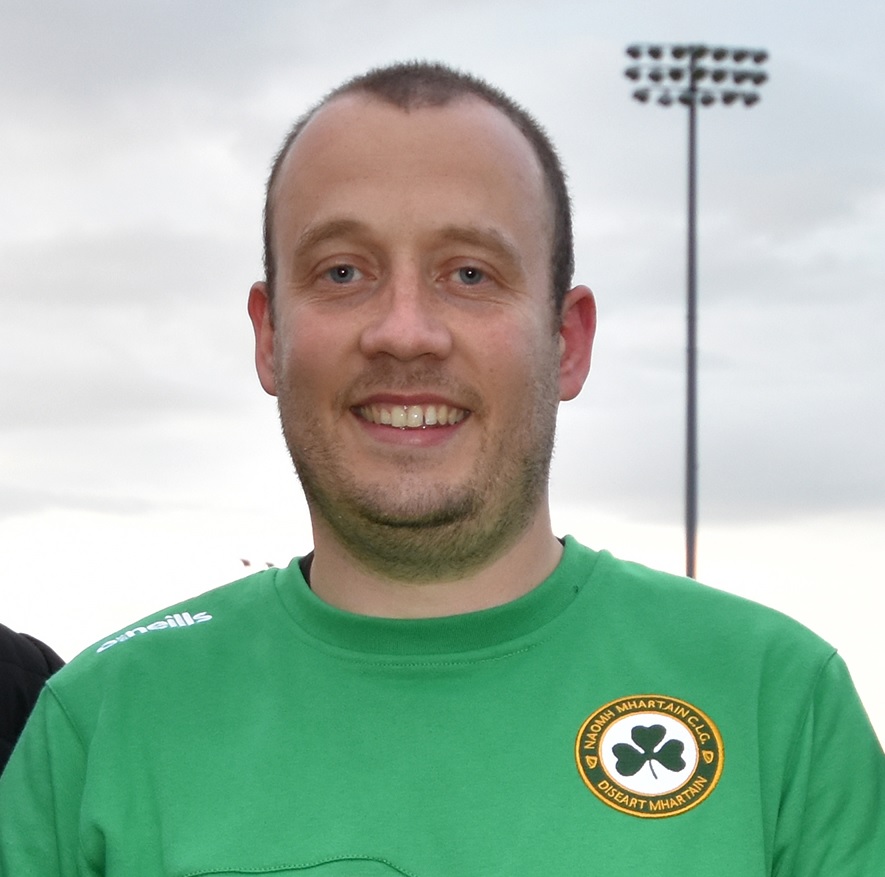 Big Brother works both ways, and Desertmartin have had their eye on Sean Dolan's as well.

“They are a physical team and have very strong runners as well,” said manager Kevin O'Neill.

“We have to find the best way to counteract their positives. We show teams respect and plan as best we can for them and that's what we did with Craigbane.”

The south Derry side will be without corner back Ryan McGuckin, who suffered an injury towards the end of the semi final, while Marty Breen and goalkeeper Aidy McGuigan are also doubtful.

O'Neill presides over a squad who relieved the pressure of a long famine earlier this year by winning their first adult title since 1968.

“It was huge to get over the line in that final because of how long it's been since Desertmartin had any success at that level,” he said.

“In that game, the nerves were to the fore, and having watched it back, our performance probably wasn't that great to be honest.

“We got over the line and that was the main thing. The focus now this year is to try and do themselves justice and they've done that so far.

“Having won last year's final, it probably takes a wee bit of the edge off, but you have to constantly remind them they have to back up what was done as well.” 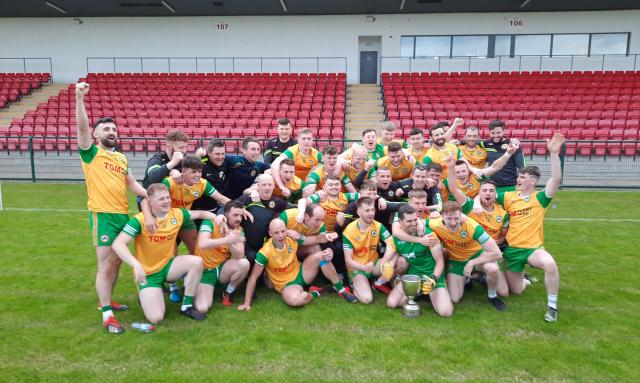 Desertmartin have set about their bid for a second consecutive title in some style.

Racking up of 8-45 in championship action compared to Dolan's 0-43, they are in fearsome form.

Eunan McElhennon and Ryan McEldowney's runs from deep cause panic in defences, with the precocious Lachlan Murray and experienced Enda McGuckin leading the attack.

With the taboo subject of an Ulster run hanging in the air, manager O'Neill has had a job keeping a lid on some more giddy expectations within the club.

“The chairman said to me that Desertmartin have never played in Ulster, so there are people thinking along those lines,” he said.

“We can't get too far ahead of ourselves, and my job is to keep their feet on the ground and prepare for this final,” he added.

Both sides know each other well, have their homework completed and ready to hand in on Saturday afternoon.

However, there is only one gold star available, and as in any championship match, a battle will be required. 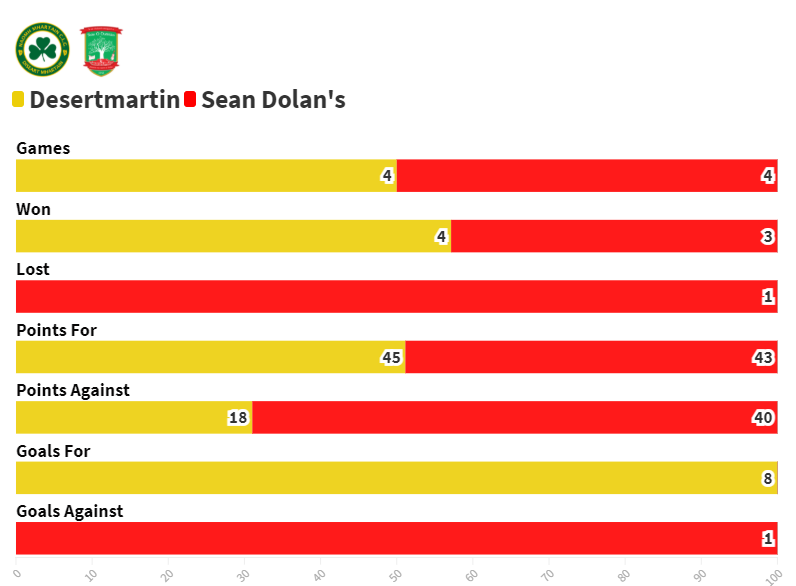 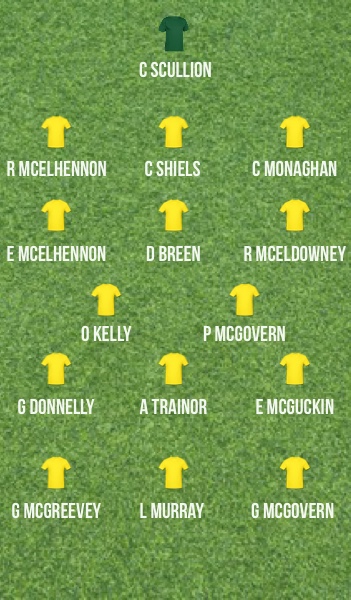 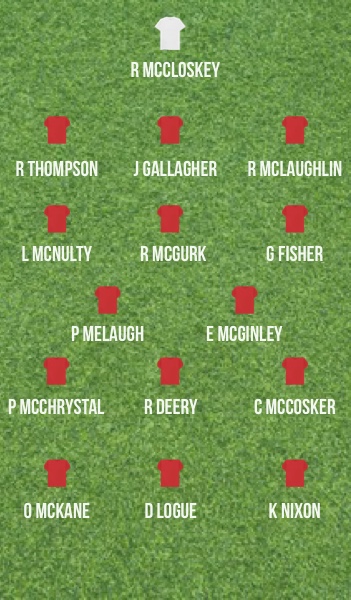