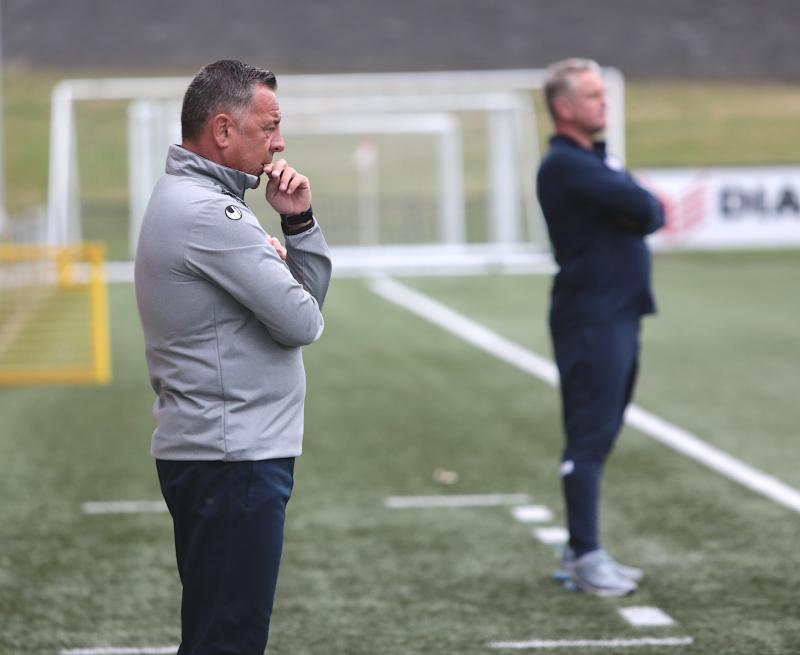 Institute stuck twice in added time to stun second-placed Ards in an incredible finish at the Brandywell.

Jack Millar and Benny McLaughlin both scored to earn 'Stute their third league win of the season and make it four wins from 5 games in all competitions for new manager Brian Donaghey.

It all looked to be going Ards' way when they took the lead on the half hour when Christopher Crane’s cross tempted John Connolly from his goal, but the ‘Stute goalkeeper could only divert the ball into the path of Ross Arthurs who went in bravely to fire the ball into the roof of the net to make it 1-0.

It looked comfortable for the visitors until they had Crane sent off midway through the second half after an off the ball incident with 'Stute substitute Josh Gorman.

The equaliser on 90 minutes was bizarre as Ards goalkeeper Brian Neeson punched a corner kick off Jack Millar, with the ball looping back over the goalkeeper's head and into the net.

There was still time for a winner and it went 'Stute's way, with McLaughlin firing in his fifth goal of the season from Aidy McCauley's cross to start the celebrations after a remarkable conclusion to this game.