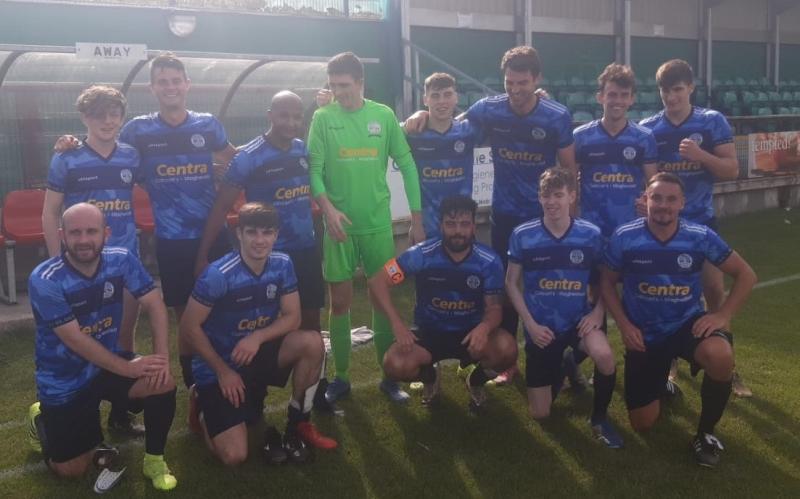 Goals from Aaron McGlade and Ciaran Monaghan was enough to help the Sky Blues to an away win in the first round tie of the Irish FA Junior Cup.

A much-changed Blues squad travelled to Wilgar Park to play a young talented Dundela Reserves team and came away with a great victory.

The game started at a hectic pace and it took the Blues a few minutes to get up to speed. The ball broke in the midfield and Sean McGlade slipped a perfect pass to Ciaran Monaghan who was upended in the box. From the spot-kick, Aaron Mc Glade stepped up and slammed the ball home to give the Blues the ideal start.

On the half-hour, Dundela equalised but the Blues were dogged and kept the pressure on the home side.

Man of the match Caolan Maria was proving a handful upfront and was winning a lot of balls for the visitors.

In another Blues attack, the ball broke in the box and Ciaran Monaghan smashed the clearance with a screaming volley into the roof of the net, a goal that Rossi described as the 'best' he ever scored, as the Blues went in 2-1 ahead at the break.

The second half was a battle from the off, with few chances created by either side but a solid Blues defence stood strong to come away with a great 2-1 victory.

Enda Taylor was delighted with the team's performance and said it was the best he had seen all season.

Next week the Blues travel to play Upperlands in a return league fixture.