DC were 6-0 winners over Hanover Reserves 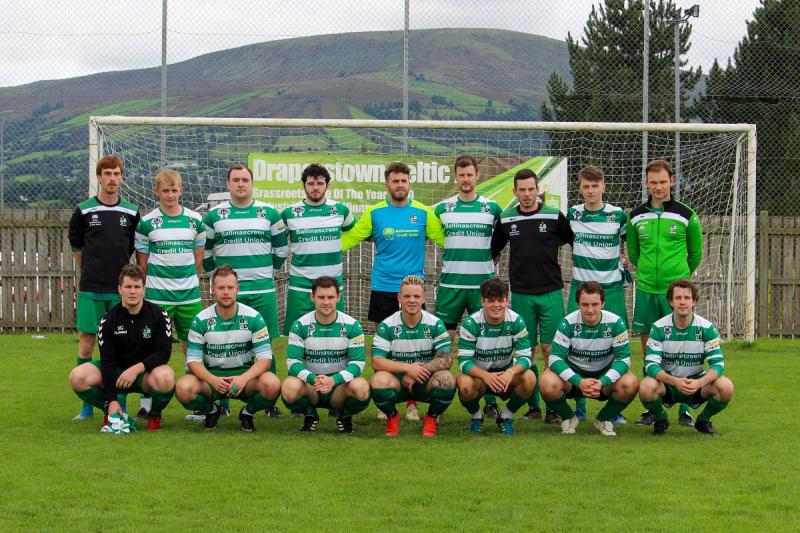 Draperstown Celtic welcomed Hanover Reserves to Cahore on Saturday and comfortably booked their place in the next round.

Johnnie McKee had a glorious chance in the first minute when DC won the ball early and he raced clear, but should have done better and was denied by the Hanover goalkeeper.

The home side took the lead minutes later though when a McGovern cross swept through the box and was picked up by S Higgins at the far side who drove it home from close range.

Scullion doubled the lead five minutes later with a fine effort from range that clipped the post and went in.

It got even better for DC from the resulting kick off. After winning them ball, they drove forward and Johnnie McKee made it 3-0.

A 20th minute cross from Martin Mackle converted by McGovern to cap a sublime move and make it 4-0 to the home side.

Stevie Higgins delivered a good corner which found Johnny Irwin but the big defender couldn't keep the ball down. DC kept the visitors under pressure for the rest of the half but couldn't add another and the half ended 4-0 to the home side.

Hanover came out full of intent in the second half and it took a good stop from Crozier to keep them from pulling an early one back. The Celts' 'keeper looked sharp when called upon throughout the game.

DCs first chance of the half came when a Niall McGlade cross came perilously close to being a shot but flew wide and seconds later McGovern was denied by some fantastic last gasp defending.

The home side did add a fifth when a corner went short to Mackle who made himself a yard and put the ball in the bottom corner past the reach of the outstretched 'keeper.

Haskins and Irwin made way for D McGlade & McKillion 20 minutes into the half with the game all but over. Hanover to their credit kept pushing for a goal of their own but couldn't make the most of a few corners that they won. Niall McGlade, looking lively on the left wing, delivered a beautiful corner and McKillion connected to make it 6 - 0 with a finish that will live long in his memory.

It capped a fine afternoon of football for the home side and manager John Glass will be as pleased with the clean sheet as the six goals as DC proceed to the next round of the cup. The best of luck to Hanover for the rest of the season.