Stephen Kenny backed to succeed with the Republic of Ireland 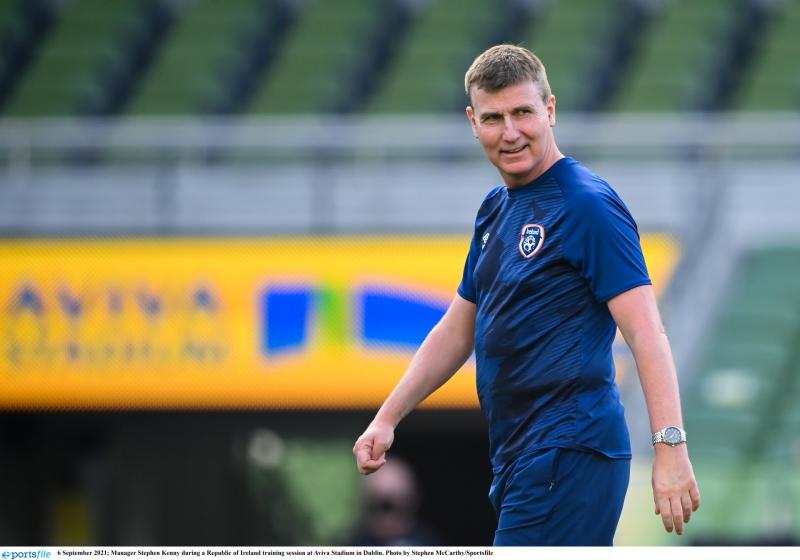 Stephen Kenny’s attempts to change the Republic of Ireland’s playing style has been the subject of much debate in recent days.

Ruaidhri Higgins has insisted that Stephen Kenny is ‘100%’ the man to lead the Republic of Ireland, insisting the fans will be rewarded with a young and vibrant Irish team under his management in the coming years.

Kenny’s attempts to revitalize and re-energise Ireland’s playing style has been the subject of much debate in recent days. From the agony of a last-gasp defeat in Portugal last week, to the disappointment of a draw with Azerbaijan at the weekend, to the thrill of a late equaliser against Serbia at the Aviva on Tuesday, the Irish fans have been through it all in the last 10 days. The Republic are still to win in their World Cup Qualifying Group, and that has led some to question the future of the former Derry City and Dundalk manager.

The reaction of the fans at full time on Tuesday showed that the majority are still behind the Dubliner however, and Higgins, who has worked with Kenny for over 10 years in different roles, fully believes that he will be a success over time.

“I just think it’s amazing that on the Wednesday against Portugal was so close to being one of the most memorable wins in Irish history away from home, and then, 72 hours later, we drew a game we should have won based on possession and chances, and all of a sudden it can flip,” he said. “I just think there’s too much short-sightedness on football and people react to results.

“Stephen is trying to take it in a different direction. You can see the amount of young, talented players that he has brought into this squad, who will be big players for Ireland in the future. I think that a lot of football people and people who have a real genuine interest in Irish football will see that he is trying to build something.

“I think in time we’ll see the fruits of that and I think he is 100% the right man for the job along with his staff; he has got brilliant staff there as well and with a wee but of patience, the Irish public will see a really, really good and vibrant young Irish team in the coming years.”