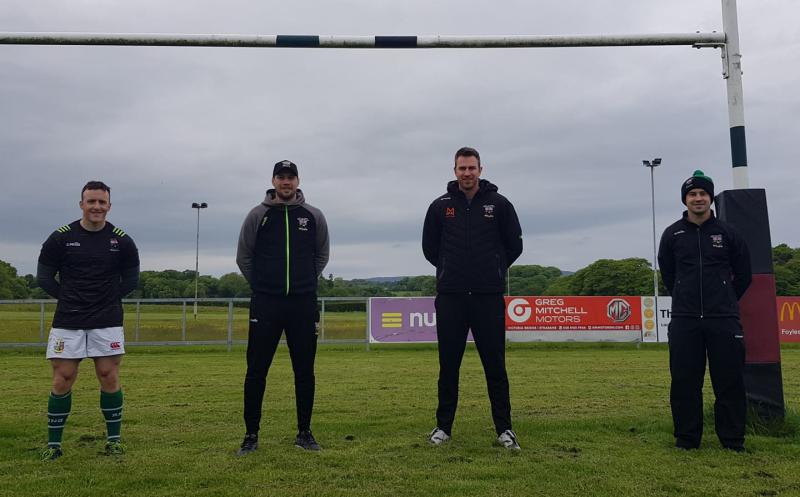 City of Derry fell to a heavy defeat to Bangor.

City of Derry’s return to Judges Road was a disappointing one as they were well-beaten by Bangor.

Richard McCarter’s team were second best throughout as Bangor raced to a deserved win with Danny Young scoring a hat trick of tries courtesy of a generous Derry defence.

The first 20 minutes were damaging for Derry, with Bangor taking the lead through a Gareth Millar penalty. Derry had the chance to hit back immediately with a penalty of their own, but Neil Burns was off target.

Young then scored the first of three tries, before another Millar penalty made it 13-0, and just before the home side could make it to half time still in touch, Jamie Clegg scored to make it an 18-point deficit.

Derry improved somewhat after the break, but they could not make a dent in the score when they were on top.

To prove that this was definitely not Derry’s day, Bangor then scored their third try with their first meaningful attack of the second half, Ben Parker winning a race to the loose ball to score, much to the delight of those in yellow. Millar duly converted and the deficit was now 25 points.

A penalty try then increased the score to 32-0.

The biggest cheer of the day came with just over 10 minutes remaining when Derry finally got off the mark, and it was the hard-working Alex McDonnell who managed it for Derry, racing clear to get the first home try at Judges Road in 18 months. Burns converted to make it 32-7.

Any heart gained by that was quickly lost however as Bangor scored again almost immediately, this time Young on the end of a move which found a tiring Derry outnumbered in the corner, Robbie Grant setting up his delighted team mate to finish. Millar missed the conversion from out wide, but it was an impressive response from Bangor nonetheless.

Bangor added a final score when Young completed his hat trick scored, with Millar converting with the last score of the game on what was a very forgettable return to Judges Road for Derry.