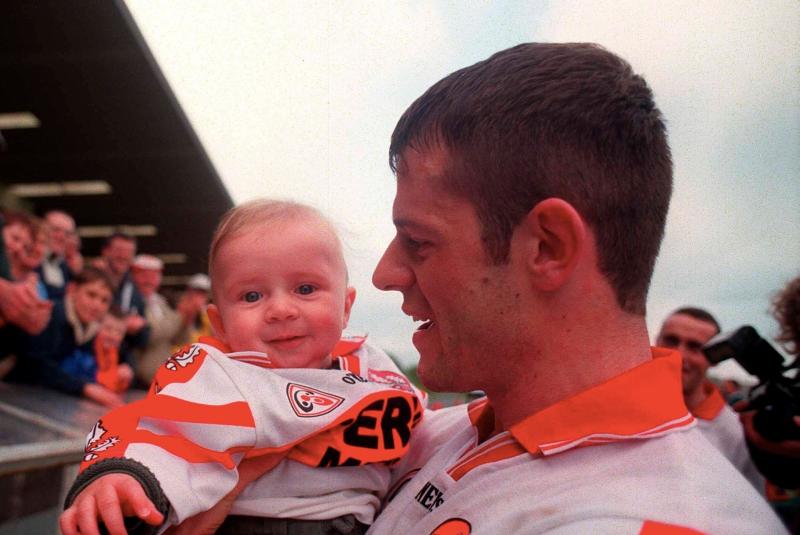 Anthony Tohill with his son Anton after the 2000 NFL Final. Both have been named in the all-time Irish AFL team. (Pic: David Maher/Sportsfile)

Current AFL players Anton Tohill and Callum Brown are among a handful of Derry players named on the greatest Irish AFL team of all-time.

The team, selected by AFL talent ambassador Kevin Sheehan, is based on players recruited directly from the GAA since the commencement of the so-called ‘Irish Experiment’ in the early 1980s.

In all, 64 players have been plucked from the GAA since Kerry's Sean Wight made the initial flight, Kerry minor goalie Deividas Uosis being the most recent when he joined Brisbane.

WATCH: Conor Glass on his decision to return home and his hopes for the future