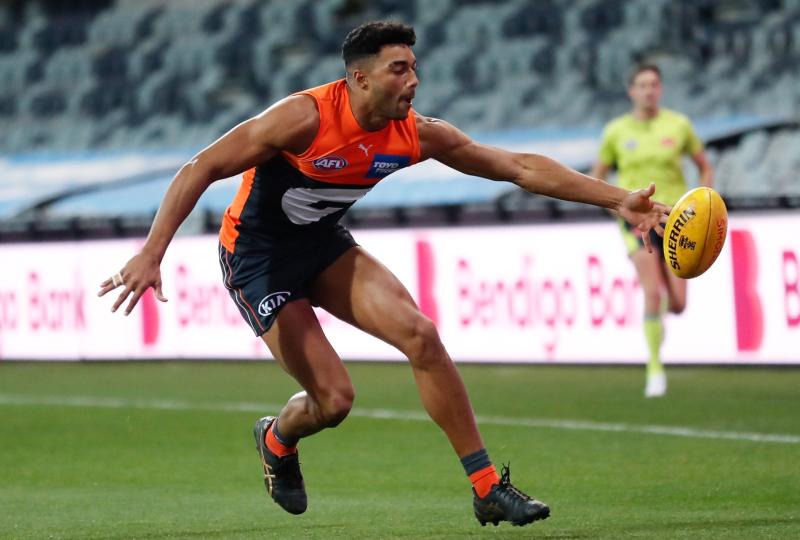 It was an amazing start to Callum Brown's AFL career with two goals on his senior debut for GWS Giants.

The Sydney side were 84-65 winners over Geelong and have two games remaining to book a spot in the top eight and a place in the play-offs.

Callum Brown gets his first AFL goal and don't the Giants absolutely love it!

Limavady man Brown, one of eight changes from their defeat to Port Adelaide, played 71 minutes of Friday's clash and scored two goals after signing a new contract at the start of the season.

The Giants' final two games are against Richmond and Carlton.

The Limavady man's focus is earning a start