Goals win the day for Greenlough over Steelstown 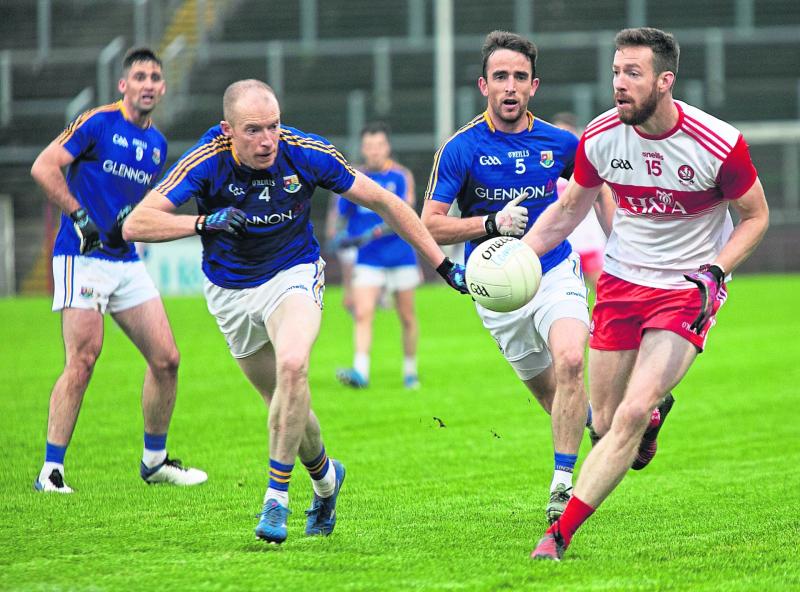 Niall Loughlin was among the goalscorers.

Goals from Niall Loughlin and Christopher Lagan gave Greenlough a narrow victory over Steelstown on Saturday to lift them into eighth place in Division 1B.

The early stages were tight as the teams swapped points, but an 8th minute goal for the hosts looked to have put them in control of the game.

At half time, Greenlough led by 1-5 to 0-5 and after a flurry of points after the restart, had extended their lead to five points.

Brian Óg's hit back though, and by 40 minutes had closed the gap to three, but Greenlough's second goal on the three-quarter mark doubled their lead.

Steelstown again dug deep and with just five minutes left had reduced the deficit to just one point, but after the sides swapped points in a frenetic final few minutes, the hosts just had enough.