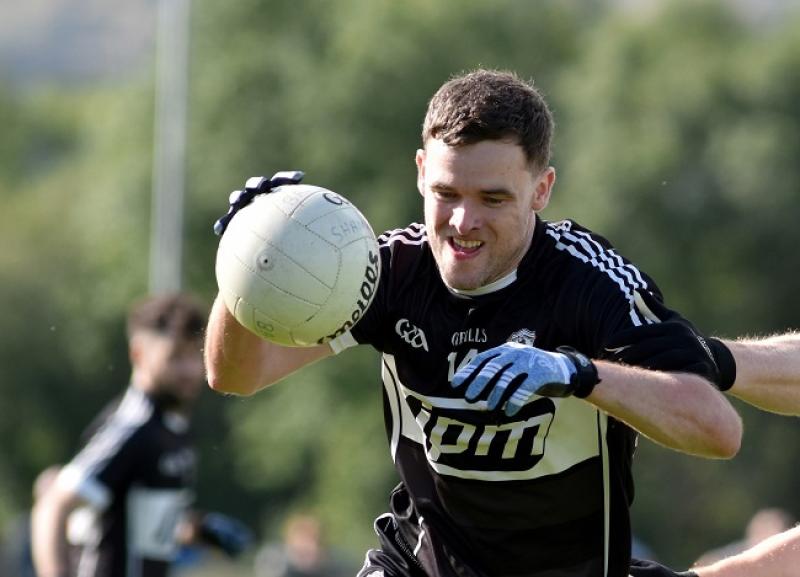 An injury time free from Niall McGonagle grabbed both points at Greenlough on Sunday as Dungiven came through in an exciting final quarter.

McGonagle, an unused substitute with Derry minors 24 hours earlier, was making his senior debut after kicking 2-15 in two games with the club's Division Two team earlier in the season.

There was also a return for Feargal Higgins, who has been playing in Division Two with their newly formed team.

It was an unlikely win for Stephen O'Neill's side who trailed 1-5 to 0-3 at the first water break with Sean Kinoulty grabbing the 'Lough's goal.

The home side lost Christopher Maguire to a second booking after 37 minutes and went down to 13 men when Connor Mullan was sent to the sin-bin with five minutes remaining.

Lynn and Stephen Bradley added points before Kinoulty's goal put the home side in a commanding position.

Whatever nuggets of wisdom were shared in the Dungiven huddle at the water break did the trick. Marty Burke (2), Donal McGilligan, Feargal Higgins and Conor Murphy were all on target for a resurgent Dungiven, who reeled Greenlough in by half-time, with the home side still ahead 1-6 to 0-8.

The third quarter followed the same path, as both teams jostled for supremacy and it was Greenlough's goal that had them holding Dungiven off.

Everything changed after the second water break, with Feargal Higgins' 48th minute goal to put Dungiven into the lead for the first time, 1-11 to 1-9. Marty Burke tagged on a point as the game swung and Dungiven took advantage of Greenlough's loss of Christopher Maguire.

To their credit, the Lough battled back into the game with points from Marty Kane and three from Enda Lynn, his last in the 62nd minute saw 13-man Greenlough level the game.

But there was till time for more drama and substitute McGonagle held his nerve on his debut to kick the winner.