The Burke family – Bronagh with children Adam and Aoife.

The competition, which has a £2,000 prize fund, has been kindly sponsored by Vogue Car Sales, and so far this competition has not disappointed.

Boscos have looked strong throughout although it took a goal in extra time from Joe McCready to see off the challenge of a young Trojans side on a 2-1 scoreline. In the semi-final a strong second half performance proved too much for another youthful side in Maiden City as Boscos ran out 4-1 winners.

Bonagee have been the surprise packets of the competition. With former Trojans manager Paul Higgins in charge, they progressed to the semi-final courtesy of a narrow 1-0 win over Strabane Athletic. However they really displayed their credentials against the fancied Foyle Harps and a last gasp goal from Jack Parke secured their final spot. The win really meant a lot to Higgins and his players who really made a statement with this win.

Boscos will probably start slight favourites but both teams have potential match winners in their ranks and a good entertaining game should be guaranteed.

Host club Trojans would like to thank everyone for their support of this competition which is so special to the club. We are aware that some teams are disappointed about not receiving an invite to participate.

It had been decided that this inaugural tournament would be limited to eight teams with a mix of Intermediate, D&D, SML and a Donegal representative to form the lineup of teams. Obviously the ongoing pandemic influenced our thinking as we had to plan to spread the games out over a three week period with all the necessary protocols in place. It is hoped to expand the competition next year with an open invitation for up to 16 teams to participate.

Finally, as well as our main sponsor, Vogue Car Sales, Trojans would like to thank Bay Road Soccer, McKeever Newsagents, Mouldings Direct, Three Bridges Car Sales and James McClean for their sponsorship of the other costs associated with organising this competition.

Their support is deeply appreciated by the Burke family, wife Bronagh, children Adam and Aoife and parents Thomas and Linda and sister Rachel, who will all be in attendance on Saturday to make the presentations following the game. 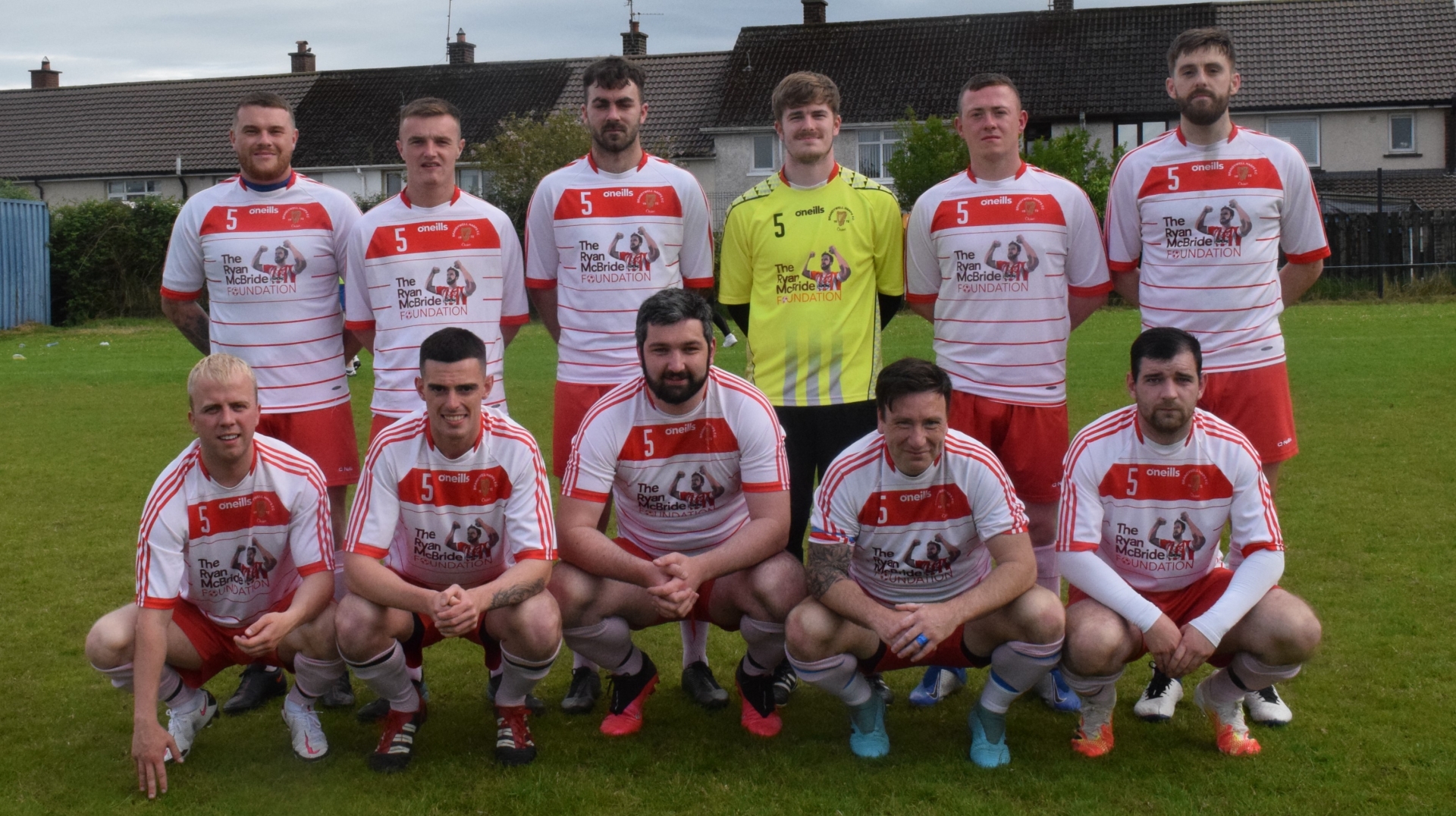