'Make it as loud as you possibly can' 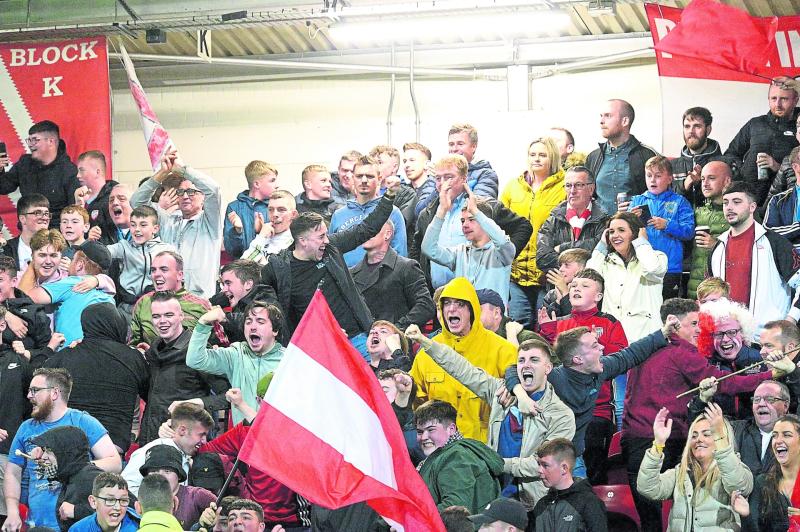 Fans will return to the Brandywell this evening.

Derry City players want the returning fans to make as much noise as possible when they return to the Brandywell after 16 months away tonight.

A limited number of City fans have been granted a return for the game against Bohemians, and while the number is still far short of the ideal target, it is at least a step in the right direction after almost a year and a half of silent football.

City defender Ciaran Coll wants those in attendance to make their presence felt as City try once again to win their first home game of the season.

“It means a lot surely,” he said. “I didn’t actually find out until I was leaving training earlier in the work, but it is definitely a massive boost to have them back in again.

“Everybody in the team and the club and the city wants fans to be there, because as I always say, they are like the twelfth man there helping you along. I miss it personally because there’s times you need a wee bit of energy and they give it back to you, so hopefully they can push us now to three points.

“I hope the fans who do get in make it as loud as they can be. I just hope that they all get behind us because it’s not going to be an easy game.”

City have tried seven times, and failed seven times to get their first Brandywell win of the season, the only Premier Division team to not win at all at home so far. It is something that has been playing on Coll’s mind.

“At the end of the day it’s your home pitch,” he stated. “No player wants any team coming to their home patch and beating them, and it’s the same with me. We want to get the result whatever way we can. It’s not nice coming into the eighth game at home and you still haven’t won. 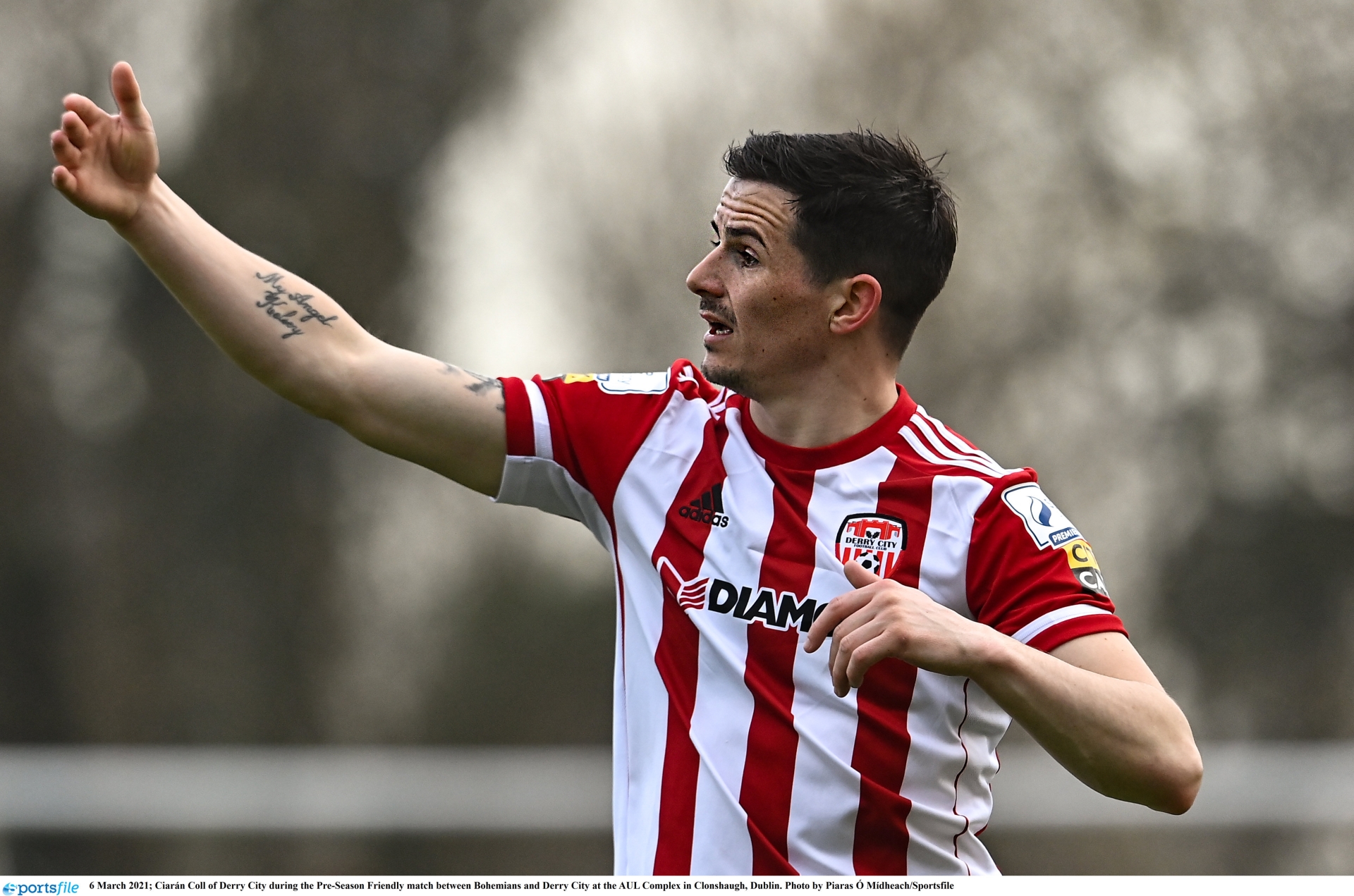 Bohemians have noticeably progressed under Keith Long in recent seasons, but, like Derry, they have faced their own difficulties this year. A Cameron McJannett double at Dalymount gave the Candystripes a huge win back in April, and Coll believes like most games throughout the league this season, it really could go either way tomorrow.

“I missed the game down at Bohs due to injury and watched it on LOIWatch,” he continued. “There was not a while pile in the game, but if you look through the whole league, you just don’t know. People were saying Dundalk were going to win it, then Shamrock Rovers, but it’s Sligo who are top. It’s a crazy league.

“It’s not an easy league, anyone can beat anyone. We didn’t have a good start but now we’re building up again, and if we beat Bohs we go level with them. That’s where we want to be, getting level with them and hopefully bypassing them in the next few weeks.”