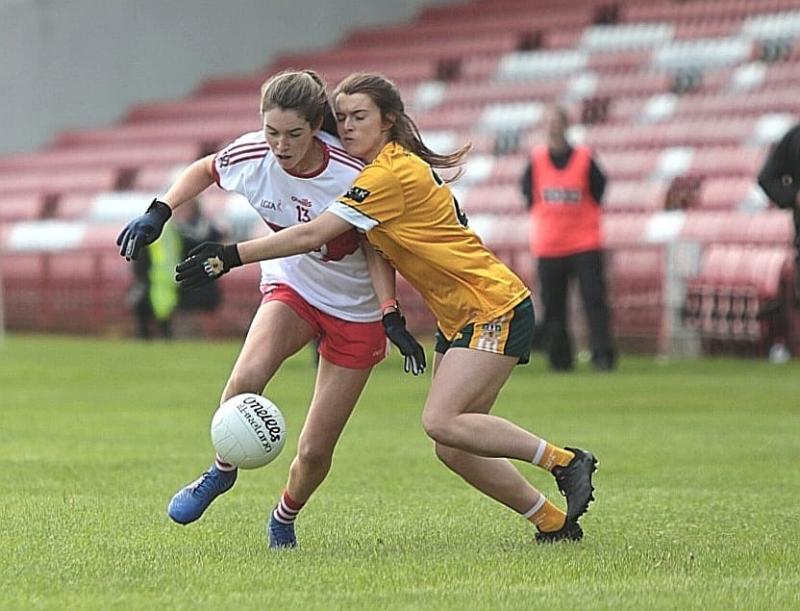 Derry Ladies got off to a losing start in their first league game of the new season as they were outclassed by Antrim at Celtic Park.

The ladies really paid the price for the first 10 minutes of the game as they conceded two goals and fell eight points behind, and from that they never recovered.

Orla McGeough and Ciara McGurk both netted as Derry tried to muster a fightback, but on each occasion Antrim scored a goal at the other end within minutes with Emma Ferran and Cathy Carey scoring.

Trailing 1-04, 3-05 at the break, Derry had a mountain to climb, and a huge downpour made life even more difficult.

Derry never got closer than eight points despite their efforts, and even though Brigid McMullan scored a third for the hosts, Antrim responded again, with a goal from Theresa Mellon finished the game in style for the visitors who looked stronger throughout.