Candystripes looking to make a statement this season 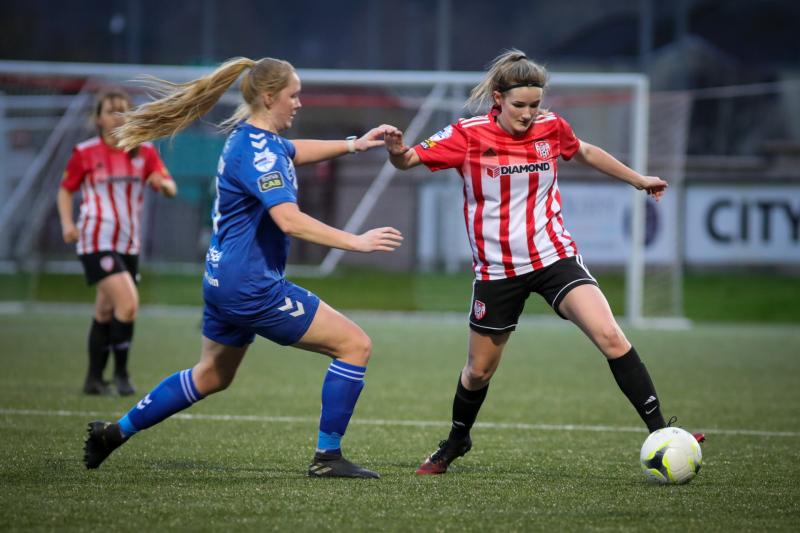 Derry City Women kick off a new season against Cliftonville tonight at the Brandywell. Pics courtesy of JP McGinley.

Derry City Women kick off a brand-new season with a game against Cliftonville at the Brandywell tonight, and the key word for the team this year is ‘progress’.

It has been a difficult year for the ladies, with the covid-19 pandemic disrupting a difficult season entirely, and leading to the concession of a number of games.

There is finally some light at the end of the tunnel in that regard with a full schedule planed between now and October, and the girls are ready to get going once again. Rather than sit and wait for a green light, the club have been proactive during the break, with Gareth Moore coming in as goalkeeping coach, and Kevin McCreadie the new Strength and Conditioning Coach.

Josh Boyle and Jarlath Canning have also come in to coach the Under-19 and Under-17 sides respectively, with a structure now in place to build for the future.

Team manager Kevin McLaughlin is grateful for the efforts of his team during some tough times, and it is this attitude he believes, which will see the Women make strides this coming year.

“We made 13 senior signings last year and due to the pandemic situation, it was almost impossible to embed them in as we had hoped,” he reflected.

“A lot of those players were coming in from Donegal and there were border restrictions at that time due to the situation, so it made it even more difficult.

“It is a big ask to get those players adjusted to the standard of the league here, because it is a huge step up from the Championship and the regional leagues.

“A lot of these players are travelling two hours or more for training and matches, so they are here because they want to be here - they are growing and progressing.

“We know we still need to work very hard to continue establishing ourselves at this level and we know we need to keep making quality signings and bringing in the right standard of player.

“This is a building project and we know we are improving as a group.” 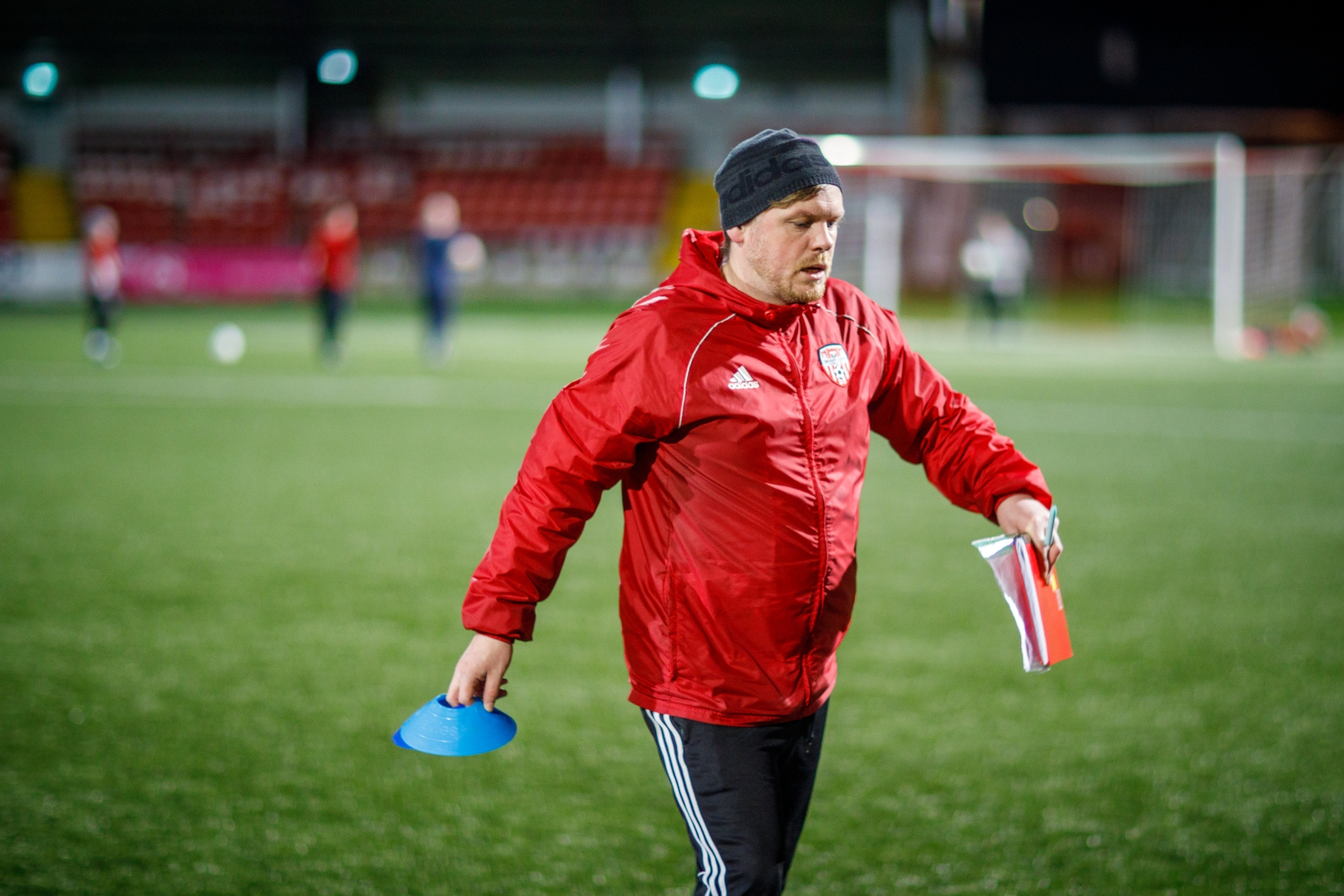 A lot has changed also for Women’s coach Caoimhe Logue, who had a baby boy in 2020, and she returns fully confident that the team can compete well this year, beginning with Cliftonville this Wednesday.

“Cliftonville are an experienced and quality side,” she explained. “We obviously don’t know how they will line out but we know how are good they are; they have the likes of the Northern Irish International Captain (Marissa) Callaghan in the middle and (Kirsty) McGuinness up top so I’m sure that they’ll be expecting to go out and get a result but we are confident too.

“We know how Kevin wants us to prepare, we are going out there with a plan and we are really looking forward to it. It would be great for us to get a result and push on from there and into the next game.”

“We’ve been blessed to have such a big squad this year,” says Logue, “Pre-season training has been tough but very rewarding. Competition for a place in the squad is fierce, no one can afford to be complacent. We have really good mix of young and experienced players - some of whom will be making their debut in the NIFL. They are very confident in themselves as well.”

As for herself, Caoimhe returns after taking a break in the middle of 2019 as she was expecting her son, Cormac.

“I can’t explain how much I’ve missed it,” she says. “Returning to training has been tough, but I feel I’ll hopefully get myself to a back to a point where I can challenge for a place in Kevin’s squad. With the pandemic hitting a few months after the arrival of Cormac it's been a long wait for competitive football again, so just to get here, to play in preseason friendlies, be with all the girls and the coaching staff is an amazing feeling but putting on the jersey on match day is what we all want.” 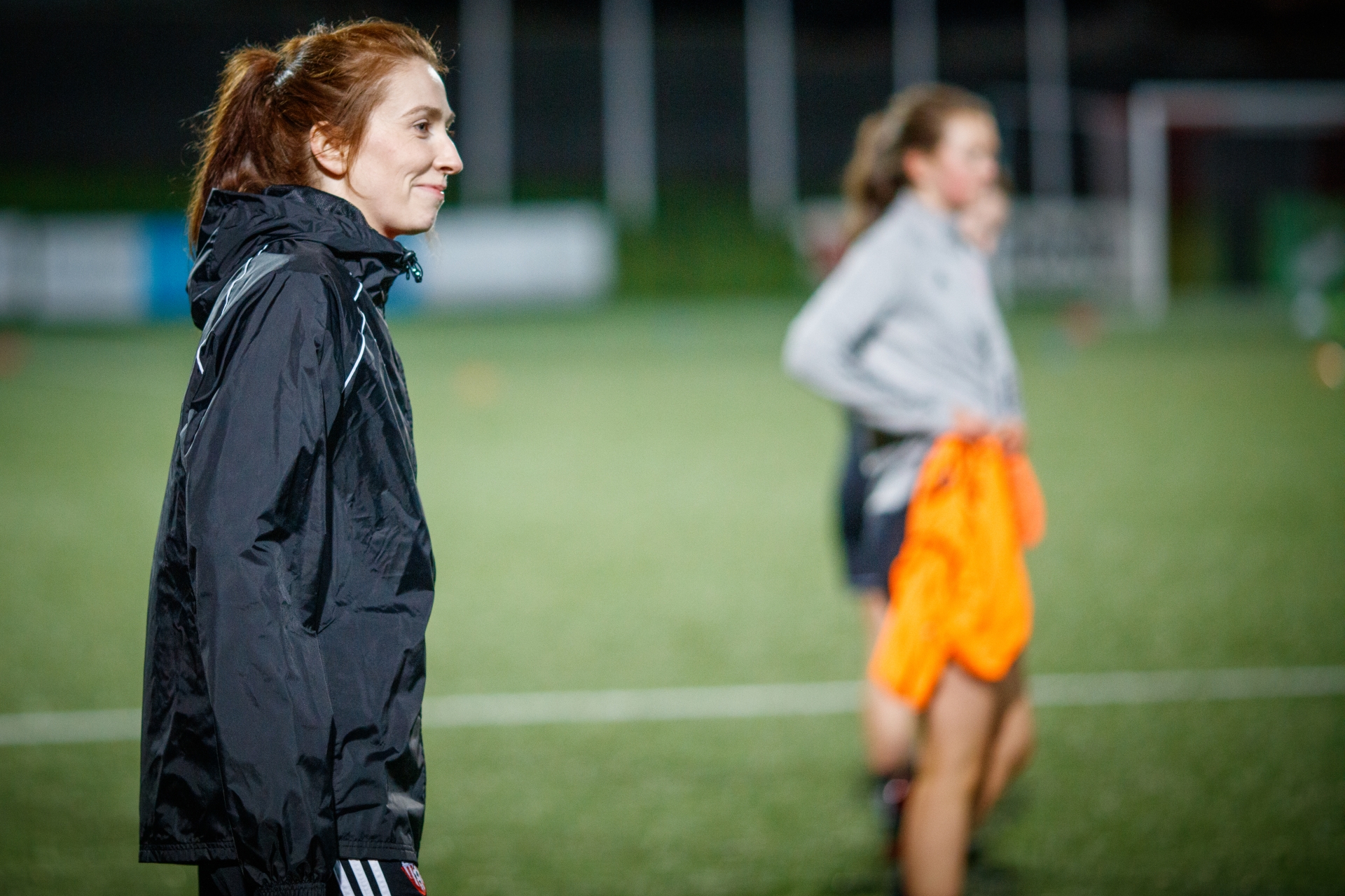 Going into her fourth season with the Women’s First Team, Naomi McMullan has seen a change in off the pitch standards which feels has led to a higher quality of training on the pitch.

“Pre-season has been a big hit in these last few months preparing for the season ahead, alongside friendly matches to get ourselves ready, so our schedule has been packed,” she stated,

“The standard in the league is high, the other remaining clubs have the edge on us. They have been competing in the Premiership long before we were and it’s taken time for us to catch up. But we know the standard we need to set and we feel that we're in very good hands with the management we have in place here at Derry and we certainly look to the season ahead with a sense of confidence and optimism.”