Mark Reid has been raising money for The Hub BT80. 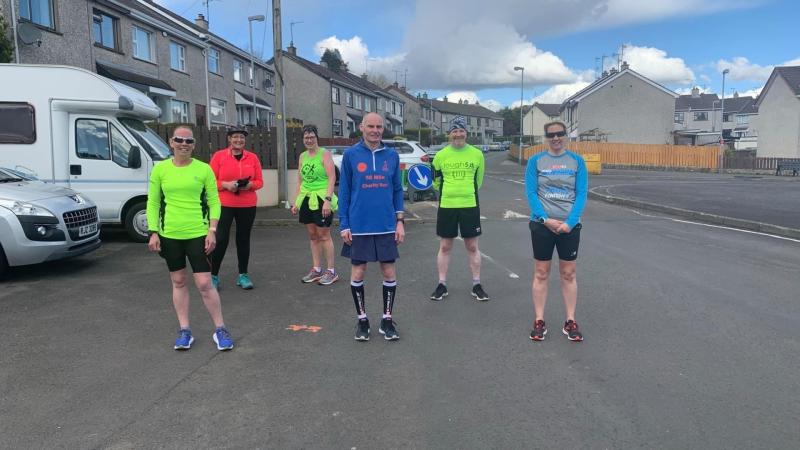 Mark Reid supported by members of Sperrin Harriers and Carol Doey following his 50-mile run in aid of The Hub BT80 at the weekend.

A County Derry running coach has said a 50-mile fundraising challenge he completed at the weekend was the toughest run he'd ever done.

Mark Reid, coach of Sperrin Harriers, decided to undertake the challenge to raise money for The Hub BT80, who were a huge source of support to him during a recent struggle with depression.

The funds raised as a result of Mark's run will be used to support counselling services at The Hub BT80, and his openness has resulted in others asking for help.

“I haven’t adequate words to express my gratitude at such a remarkable achievement,” said Carol Doey from The Hub BT80.

“Mark openly tells of his ‘dark place’ and how he reached out for help. Because of his openness others have asked for help.” 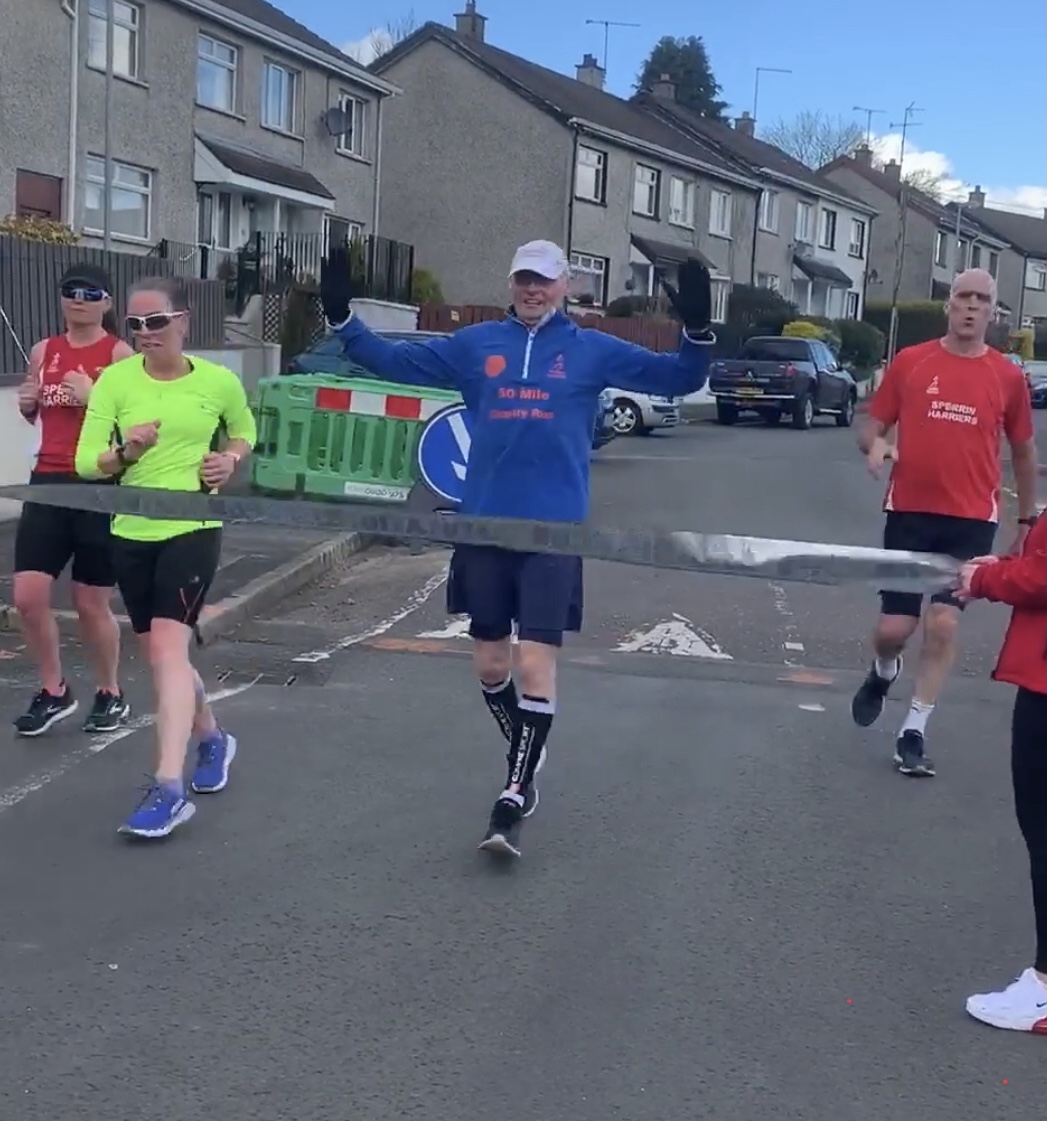 50-year-old Mark is a seasoned runner, and recently completed a 40-mile charity run, but said he needed the support of friends and family to carry him over the line on this occasion.

“At around 34 miles, I was starting to struggle a little bit,” he said.

“I couldn’t have done it without the support from members of Sperrin Harriers, the Running Bears, as well as the general public, and of course my wife and family.

“I was doing this as a fundraiser after I turned 50 last year, but also in memory of my late father, Stanley. I know he was definitely looking after me.

“The camaraderie and craic was what carried me to the finish line on the day. I am proud to have completed it and would like to thank everyone who has supported me and made a donation.”

Mark has already raised over £1,600 during the fundraiser, and donations can still be made via his Go Fund Me page.