The Springwell RC runner took on the challenge for Prostate Cancer UK. 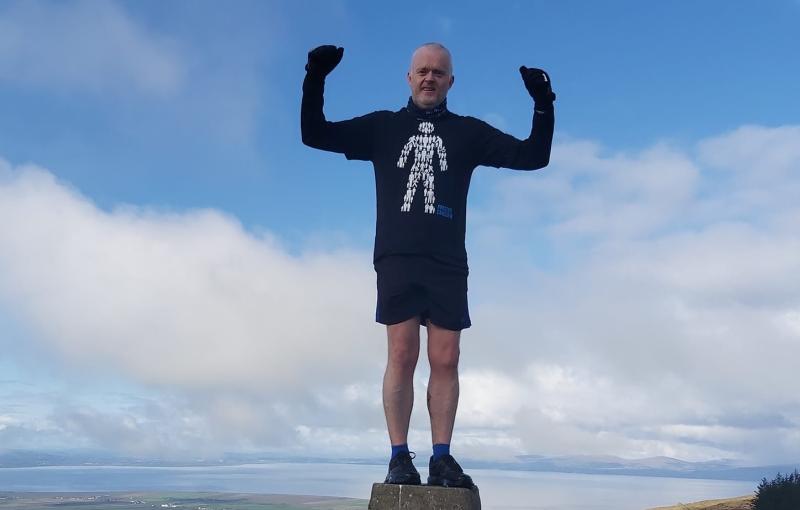 A County Derry runner has smashed his original target of 250 miles during the month of March to raise money for charity.

A spokesperson for the club said they were proud of Roy.

“After much chafing, blisters and sore toes Roy surpassed his target and finished the month with a magnificent 323 miles covered,” they said.

“More importantly all the miles raised £1330.00 for this worthy charity which is close to his heart. Roy would like to thank everyone who donated and for all the messages of support and encouragement.

“A long and frustrating lockdown is starting to relax with the opportunity for runners to start training together in small groups from the 12th April.

“The cancellation of all running events meant that motivation had to be sought in other areas and one of the best is raising much needed funds for charity.”

As a final hurrah, Roy proudly raised the Prostate Cancer UK flag at the trig point on Binevenagh Mountain, outside Limavady, following a run to the summit.