Hurling leagues will kick off the restart in early May. 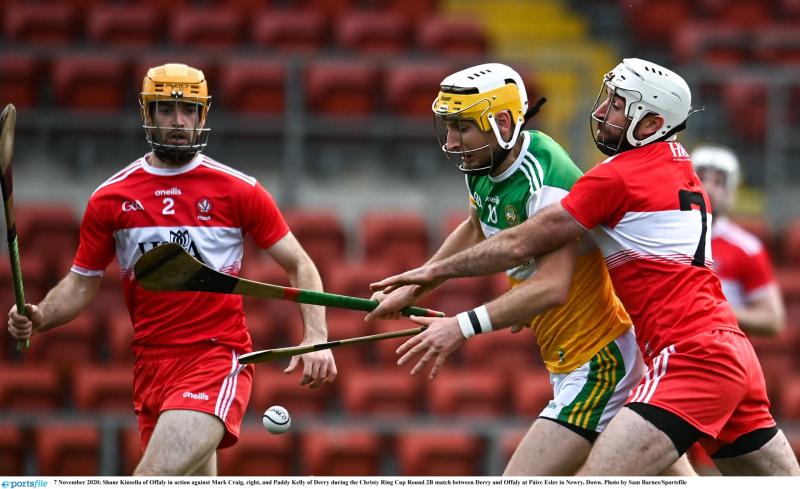 Competitive intercounty GAA action will return on May 8.

The fixture schedule for the 2021 season has been confirmed by the GAA, with the Allianz hurling leagues being first to return on the weekend of May 8/9.

Last year, Derry's hurlers lost a Division 2A league final to Down, but there will be no repeat this year as the GAA has ruled the team who finishes top of the league will be crowned winners and be promoted.

Higher up the divisions, there will be no Division 1 final. Instead, should the winners of both sections meet in championship, it will also double as the league final.

The Division 1 relegation play-off will be played as the curtain raiser to the senior hurling semi final in August.

The following week, (May 15/16) will see the beginning of the Allianz football leagues, which will be split on the North-South basis outlined in December 2020.

Each team will play three round robin games, with Derry's group consisting of Fermanagh, Longford and Ulster champions Cavan.

The top two teams will qualify for the league semi finals, followed by the league final which will be played on the weekend of June 19/20, provided the county's involved do not play championship the following weekend.

A similar play off system will be in place for the bottom two sides who will face a relegation series.

The senior football championship will again be run on a straight knockout basis, and will take place without London or New York. British-based teams have also been excluded from the Allianz leagues.

In the Christy Ring Cup, Derry's hurlers will take part in a group series, with the top two teams from Group A to play the winner of Group B and the winner of a quarter final/relegation clash that will take place between Group A and Group B's bottom teams.

The loser of that clash will be relegated to the Nicky Rackard Cup.

Details of the minor hurling and football championships will be finalised when there is further clarity on a date for returning to training.

The commencement of the provincial club championships has been delayed until mid-November, with the All-Ireland club finals scheduled for February 12/13 2022.

Full details of the 2021/22 fixtures schedule can be found here.