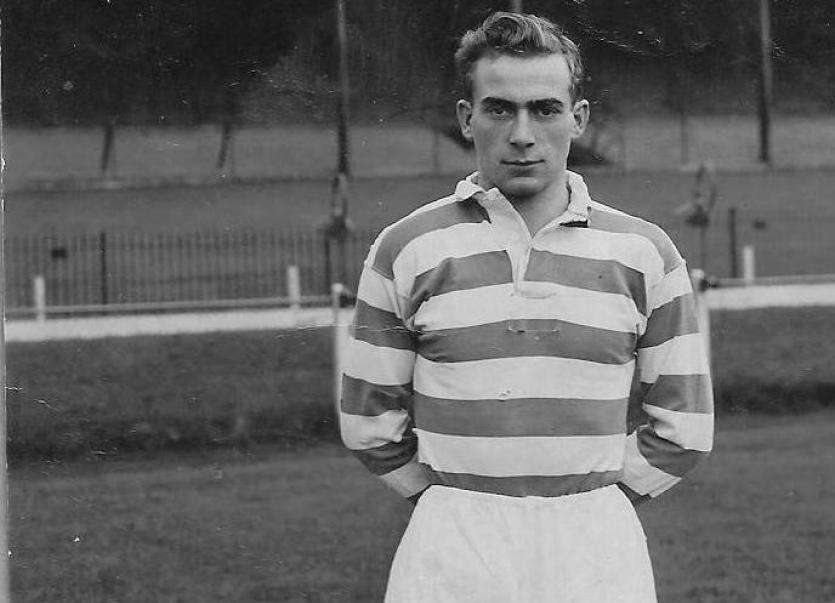 Of all the luck, both good and bad, which follows a footballer throughout his career, none will have topped that which graced Vinny Morrison on December 27, 1948, as he narrowly missed out on witnessing first hand one of the darkest days in Irish football.

The Derry man was part of the Belfast Celtic squad due to face Linfield in the annual Christmas between the Belfast giants, but, named as 12th man in a time when substitutions were not yet a part of the game, he deemed himself surplus to requirements and left early to catch a train to Derry to see his sweetheart Teresa Scott.

Had he stayed, he would have been part of an event that not only brought shame onto the league, but also brought about the end of Belfast Celtic itself. 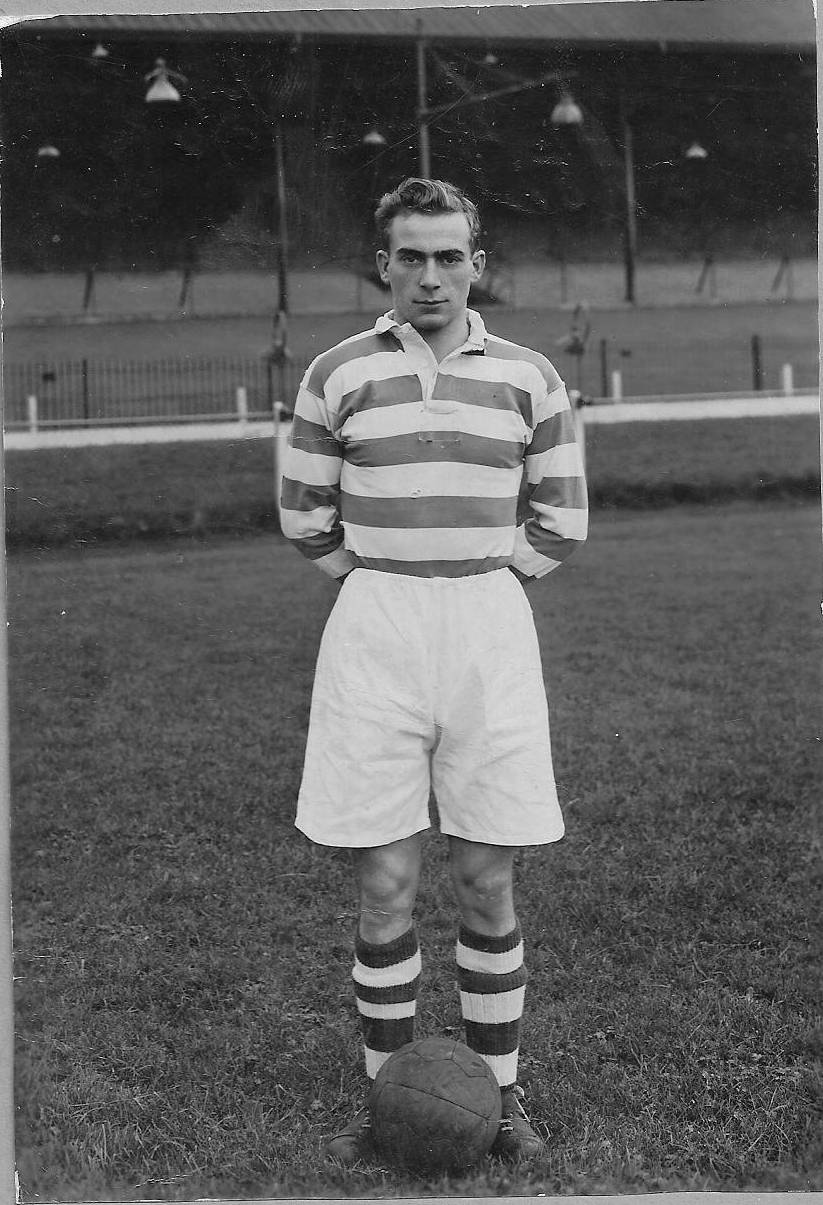 What was a fierce rivalry transcended into ill feeling on that particular day, starting when Linfield's Scottish-born centre-half Bob Bryson was carried off in the 35th minute with an ankle fracture after an accidental collision with Celtic forward Jimmy Jones.

Celtic winger Paddy Bonnar and Linfield inside-forward Albert Currie were then ordered off in the 72nd minute and fighting broke out on the Spion Kop terracing.

It seemed that Celtic, with a man advantage, would win when Harry Walker scored a penalty towards the end of the game, but with four minutes left Billy Simpson snatched an equaliser. Linfield fans charged the pitch and during the resulting fracas, Jones was attacked, suffering a broken leg in the process.

As Vinny chatted on the train, he came to realise that he had had a lucky escape.

Kevin Morrison recalls his dad’s recollection of that infamous day.

“He actually spoke very little about his time in the game, but that was one of the stories he told me from no age. He said it was a perfectly normal day, with nothing out of the ordinary. He had been told to head on home because he was the 12th man.

“He only found out what had transpired when a football fan boarded the train, recognised him and asked him how he had managed to get away unscathed from the mayhem in Belfast. He hadn’t a notion what had happened but he knew he had dodged a bullet."

Fate was very much with Vinny on that day.

One senior player, in particular, was against playing at all.

Celtic legend and good friend to Vinny, Robin Lawler, had received hate mail in the weeks leading up to the game, and was in such a state about it that Celtic trainer, Harry Walker, asked manager Elisha Scott not to play him that day.

The manager ignored his trainer’s request and so Lawler played in that fateful match, meaning that Morrison, Celtic’s 12th man, was not used.

With the fall-out from that day’s events gathering pace, Vinny did make his Celtic debut. It had been a long wait for the young man from the Little Diamond, who had returned from England and a spell at Middlesbrough due to homesickness where he entered a tug of war between Celtic and Glentoran for his services, which the former won.

Although eager to make his mark at such an illustrious club, Vinny was also still happy to continue to play for St Eugene’s Boys Club where the Derry Journal reported goals and assists aplenty.

Although initially reluctant, Vinny agreed to spend his first few months with Celtic earning his stripes in the reserves, where he hit the net quite regularly.

These reserve team performances were obviously being noted by Manager Scott, and so it came as no surprise that, in January 1949, Vinny made the breakthrough into the first team, quickly followed by his first senior goal for Celtic in a 1-0 victory at Bangor in February 1949.

He then went on to play an important role against Derry City when Celtic thrashed the Candy Stripes 8-0 at Celtic Park in March 1949. In fact Vinny is credited with two assists as well as scoring two goals. 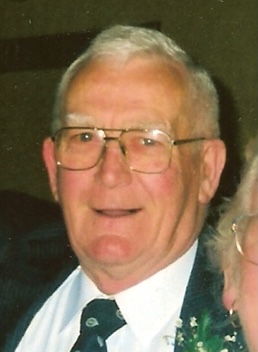 Vinny then scored his last goal for Celtic in a 3-2 victory over Ballymena at Celtic Park in March 1949 as the season ended with a second placed finish behind Linfield.

Unfortunately for Vinny, all this happening whilst the very future of the club was being discussed behind closed doors. The events of December 27 cast a dark cloud over Celtic, Linfield and the league itself.

With the club officials both unwilling to meet Irish League requirements off the field of play and unable to guarantee the safety of their players, officials and fans on the field, the end of the season approached with Vinny facing the prospect of not having a senior club to play for.

Belfast Celtic played out its remaining games in the Irish League and Vinny was in the very last Belfast Celtic XI to play in the league away to Cliftonville in a 3-4 victory.

With their competitive season completed, however, one last glorious chapter in the history of this once great club was still to be written, as Celtic undertook a tour of the United States where they famously defeated the full Scotland international team 2-0.

Alas, Vinny was not to be part of the travelling party as, despite obtaining a new passport only days before the club departed for America, he found himself omitted from the squad at the last minute and replaced by another Derry man, Alex (Lexie) Moore.

Although Vinny was pleased for Lexie, he was bitterly disappointed that he himself had been dropped from the 'history making' travelling party at the last minute. Lexie went on to make his own little piece of history, managing to get his name on the scoresheet against Scotland.

Meanwhile, back home and far removed from the glamour of the US tour, Vinny was still very much in demand and he was soon snapped up by Irish League new boys and Celtic’s replacement in the Irish League, Crusaders FC, for whom he signed on August 18, 1949.

It was here that Vinny made his own little bit of football history when, on the 20th August in a Gold Cup fixture, he scored Crusader’s first goal in senior soccer in a 0-1 victory at Portadown.

The Ireland Saturday Night recorded the goal as follows: “Crusaders made their debut in senior soccer when they served as opposition to Portadown at Shamrock Park. In the 10th minute a grand effort by Morrison put the visitors ahead. He gathered up the ball from a midfield pass and slipping Lyness (Portadown centre-half) put the ball into the net far out of Bennie’s reach.”

Two weeks later Portadown were again on the receiving end of Vinny’s lethal marksmanship, as he 'tricked the defence to beat the goalkeeper' in another Gold Cup fixture.

Vinny subsequently went on to score more goals for the Crues, 11 in all, including one against Larne in September in a 2-3 defeat, another against Ballymena in October in a 2-2 City Cup draw, and yet another against Coleraine in a 3-1 tussle at Seaview in November.

In between these games, another visit to the Brandywell saw Vinny’s run of defeats to his home town club continue with Crusaders as they lost to Derry City once again although, according to the Derry Journal (12/09/49), “Morrison should have given Crusaders the lead in the first minute...but the outside right ballooned wildly wide when it seemed a much simpler task to score.”

The two teams played each other again in January 1950, with Vinny on the losing team yet again, despite the Derry Journal stating he started the game like he was “going to be the best forward afield” and that his marker Brennan found him “a tough handful”.

Yet despite Vinny’s lack of success against his hometown club, elsewhere the goals continued to flow and as the season moved on to January 1950, Vinny went on to add six more goals to the five scored at the start of the season.

In January, he scored against Belfast junior side, Albert Foundry in the Irish Cup and yet another goal followed in February in a thrilling 4-4 draw against Portadown - Vinny’s third against the Ports that season.

Cliftonville were next on Vinny’s hitlist as his “prominent performance” saw him smash two past the Reds in a 7-2 demolition of the Belfast outfit.

Vinny then scored his last two goals for Crusaders against Glenavon in a 4-1 victory in April 1950, and played his final game for the Crues against Glentoran at Seaview. Vinny’s first full season in senior football finished with a respectable 11 goals in 34 appearances.

It therefore came as a big surprise that, despite settling so well with Crusaders, a club Vinny described as “a progressive working man’s club with a marvellous atmosphere”, his time there was soon to be cut short.

Rumours were circulating around the club that Crusaders were interested in signing a player called Dunwoody from Ballymena United and wished to use Vinny in a swap deal. And in an era when players had little say over their careers, the move went ahead and Vinny soon found himself on his way to the Ballymena Showgrounds.

Later, he would play for Derry City, Portadown and Sligo Rovers, making an indelible mark on the local football scene.

It was the events of that day at Windsor Park in December 1948 however, which proved a real crossroads in his career, as they could well have prevented Vinny from having a long and successful career at a club where he seemed a to be a great fit.

“He loved Celtic,” Kevin adds. “They treated him very, very well. There were top, top players there, some of whom would go on to be internationals, and he was fitting in well. He was modest but he definitely thought ‘this was it’ at Celtic.

“He had come back from Middlesbrough because he was homesick and his father told him he had to go for it. He got his debut after Windsor and was playing well but he knew from listening to the senior players that they weren’t going to last. The club was never the same after what happened.”